With great enthusiasm I caught my flight and headed to Marsh Harbour, Abacos, Bahamas.  I had an offer and acceptance on a 2008 Lagoon 380!  The trip over was uneventful, even with the flight from Nassau to Marsh Harbour on a 50 year old puddle jumper!

The next day I met up with Gary and the owners on the arranged sea trial!  We sailed for a couple of hours in the Sea of Abaco.  It was nice to have 15 knots of wind and no waves, as the islands protect the Sea of Abaco from the ocean swells.  The catamaran sailed fine, but I constantly hit my head on the bimini stainless steel supports.  As it turned out I declined the boat because of three things:
1).  The softtop bimini was too low for me and the cost of upgrading to a hardtop would be significant.
2).  The freezer section of the refrigerator was the size of two ice trays, so the cost of a separate freezer would have to be added.
3).  The poor finish on the cabinets.  The cabinet doors were all suffering from pealing of the laminate and the counter top was a Formica looking top.  On such a nice boat I was surprised that they didn't use Corian or something more substantial.
Later that day, I was able to visit a 2008 Leopard 40 which was at the dock.  I was really amazed by the hardtop bimini and the headroom!  It also had a separate freezer and the kitchen was finished out very nicely and had Corian counter tops!  This was the boat that I was looking for!  So Gary went to work and found that there was a 2008 Leopard 4 Stateroom available for sale there at Marsh Harbour!  It was in the middle of the refit, so it was located at the boat yard on the hard.  We caught a quick taxi and headed over to the boat yard!  Since we didn't have full permission to view the boat, the head boss was out of pocket, we were hoping to impress the manager of the boat yard with Gary's business card and credentials.  Well, when most boat yards have a large pit bull or other large breed dog to guard the yard, but this boat yard had a rather large, tall woman running the office.  She was tall and tough as they come!  No one gets in the yard without approval from the head boss!  We quietly exited the office and caught our taxi back to the hotel!  I should have taken a picture of the Lady boss, but at the time I valued my camera too much!
The next day, with full permission from the head boss, we were able to view the catamaran.  After our inspection we made an offer on the boat, knowing that several other people were also interested in it.  At the end of the day, we lost out to an Ozzie, who bid the price up a bit higher than I could go!  That was a disappointment, as now we were out of options in the Bahamas.  One boat declined and the other out bid!
To make matter worse, there was an airplane that crash landing at the Marsh Harbour airport on that Thursday and the airport was closed.  We were told that the plane had a flat tire and the landing gear gave way, allowing the plane to slide on the runway.  We were also told that no one was injured, which was good news.  Later on we learned that they plane had a very hard landing, and the wing fell off!
On Friday, after eating my favorite new breakfast, some sort of meat pie, orange juice, and an Abaco Cruising Guide (thanks Gary!), we found out that the airport was closed again, and that we needed to hurry to Treasure Cay Airport ($85 taxi ride).  My flight wasn't until 1:55, but Gary's was earlier.  We shared a taxi and headed for Treasure Cay Airport.  When we arrived there, there was another hundred people trying to do the same!  The airport was the size of a small house, and it was chaos!  After literally standing for about 4 and a half hours, I finally was able to get on my flight and head back to Nassau and then home!

Posted by Unknown at 1:48 PM No comments:

Since my mother in law was in town, we wanted to drive down to my Sister's house in McKinney Texas and see her, my father and their families.  We left after the Shareholder meeting, so it was a long day!  We got up around 3:45 to be in line at the Shareholder meeting at 5:45.  My sister has a beautiful house with a pool in the backyard, so we really enjoyed hanging out with them.  Of course shopping was the theme of the week, so we tried our best to boost the Dallas economy!
﻿
﻿
﻿
﻿﻿﻿﻿
﻿﻿ ﻿﻿

Oh yes, I almost forgot to add the final picture!  We saw this lady driving down the highway totally loaded down!  This was in Texas, not some 3rd world country!  Crazy!  I hope that our boat doesn't look like this when we head out cruising..hint..hint Mom :)!

Posted by Unknown at 9:38 AM No comments:

My mother-in-law was here from Bogota Colombia, so we had the unique opportunity to take her to the Walmart Shareholders Meeting.  This is held each year in the Bud Walton Coliseum on the University of Arkansas campus.  It is a huge affair, with thousands of store associates and management coming in from the US and all of the Walmart International countries!  The store associates are involved in many activities throughout the week and it is capped off by the shareholder meeting.  We always have a few special guest, so this year Hugh Jackman was the MC.  He did an outstanding job and is very talented.  We also had Tom Cruise, who spoke about the great environmental things that Walmart was doing.  We also had Prince Royce, Jennifer Hudson, John Legend, and Kelly Clarkson attend!  It was another great production by the Walmart special events team!

Posted by Unknown at 9:03 AM No comments:

Travel booked to the Bahamas!

Tickets are purchsed and hotels are being confirmed for my trip to the Bahamas next week to look at 'Island Time', the 2008 Lagoon 380!  It will be my first time to the Bahamas, so I am excited about flying over the beautiful water and seeing the boats! 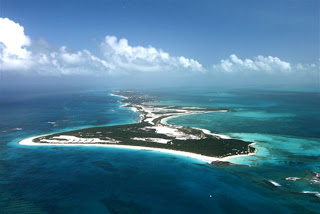 Posted by Unknown at 9:56 AM No comments:

My Mastercraft sold yesterday!  They always say that the two best days of owning a boat are the day that you buy it, and the day that you sell it, but for me it is sad to let my Mastercraft go!  We enjoyed the boat on Beaver Lake for the last couple of years, but we are trading Beaver Lake for the Caribbean, not a bad trade!  Good bye Mastercraft!!!  The new owners (Chad) just sold their boat the day before, he only went about 20 hours without a boat!  I think that he made a good trade, as our boat was in excellent condition.  Good luck Chad!!!

Posted by Unknown at 9:48 AM No comments: