It seems most of the cruisers here in Isla Mujeres were waiting on a weather window to head to Florida!  Every morning there was a group of captains listening intently to the morning Chris Parker weather broadcast.  There was much discussion, as Chris was recommending that the cruisers sit in Isla Mujeres a little longer, as there was large waves on the other side of Cuba!  The trip back to Florida can be one of the most challenging one, if the winds and waves gang up against you!  There is also the gulf current, which flows north but then loops back south and around Florida that is another factor.  Getting out into any north wind, against the current causes really rough seas, so care is needed to find the right weather window.

If our case, we were not waiting on a weather window, but for a new buyer to fly down and inspect and do a sea trial.  The first deal fell apart for some unknown reason, but not related to the condition of the boat, so we had another offer and was now waiting for the new buyers to show up.

So in either case, we were all waiting on something, so we went on a day trip!  We rented a four passenger golf cart with our friends Chuck and Deb from s/v Neytiri and headed around the island. 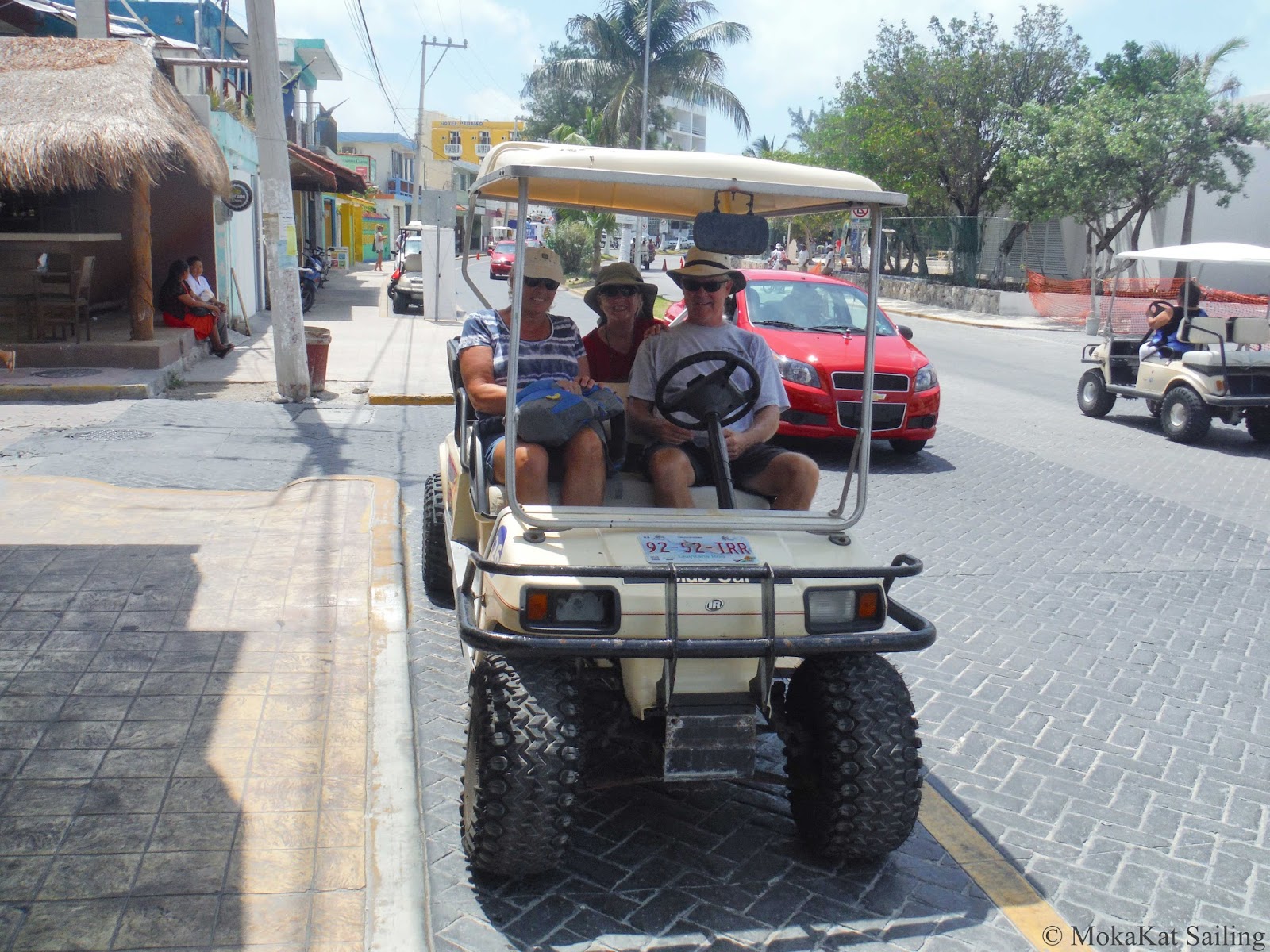 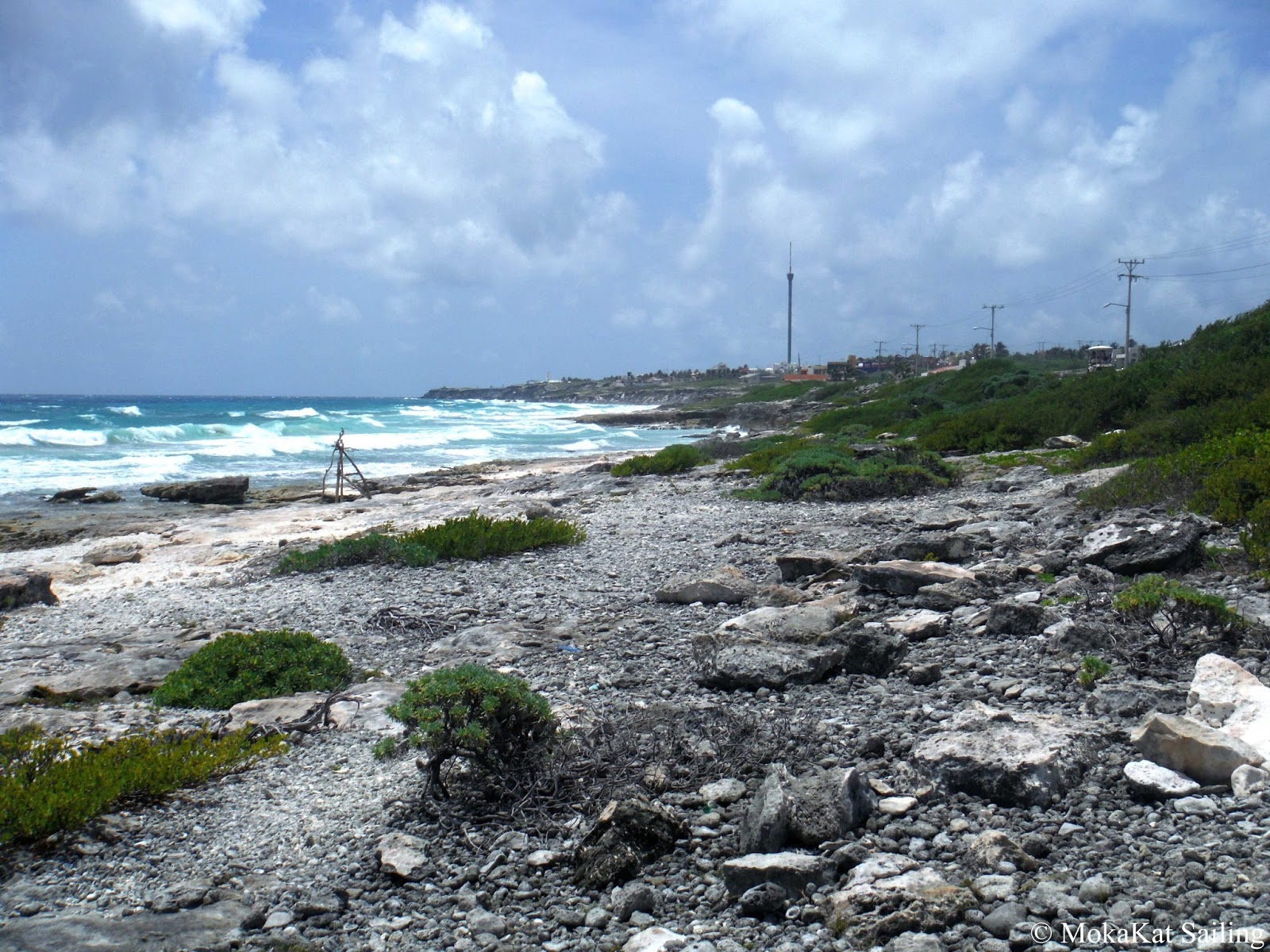 East side of the island 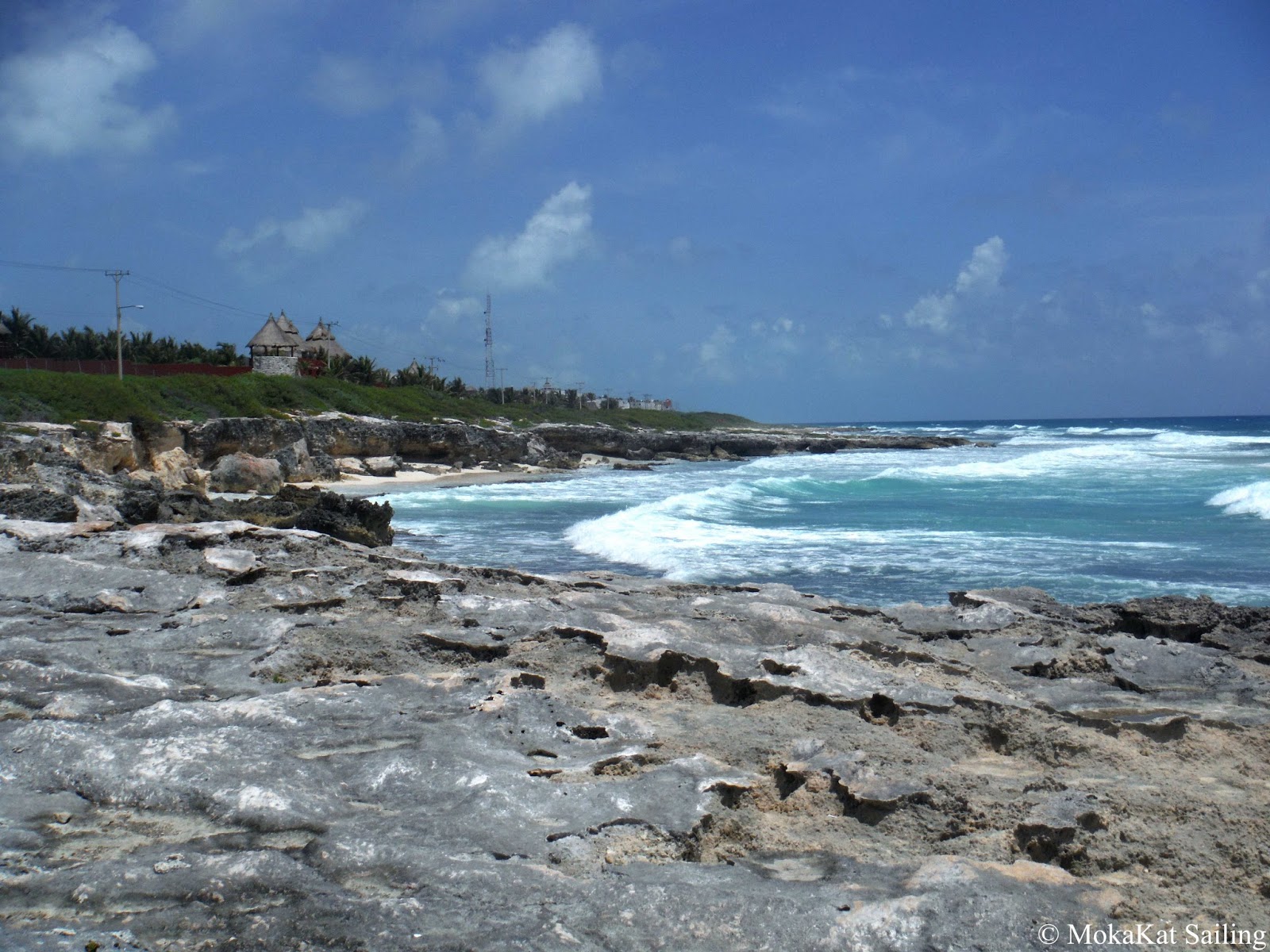 As we came down the east side of the island, we finally arrived at the most south east spot.  There was a walking path with beautiful views of the cliffs, ocean, and some metal artwork. 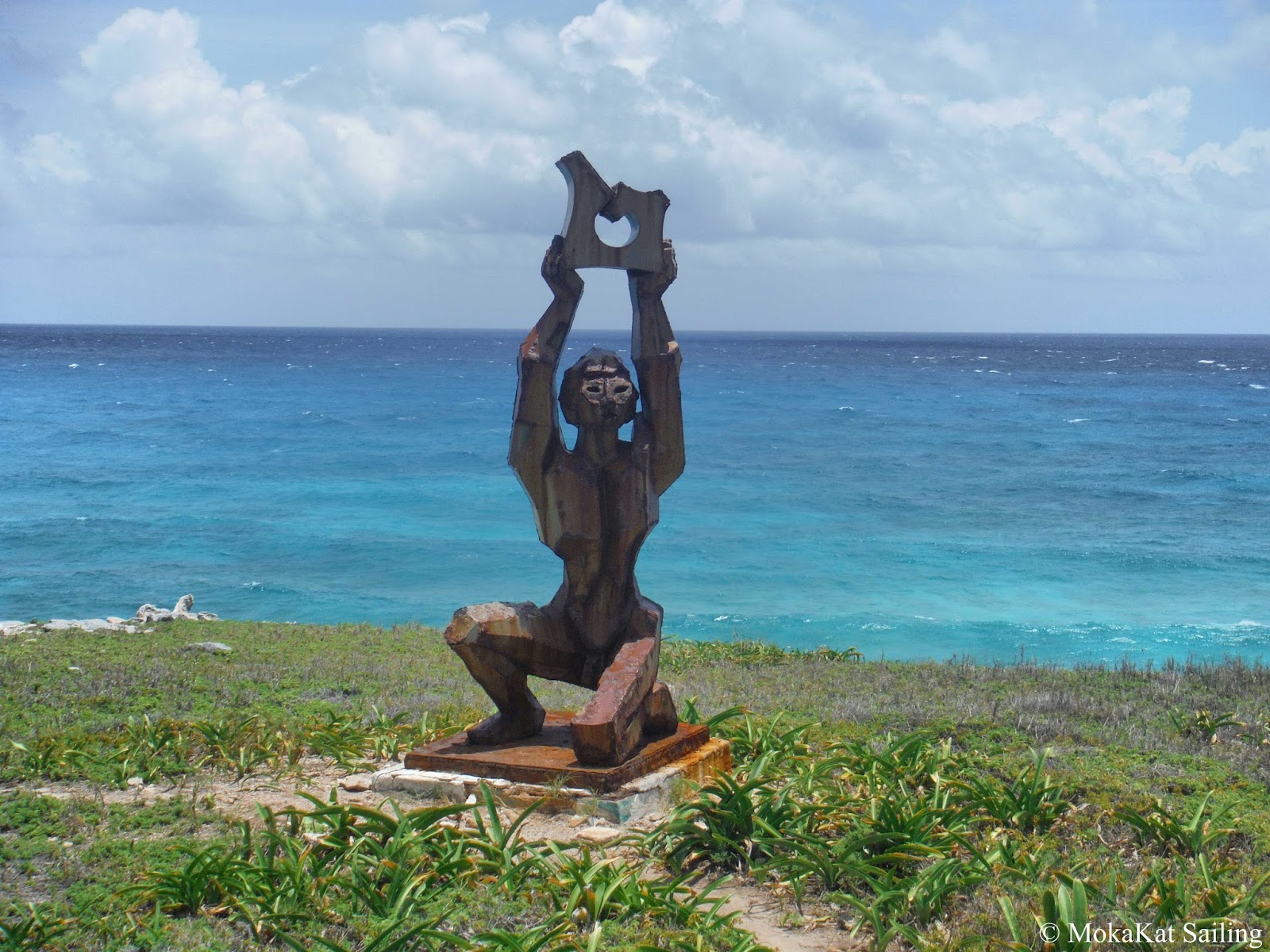 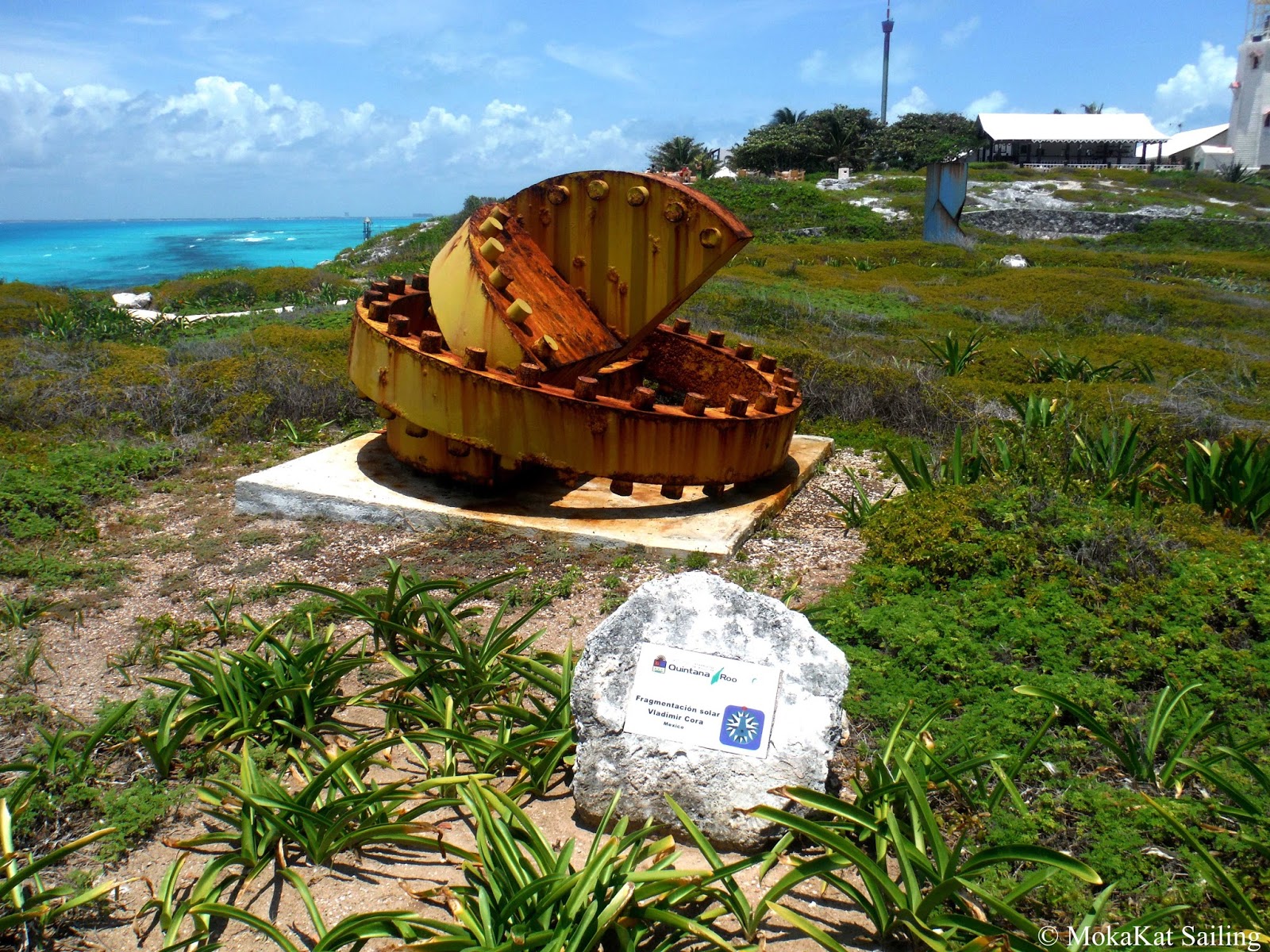 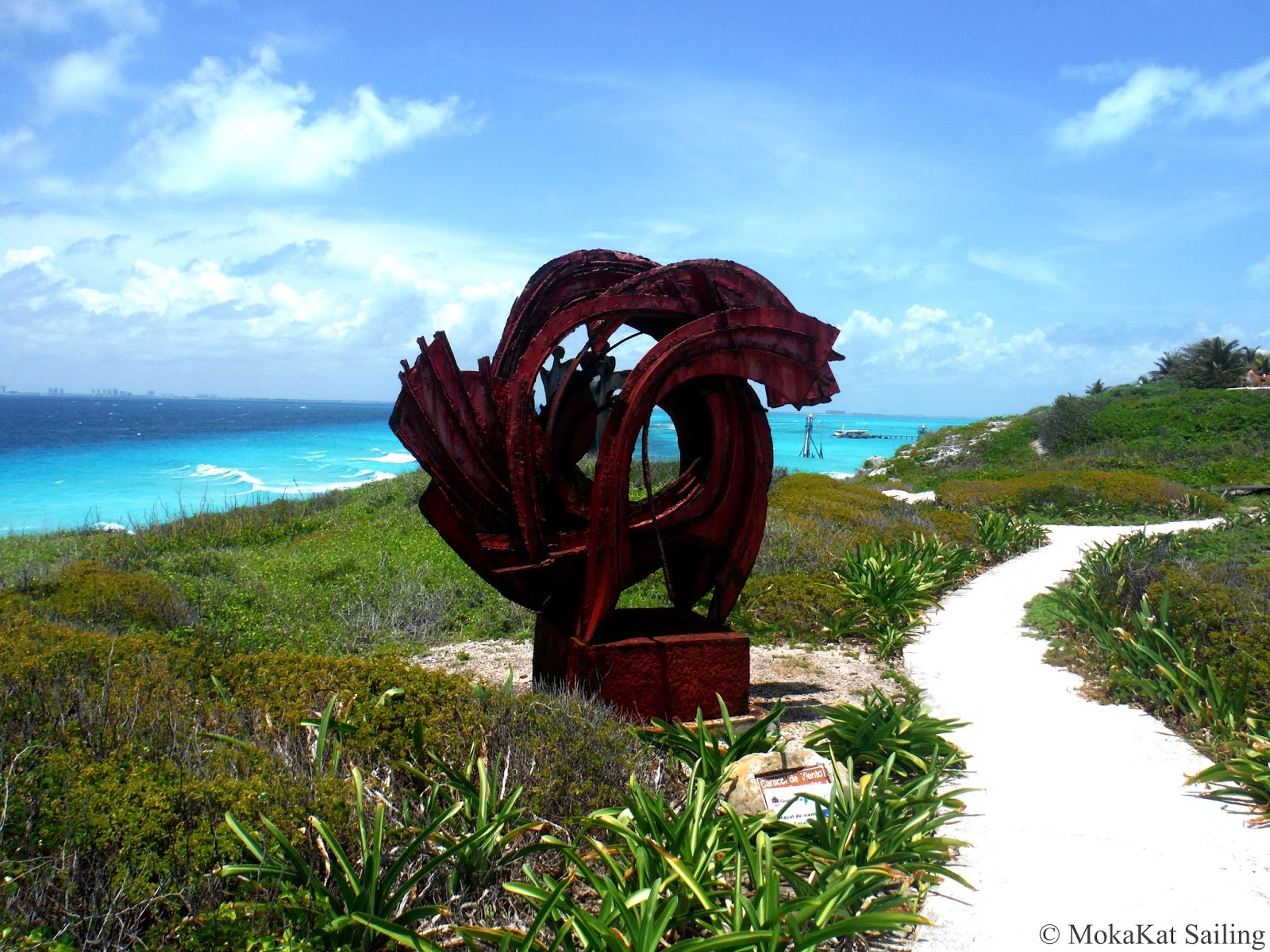 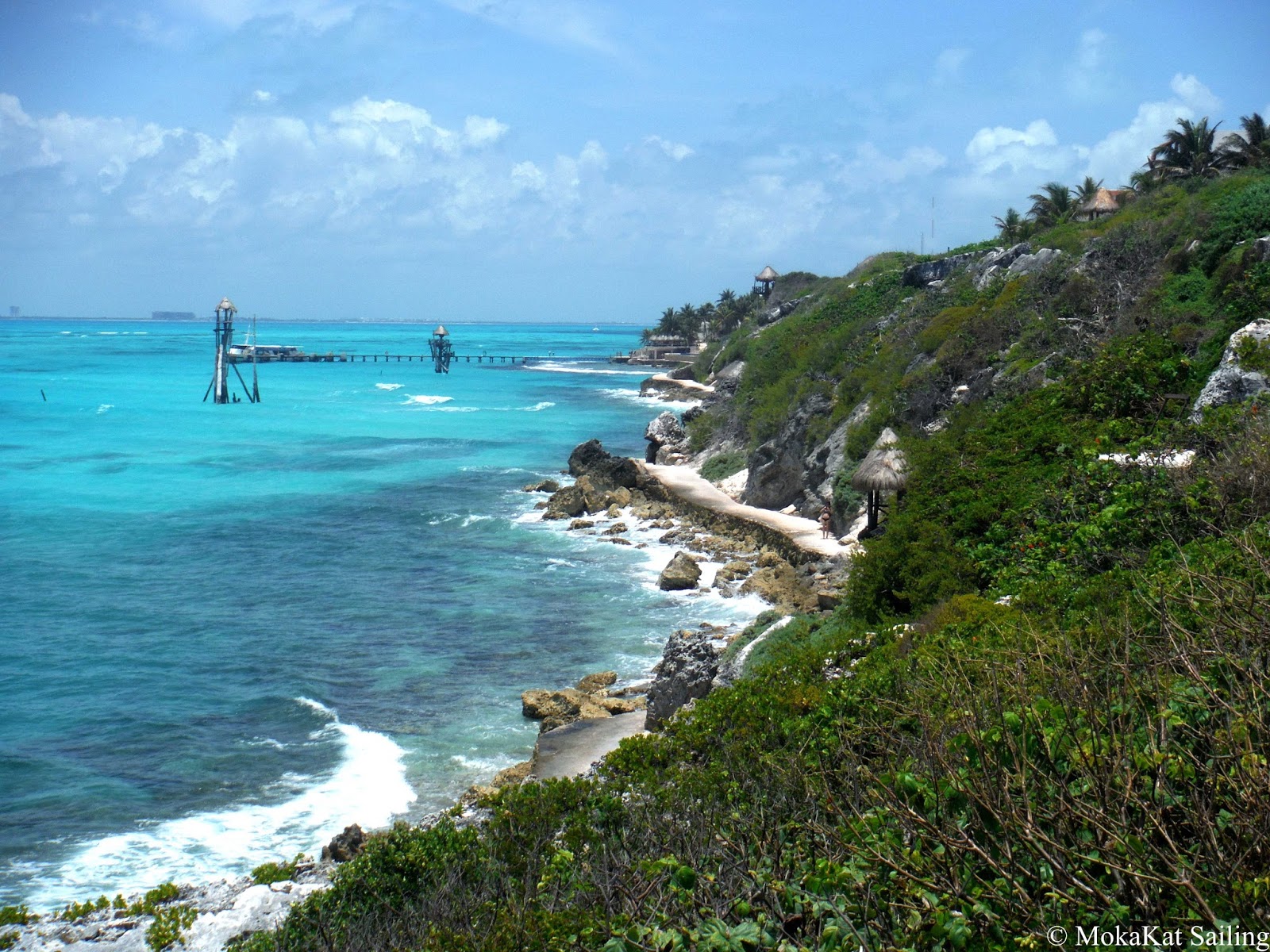 Zip Lines over the water in the distant 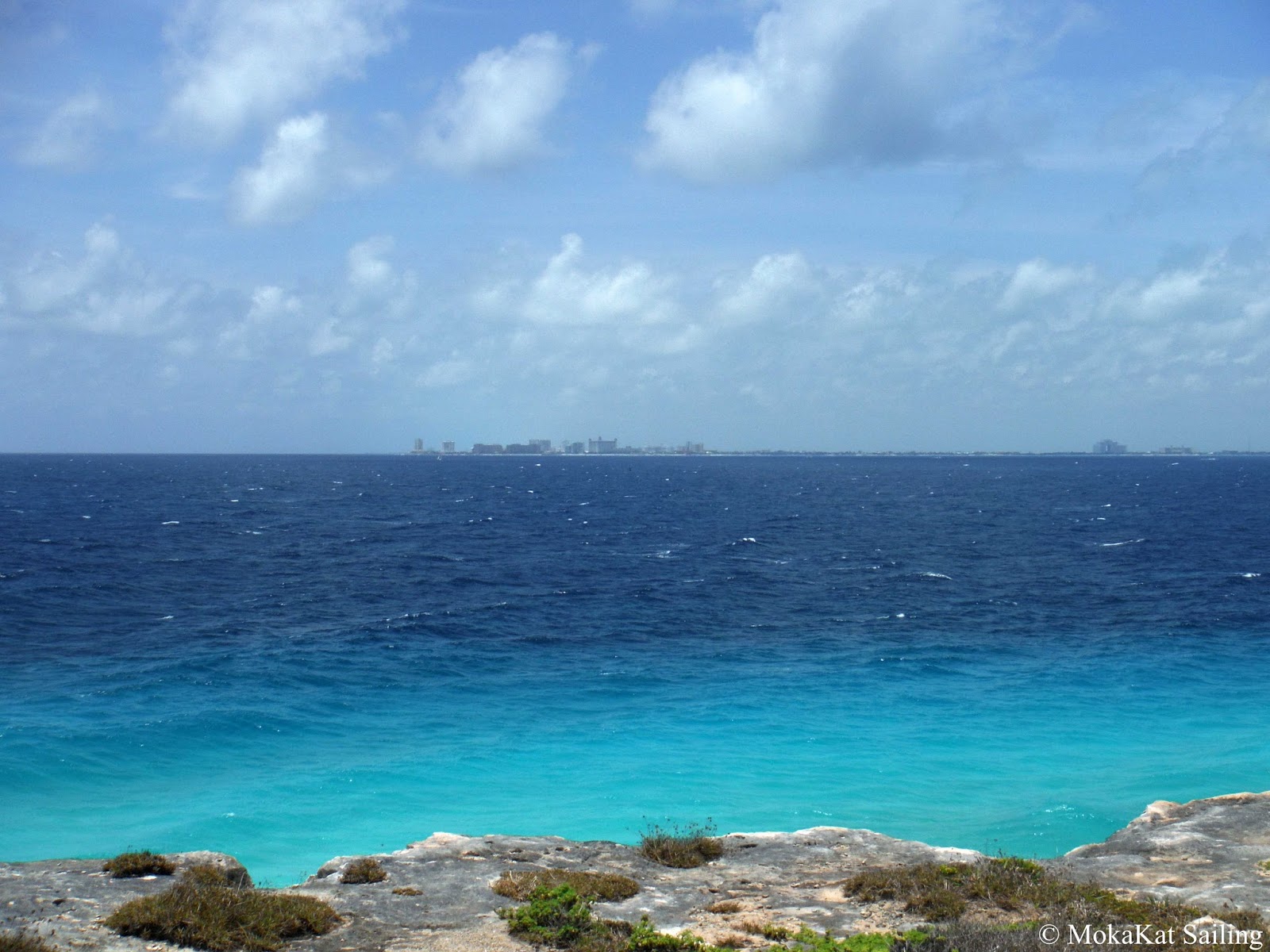 Cancun in the distance 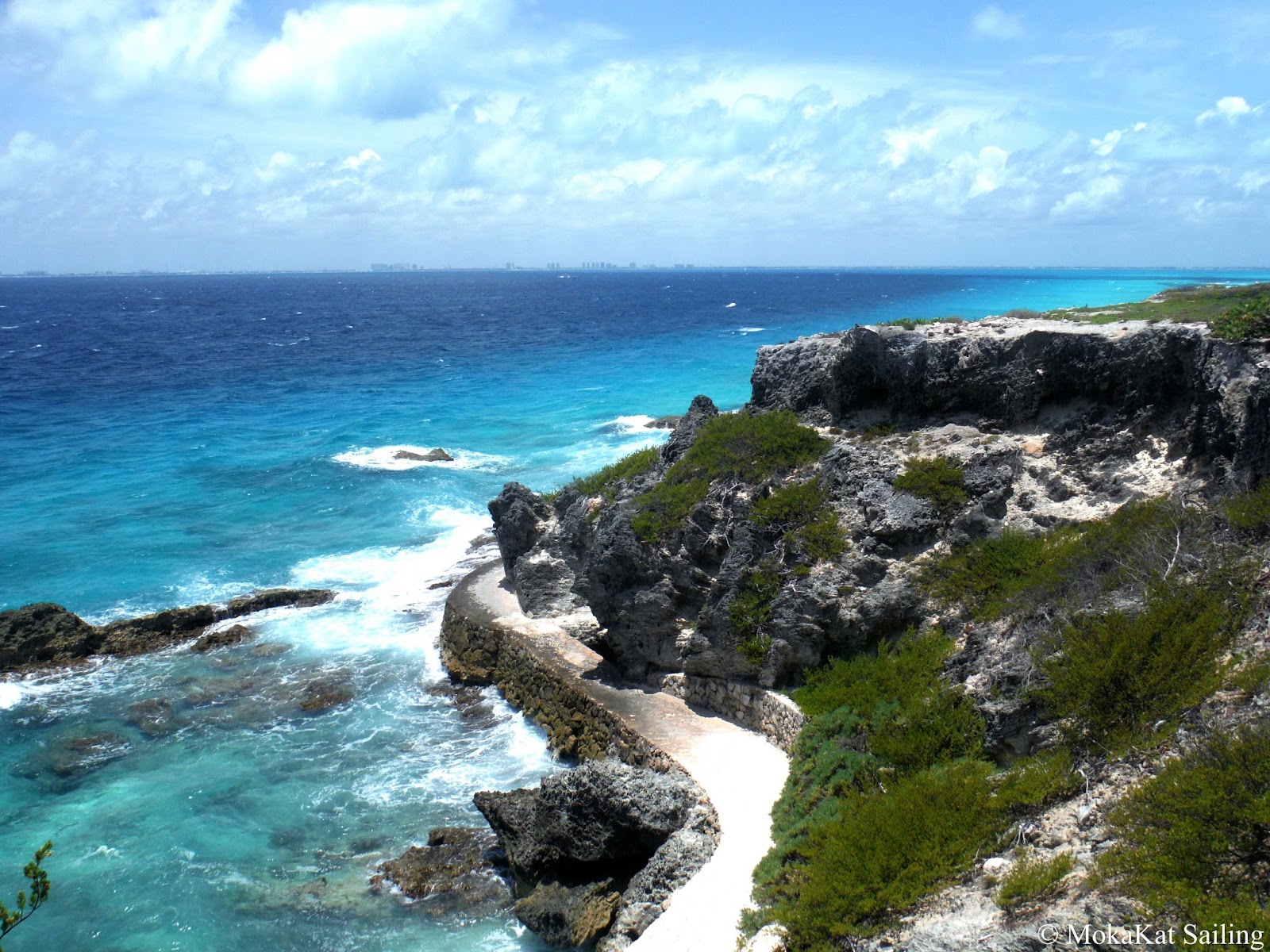 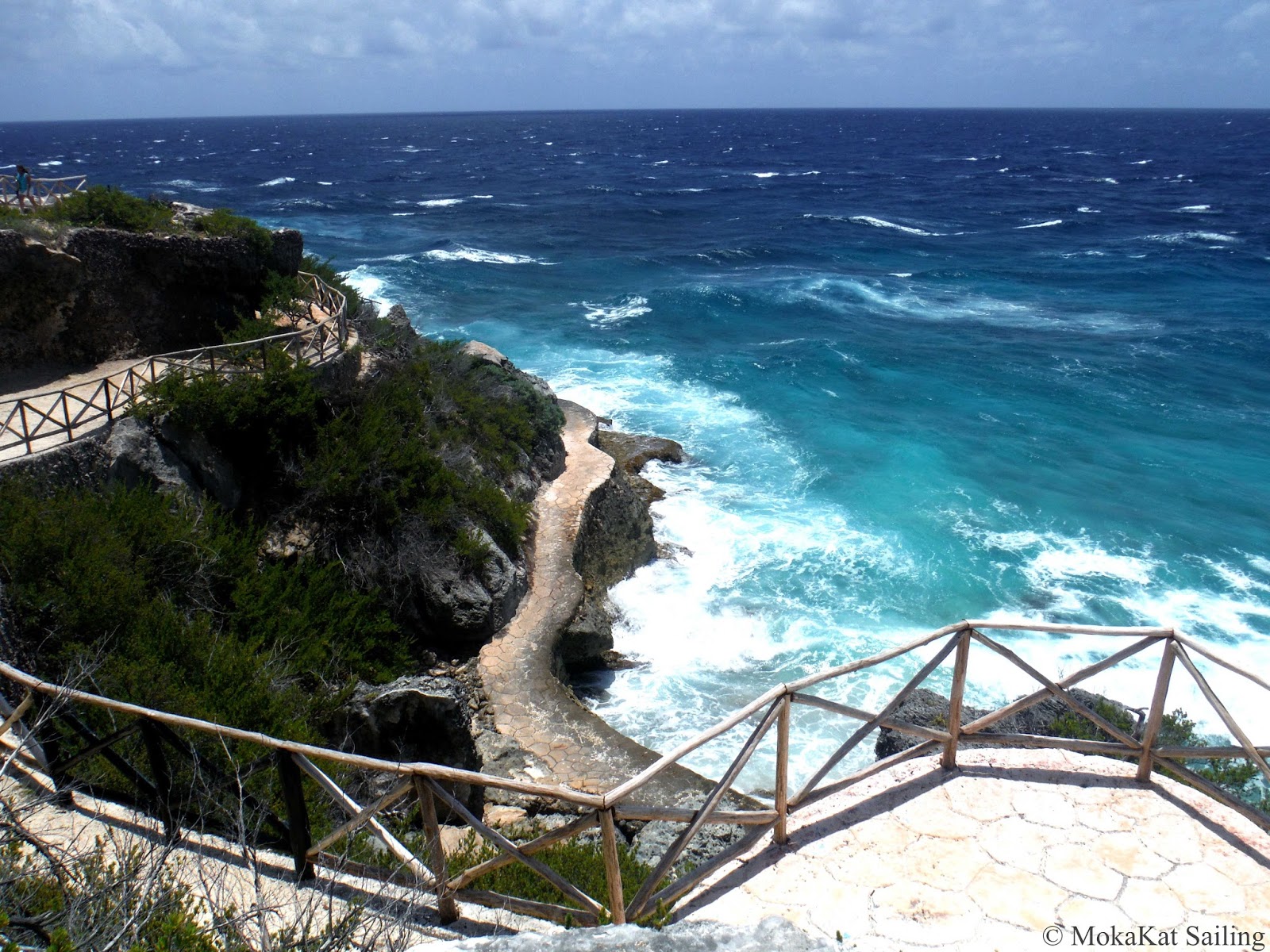 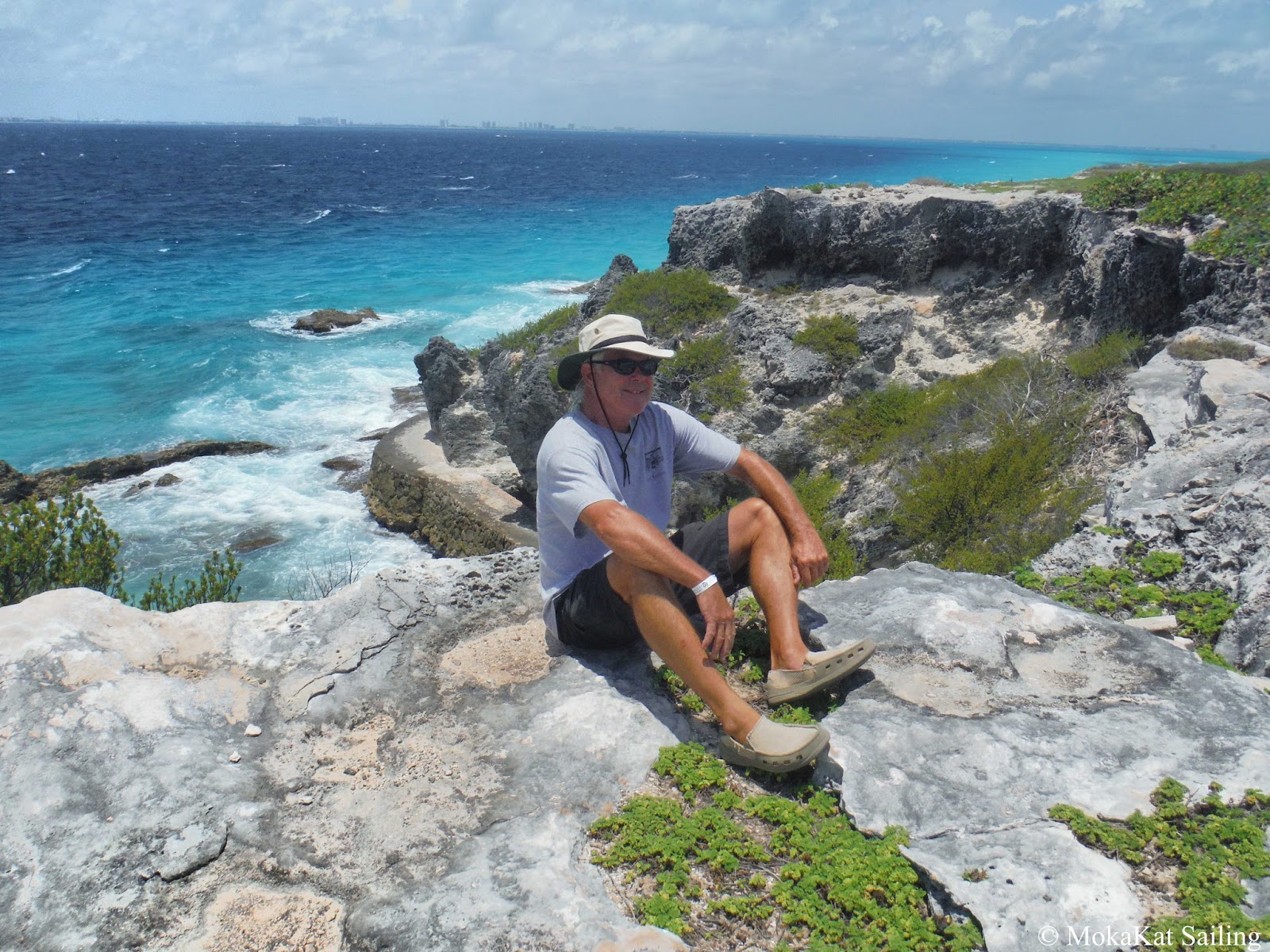 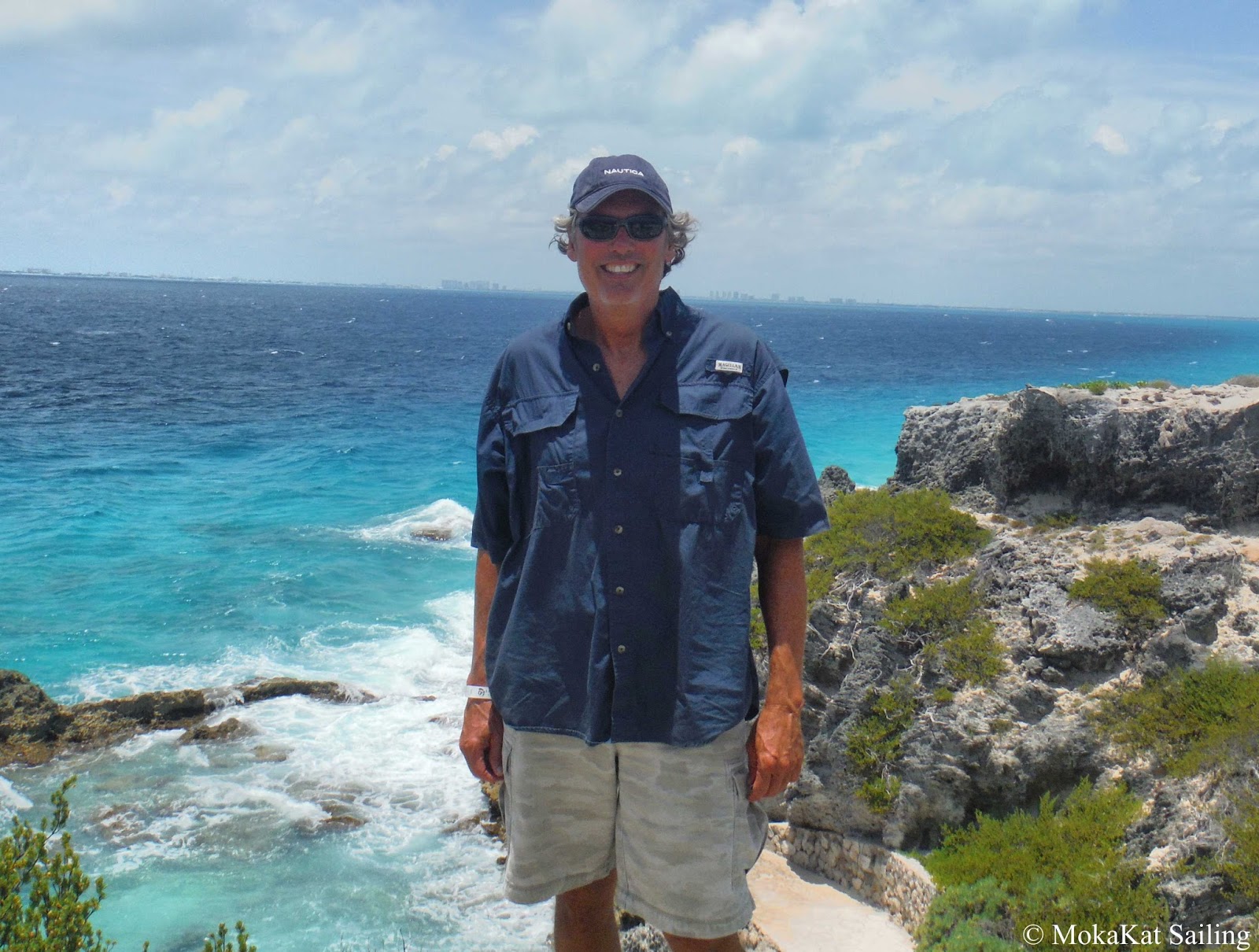 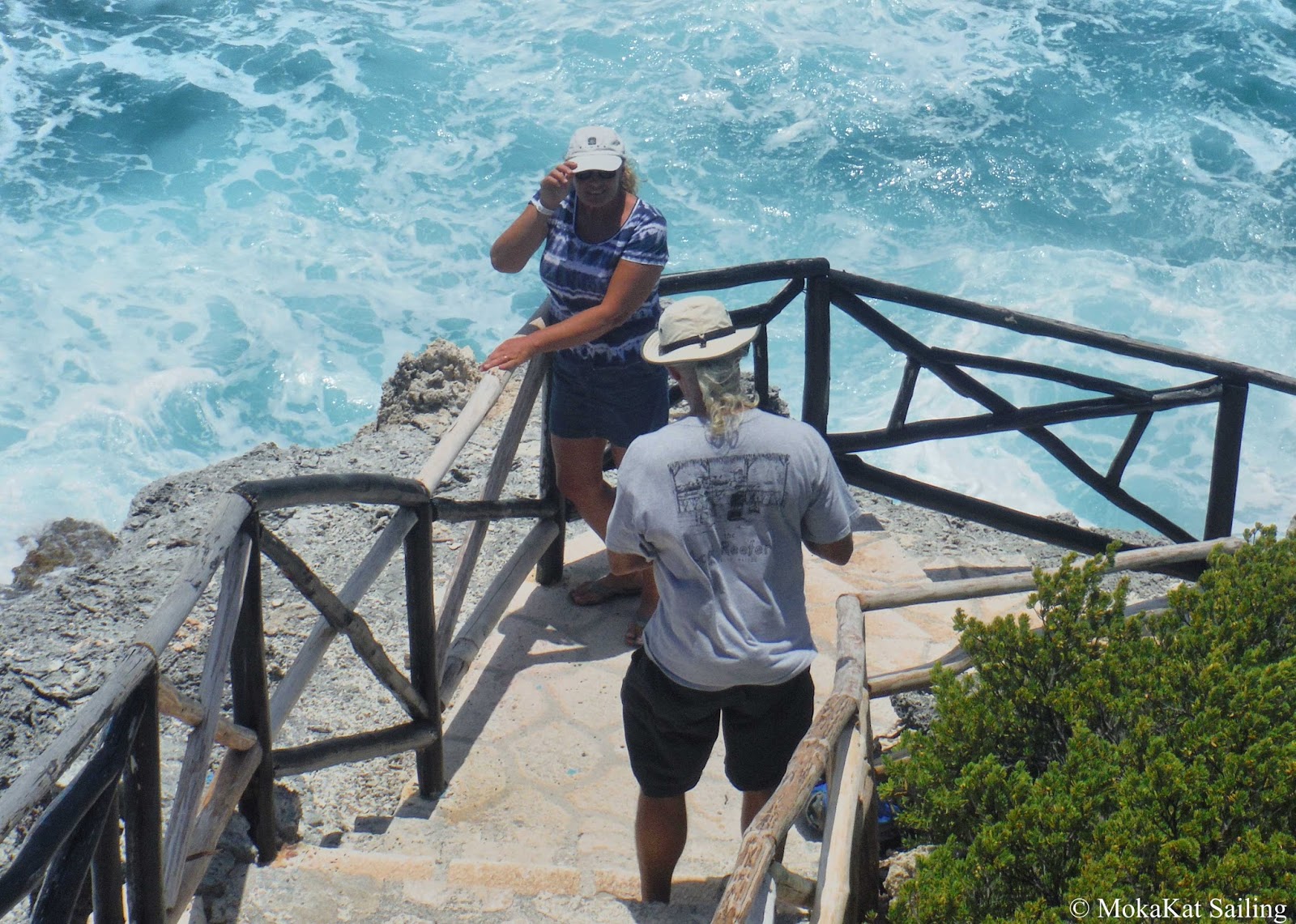 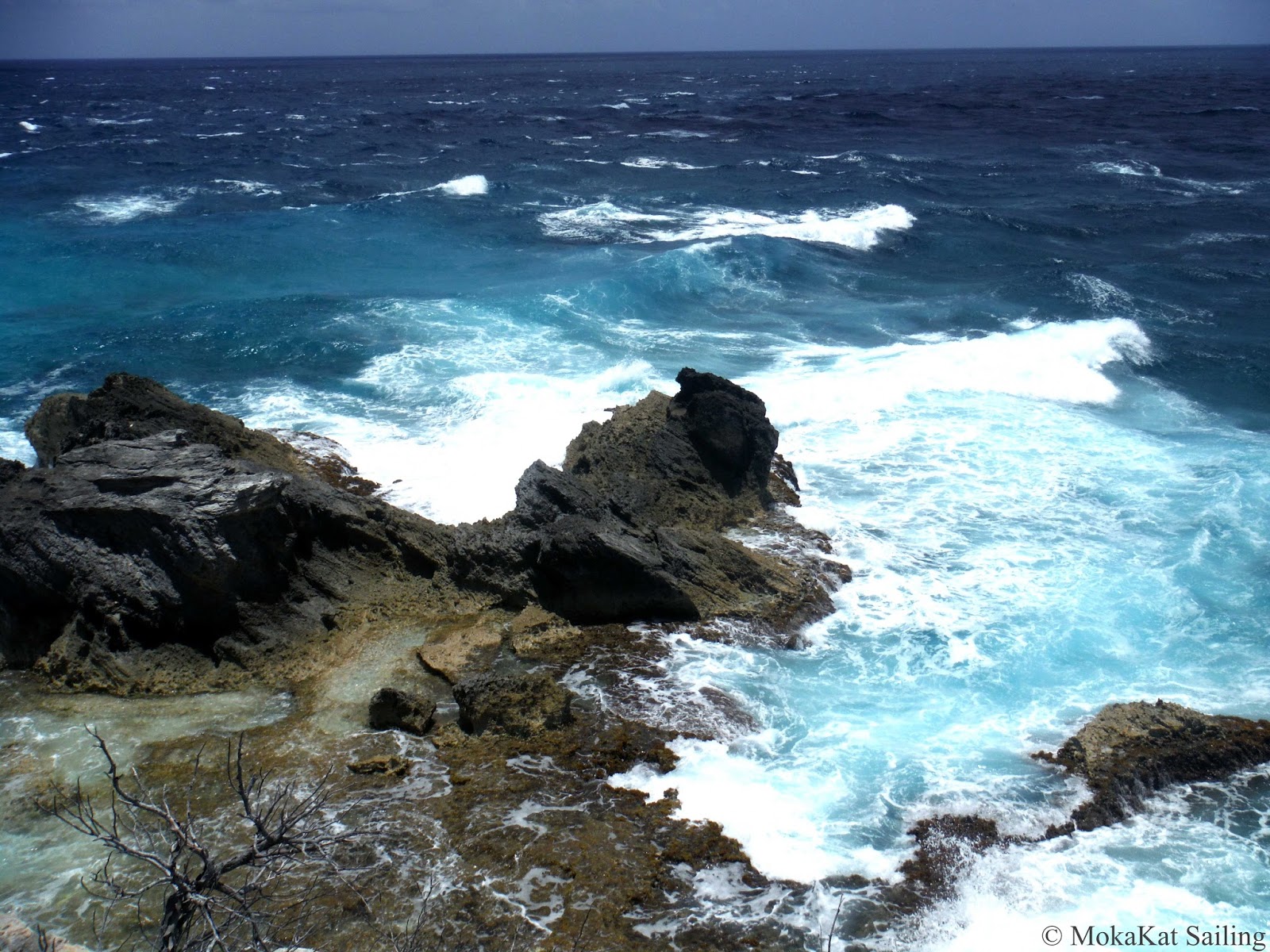 Wow, the waves were large today!  Glad that no one left for Florida! 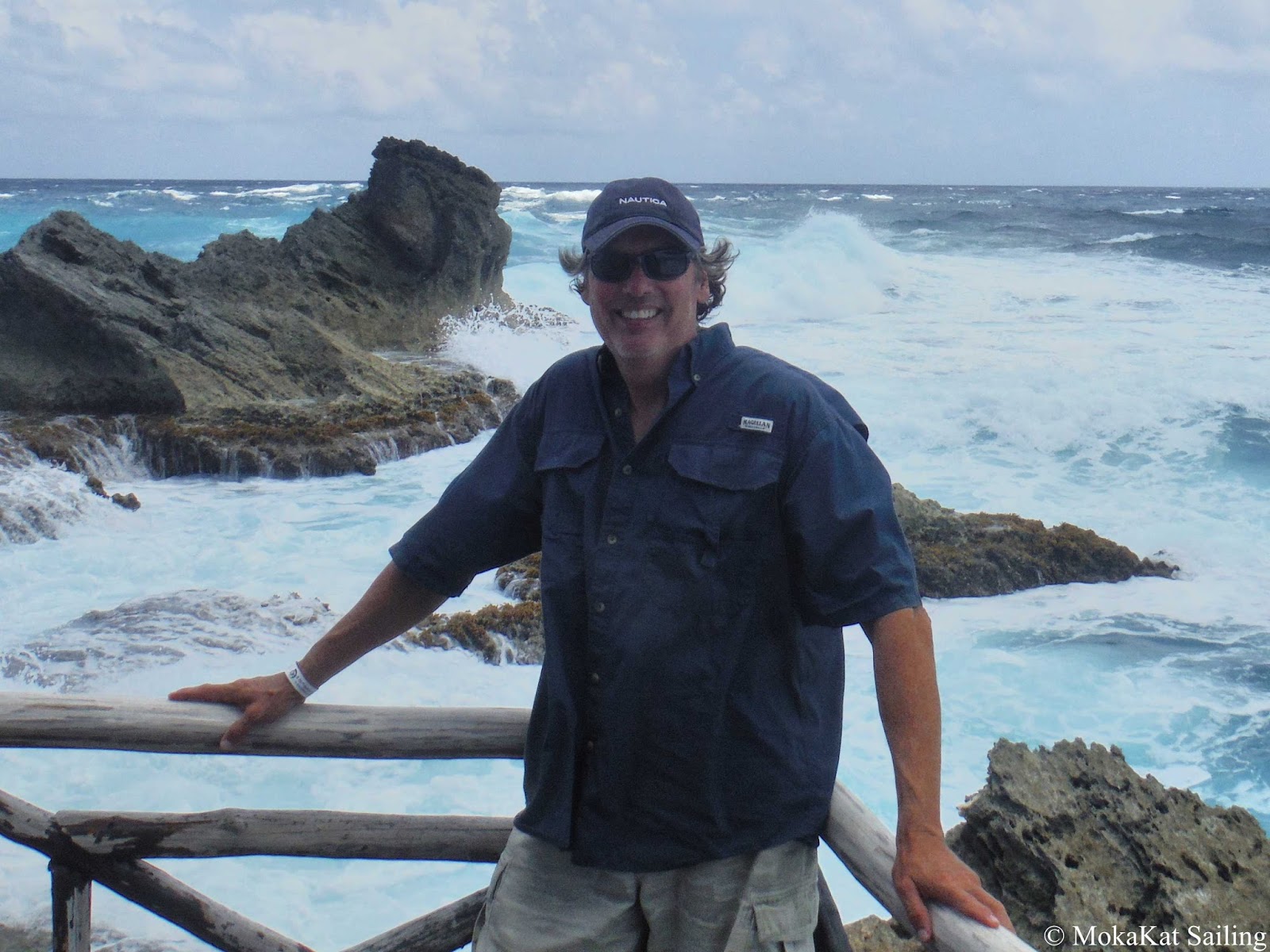 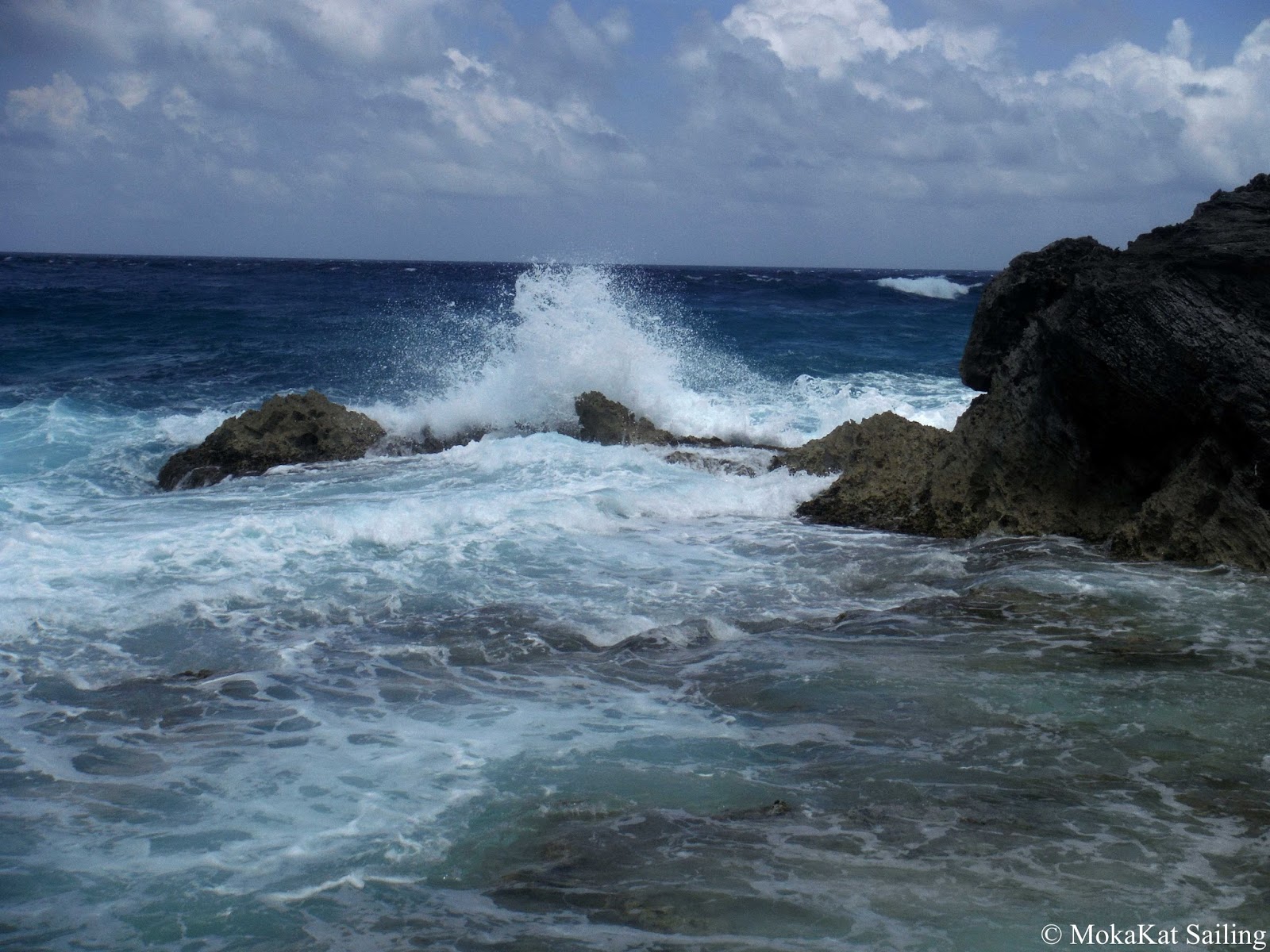 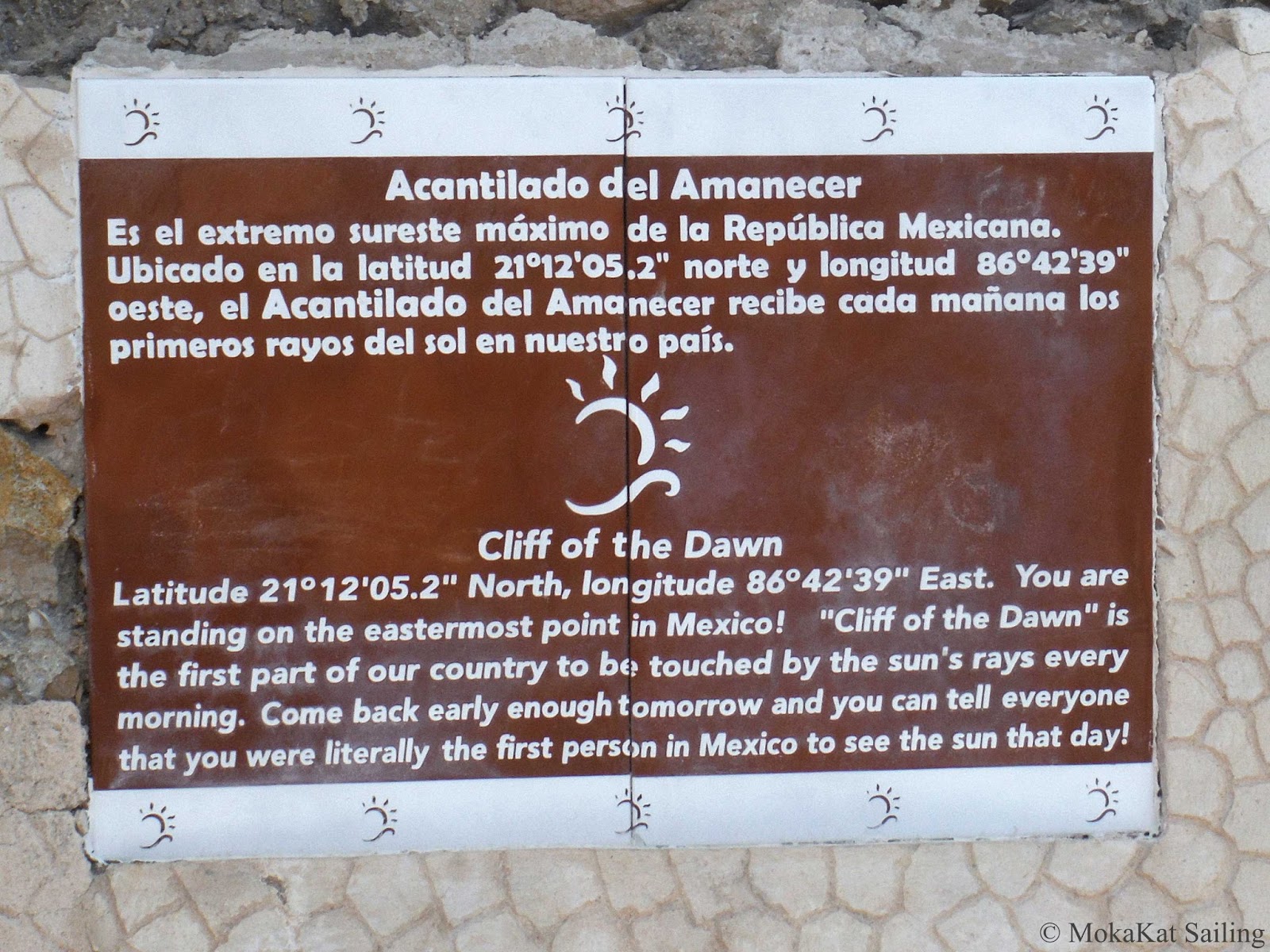 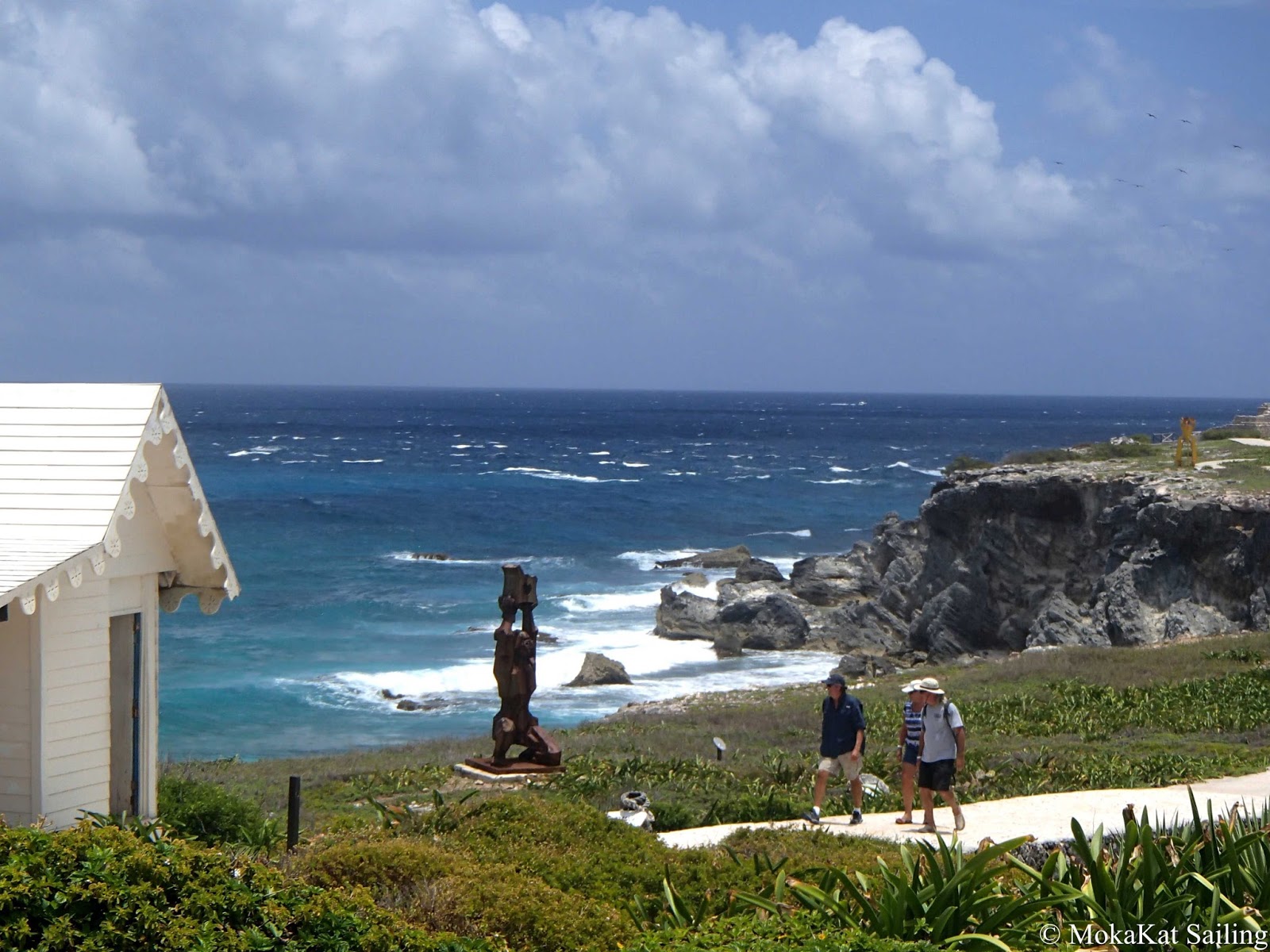 Dale, Deb and Chuck returning from the trail 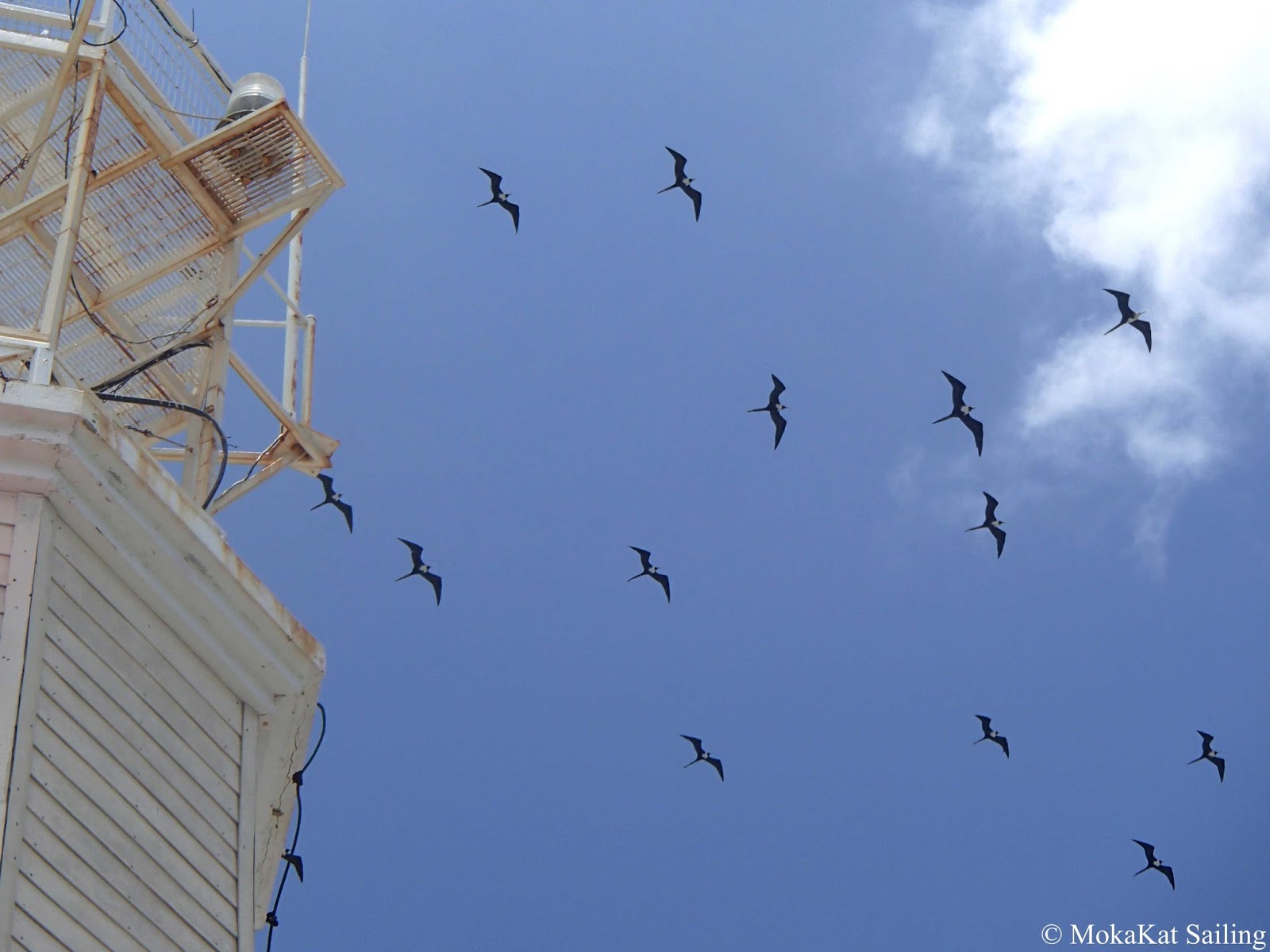 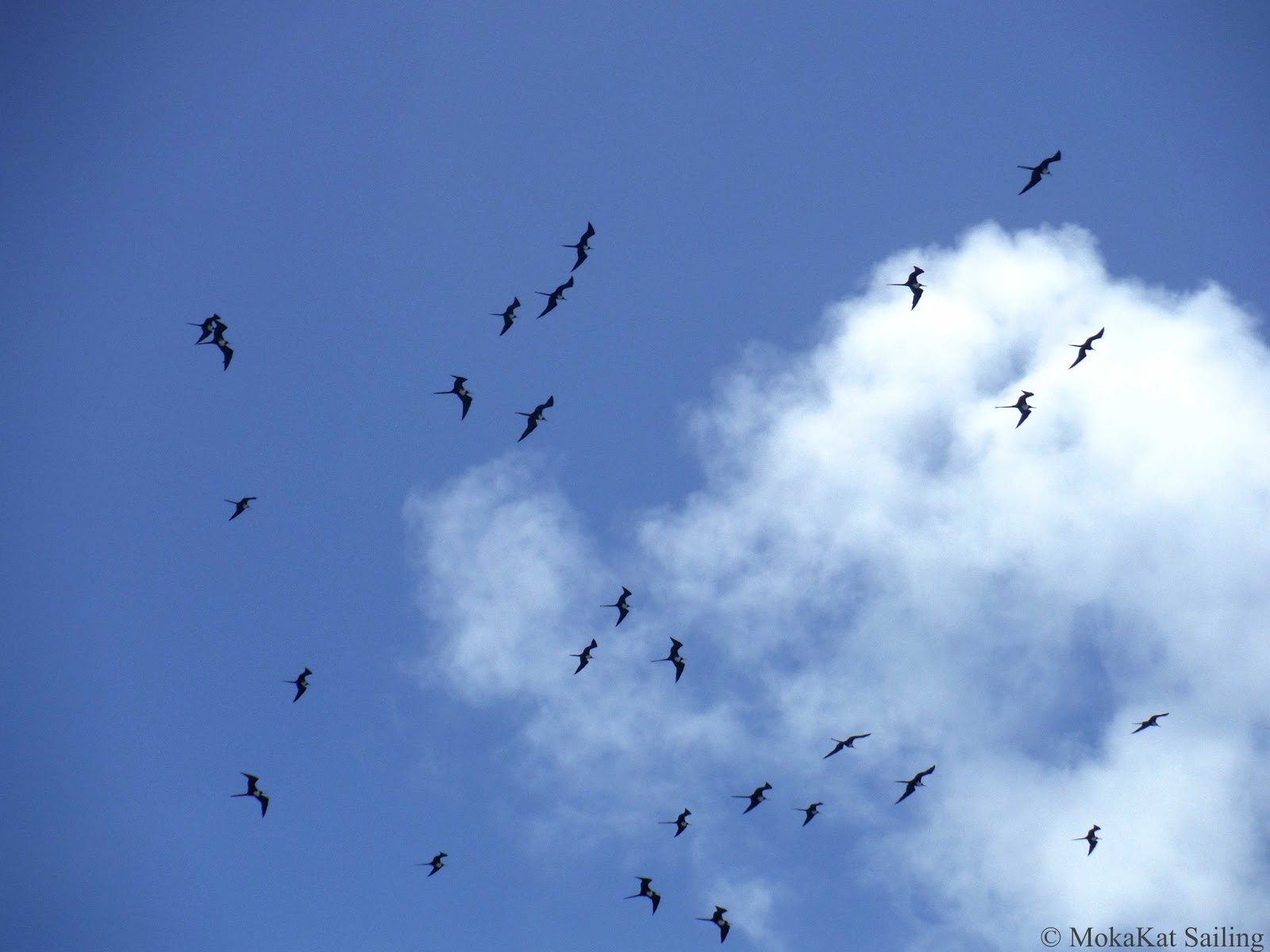 Frigate birds enjoying the updrafts from the bluffs 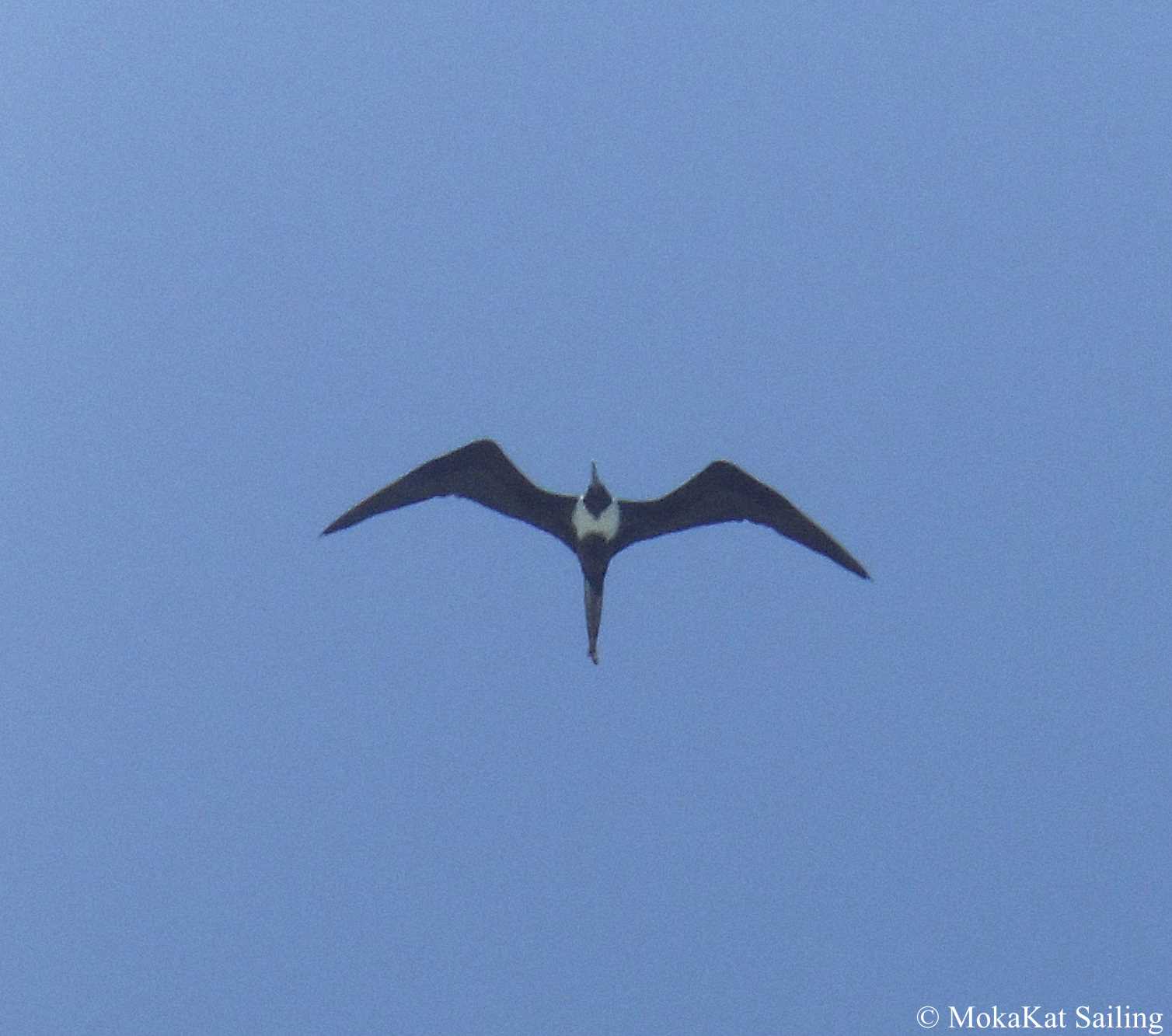 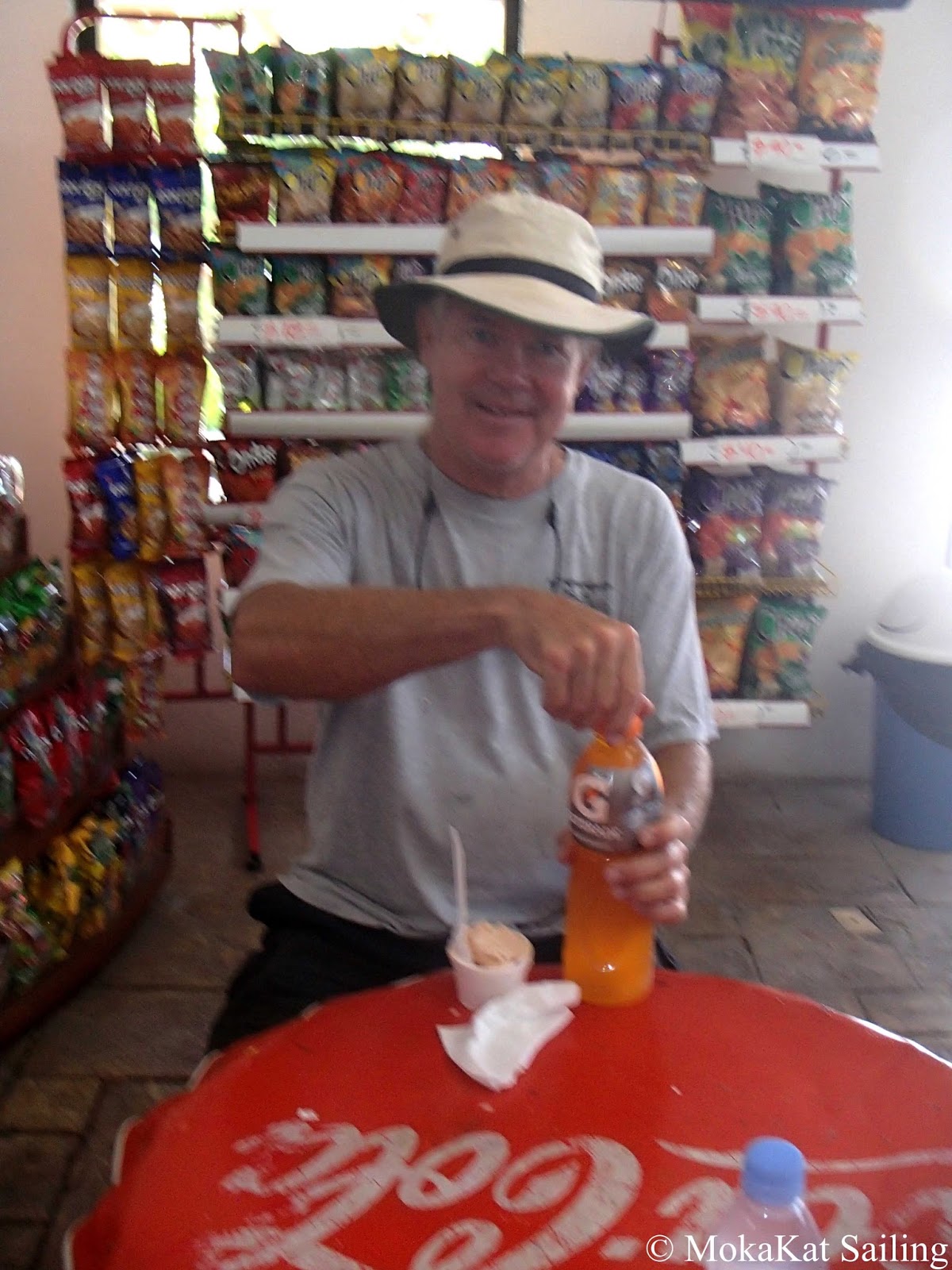 Chuck, ready for a break! 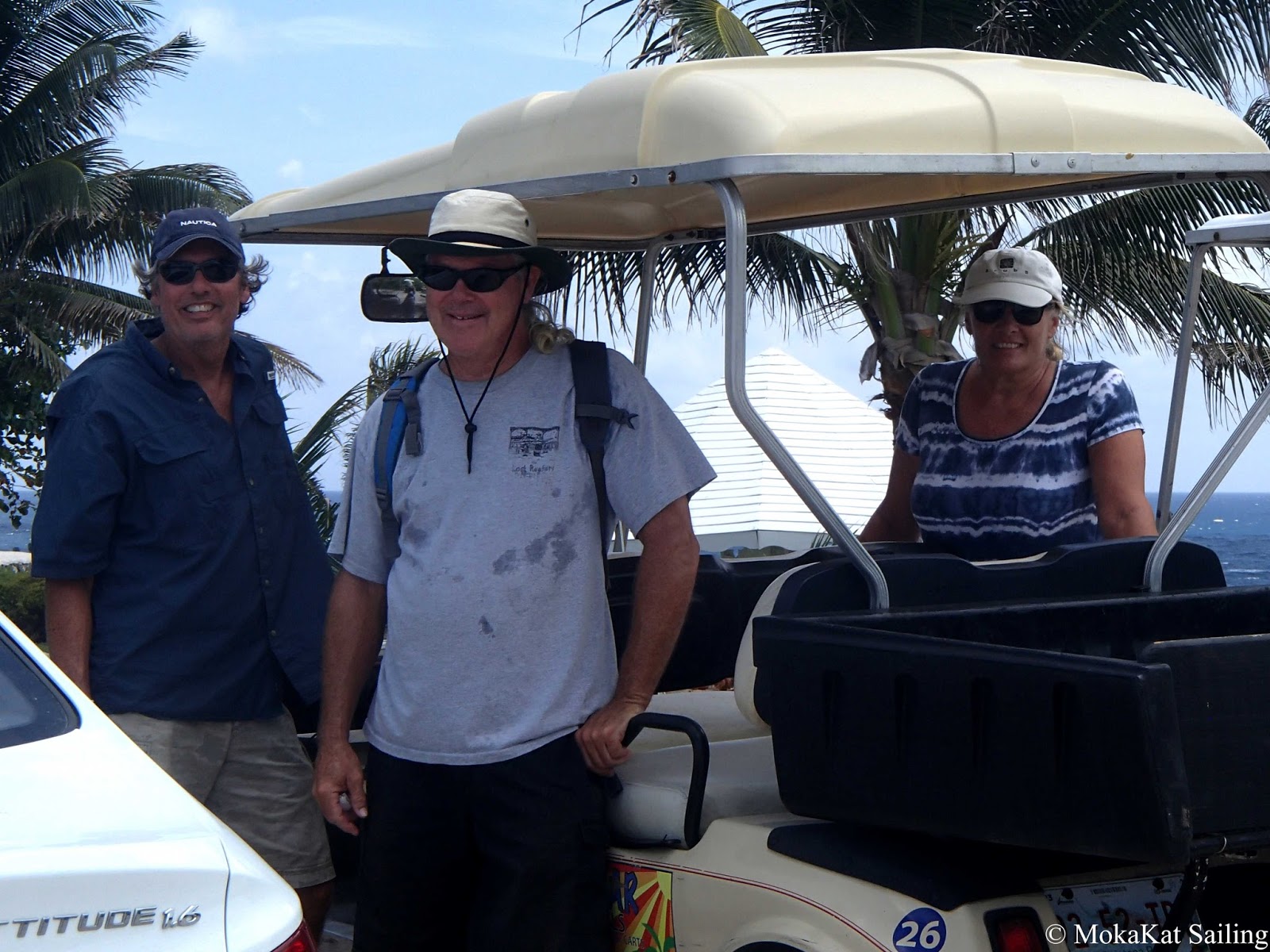 We enjoyed the hike and headed over to Mango Cafe for lunch!  It was excellent as usual.  We then took advantage of having a golf cart and went to the nearby grocery store for supplies!  It was back to the marina to drop off the girls and the groceries, while Chuck took the golf cart back.  I then met him at the ferry dock with the dinghy, and it was a quick ride back to the marina.  Another successful day and fun trip around the island!
That night we went to the Soggy Peso for dinner!  They only have one item to order, but it is usually really good.  This night they had their famous (at least famous among the cruisers) Cheese Burgers!  It was excellent and we all had cheese burgers, chips, sweet potatoes fries, and margaritas! 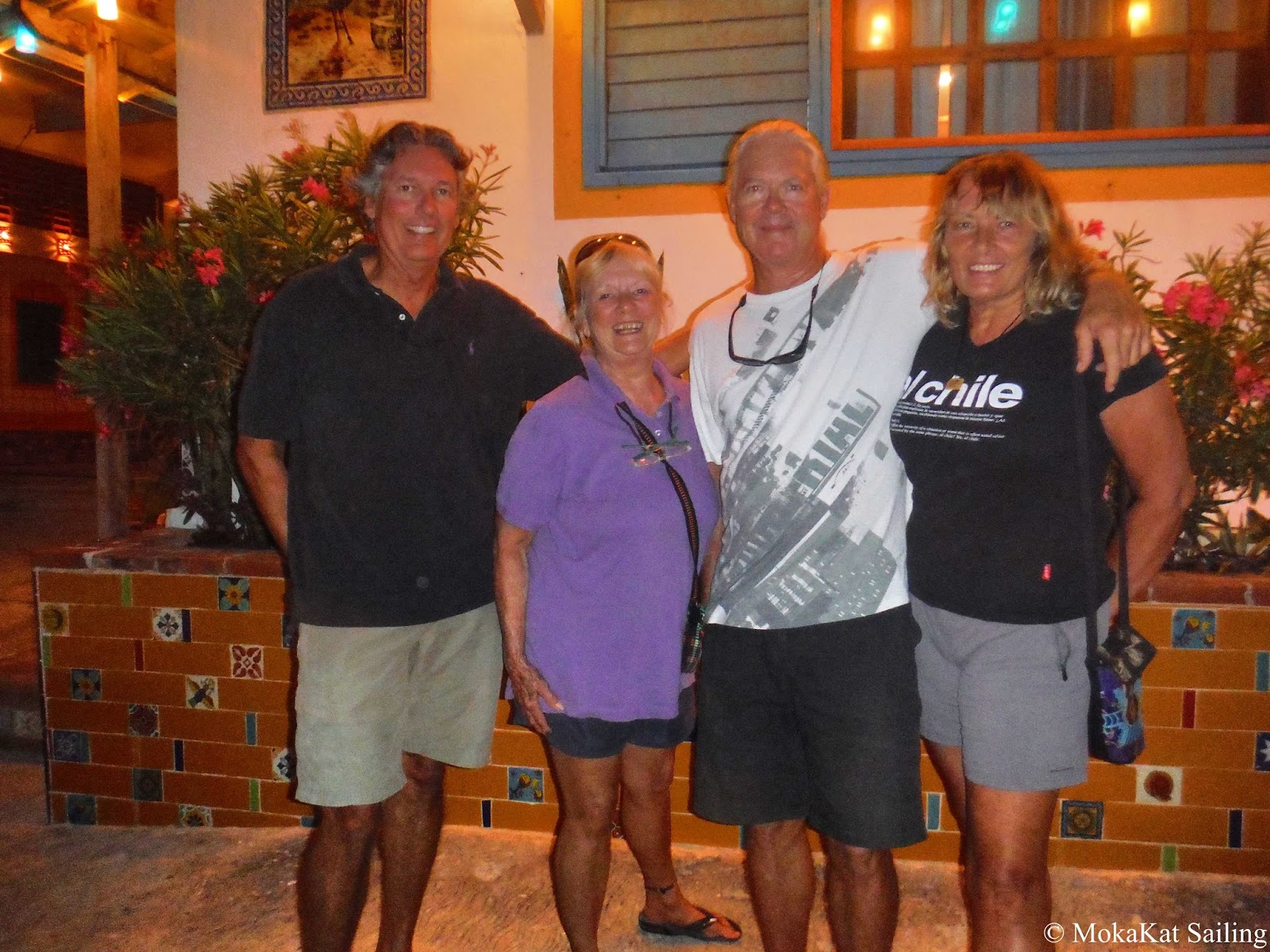 A couple of days later, Chris Parker gave the OK for the group to head to Florida!  It was like a mass exodus as about 14 boats left.  We said goodbye to many friends as they sailed past our anchorage, heading north to Florida.  Fair winds to all!!! 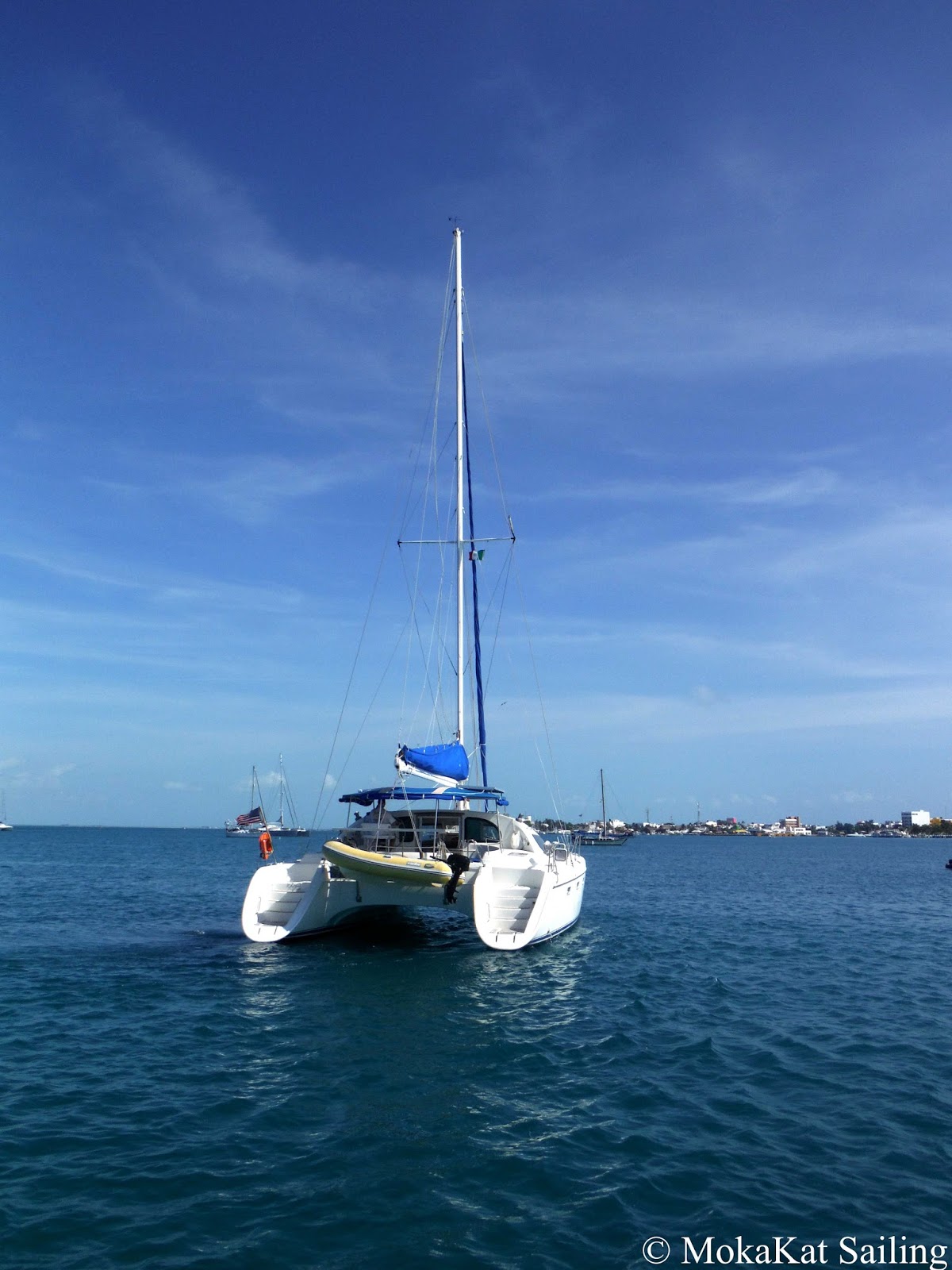 s/v Neytiri on a sail by, heading to Florida!  Fair Winds and calm Seas!!! 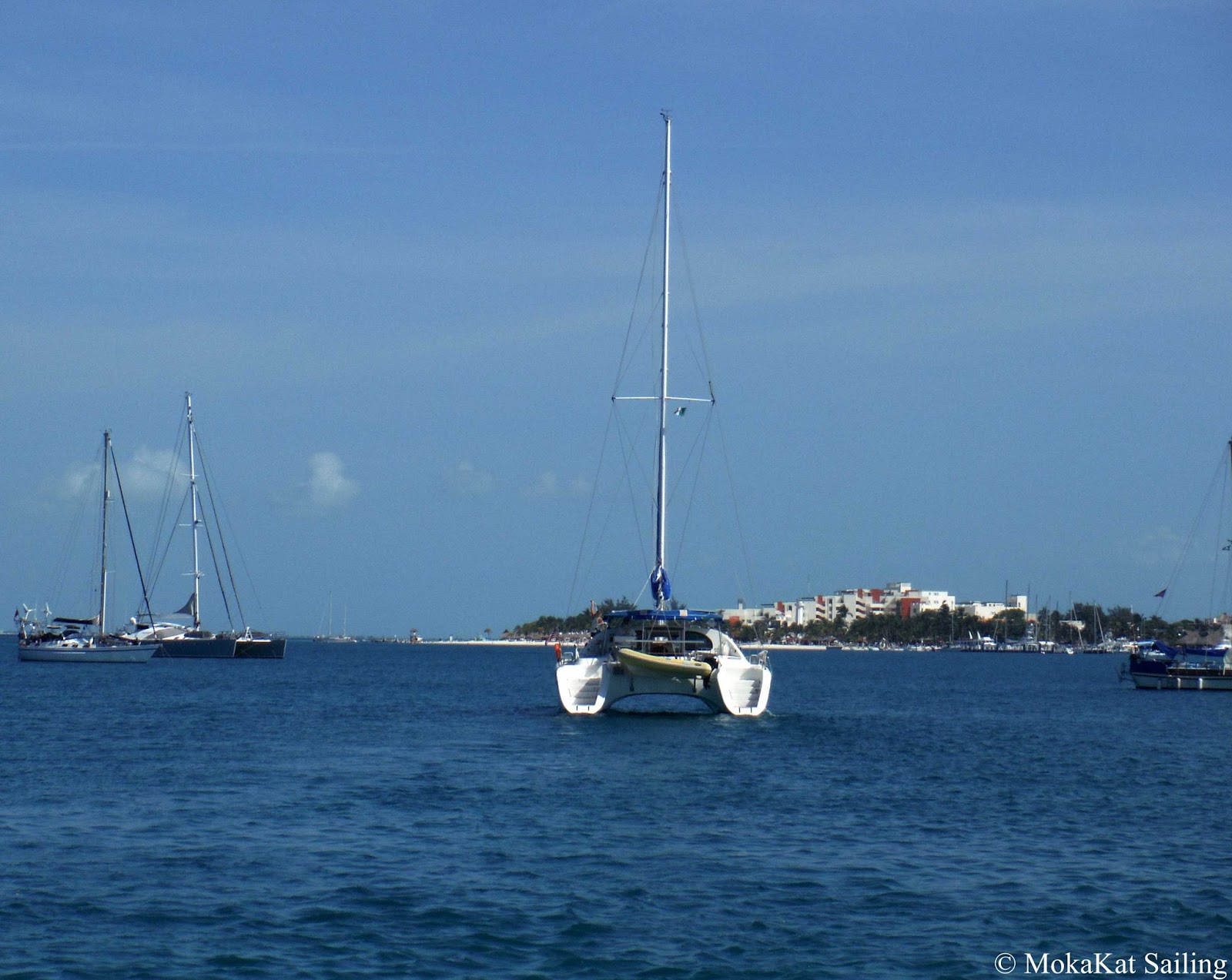