We have spent many months in Belize, sailing among the beautiful islands, catching lobster, snorkeling and enjoying the beauty.  We socialized with a few cruisers that came through Belize, but for the most part we were the only cruising boat around.  Most cruisers seem to sail past Belize, as there is a perception of high costs and difficult rules for immigrations and customs.  It is a shame, as Belize has lots to offer to the cruising community and we enjoyed our time there.
Isla Mujeres was completely different, as there was a large community of cruisers.  It was really fun to get to know the different boats, their stories, and where they were heading.  Most of the cruisers we met were in Isla Mujeres as a staging ground to head to another destination.  Most were waiting for a weather window to head to their destination, but they really enjoyed their time there!
Every morning at 8:30 there was a cruisers net on channel 13 on the VHF.  This was a good time to hear what was going on in the area and to meet many different boats.  We listened to the net every morning.
We met many new cruiser friends here and met up with some old ones that we met from the Rio Dulce, Guatemala.  It was fun to be apart of a little community, helping each other with information or spare parts!  Everyone is known by their boat name first, and then later first names!  It is funny to be in town somewhere and meet a fellow cruiser and the boat name is all that you can remember! 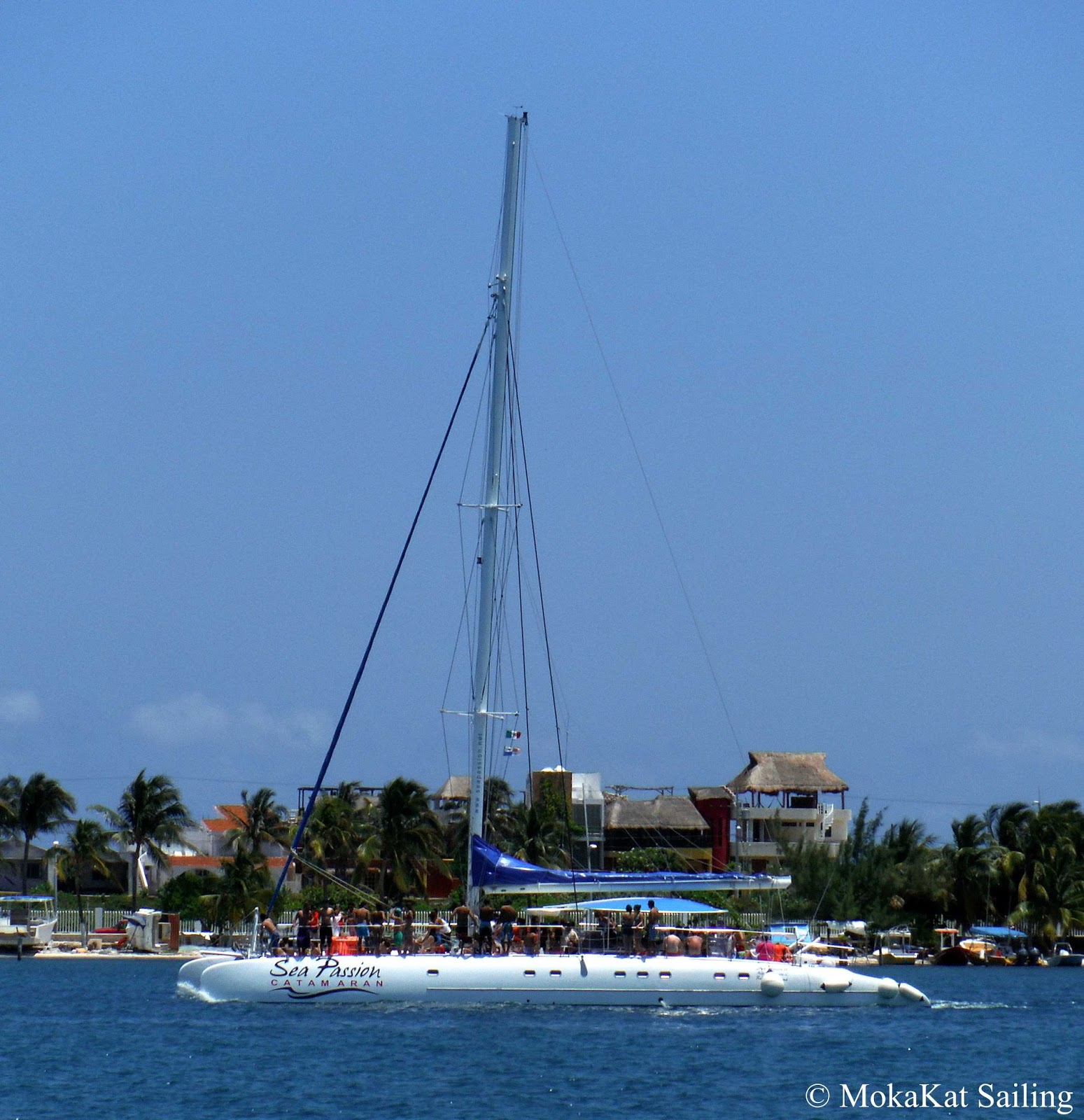 Booze Cruises (Not part of the cruising community, but entertaining) 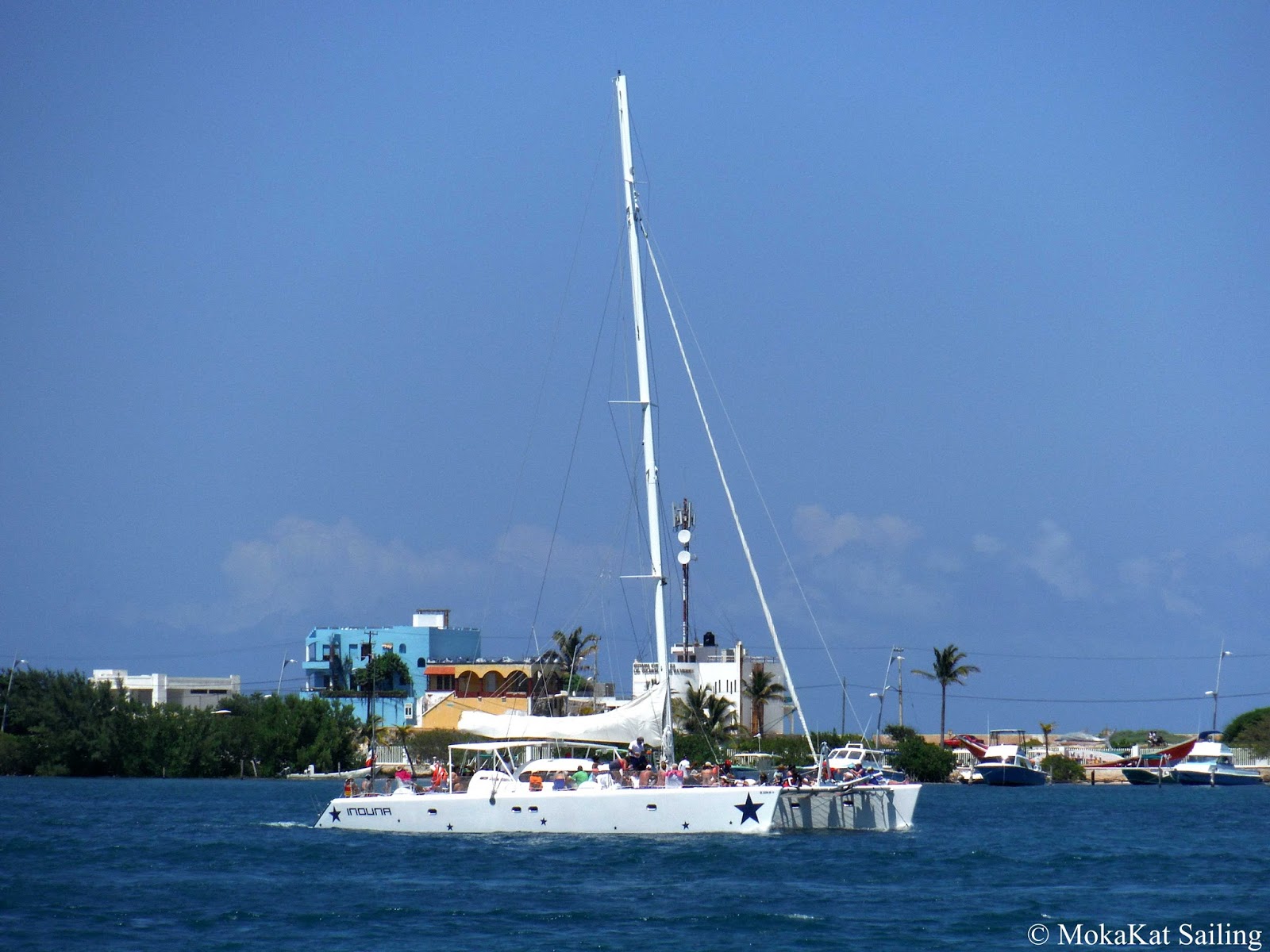 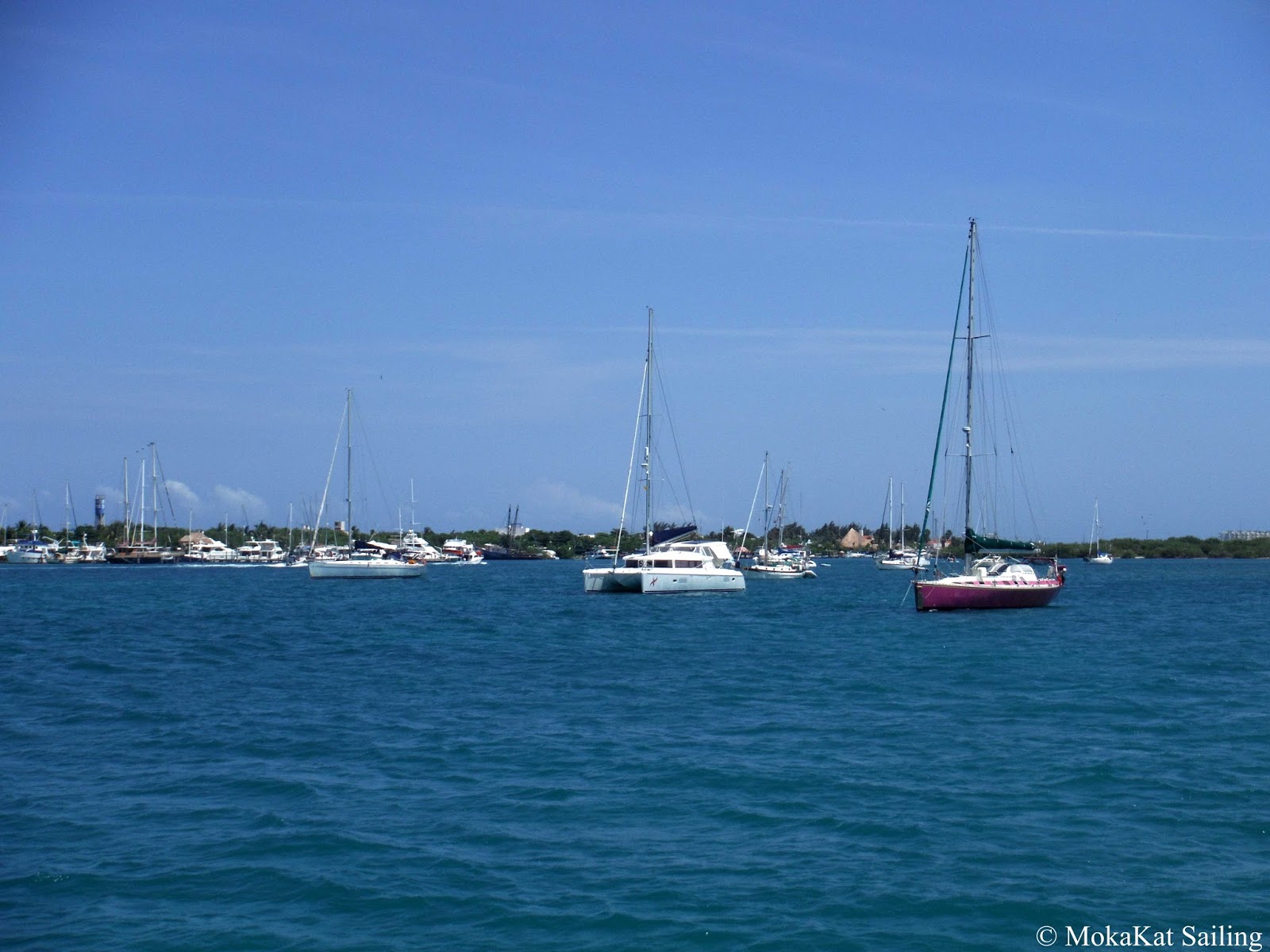 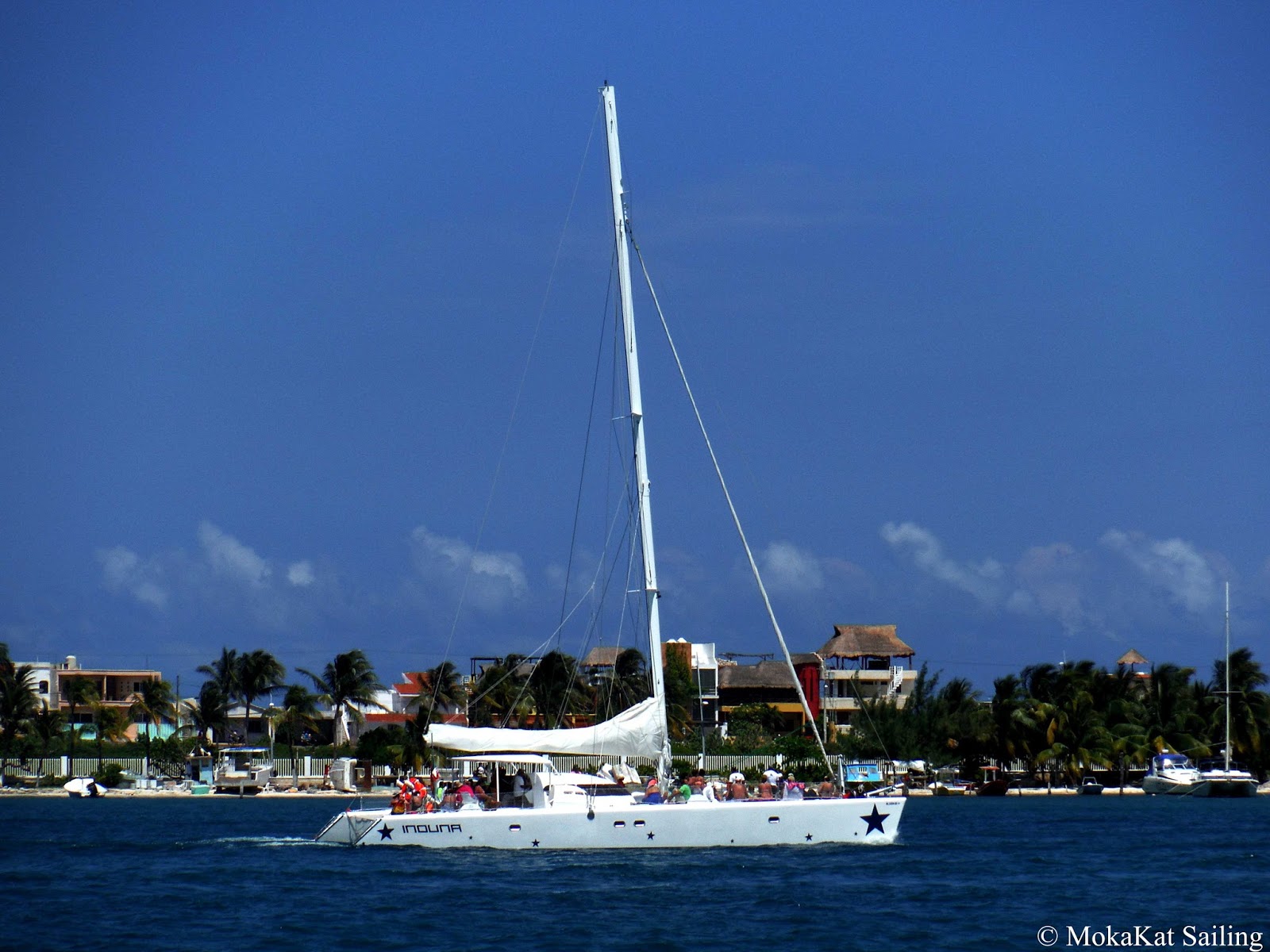 These tourist catamarans go by many times a day! 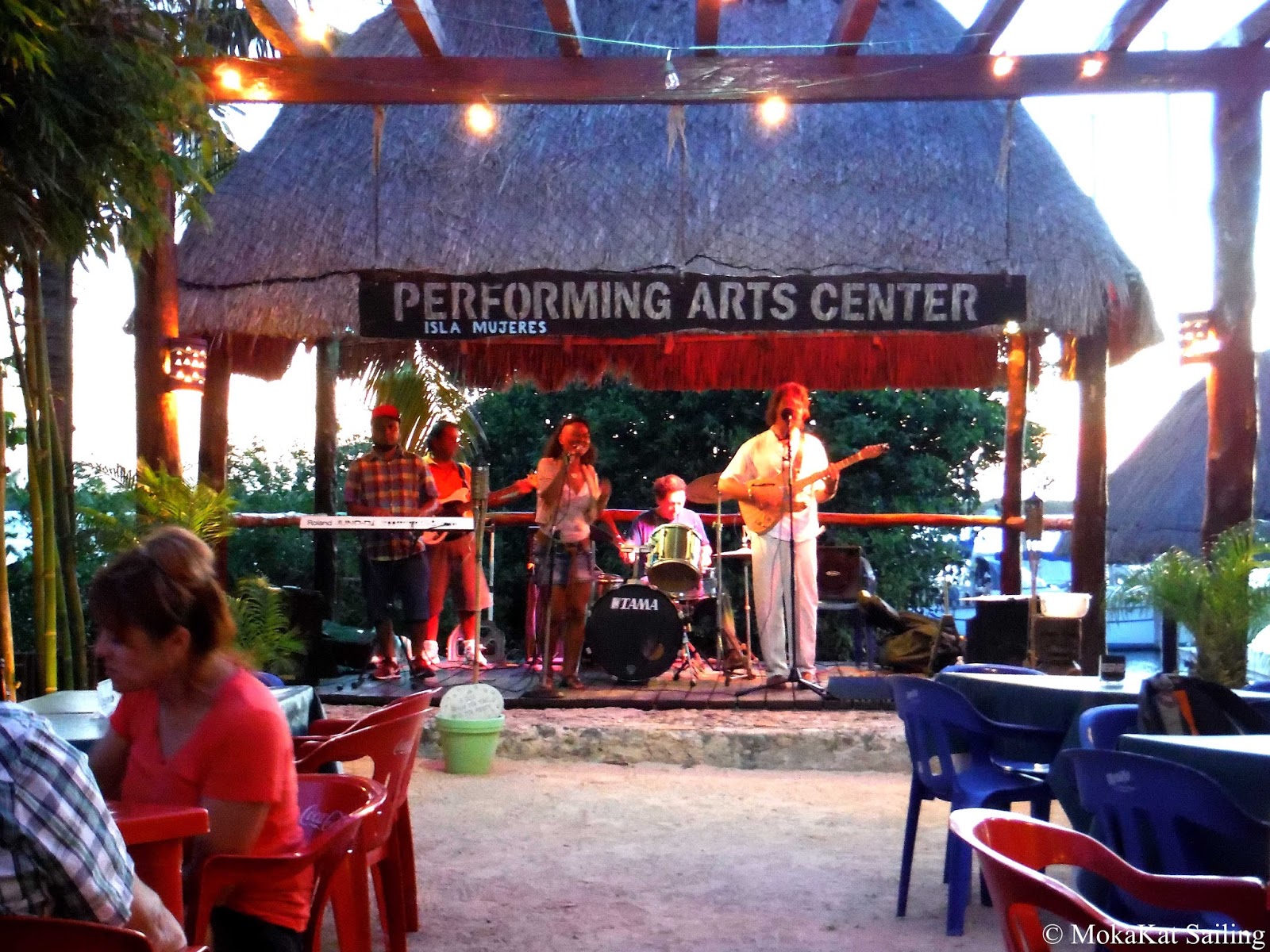 Our favorite band:  Sol Rockers!!!  At Bahia Tortuga Bar and Grill!  Sorry to see Anna leave!!!  We went every Sunday night to hear them play!!! 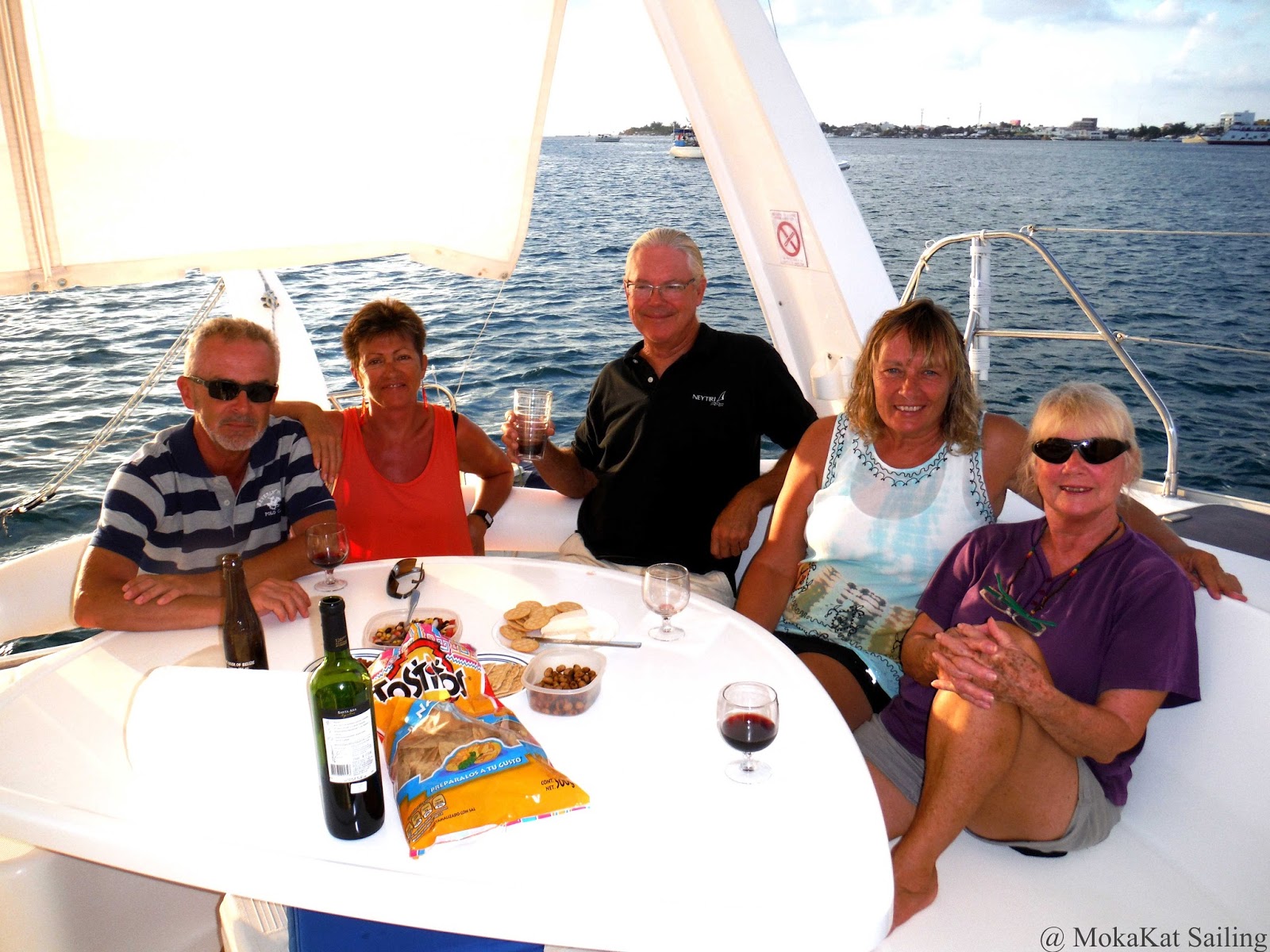 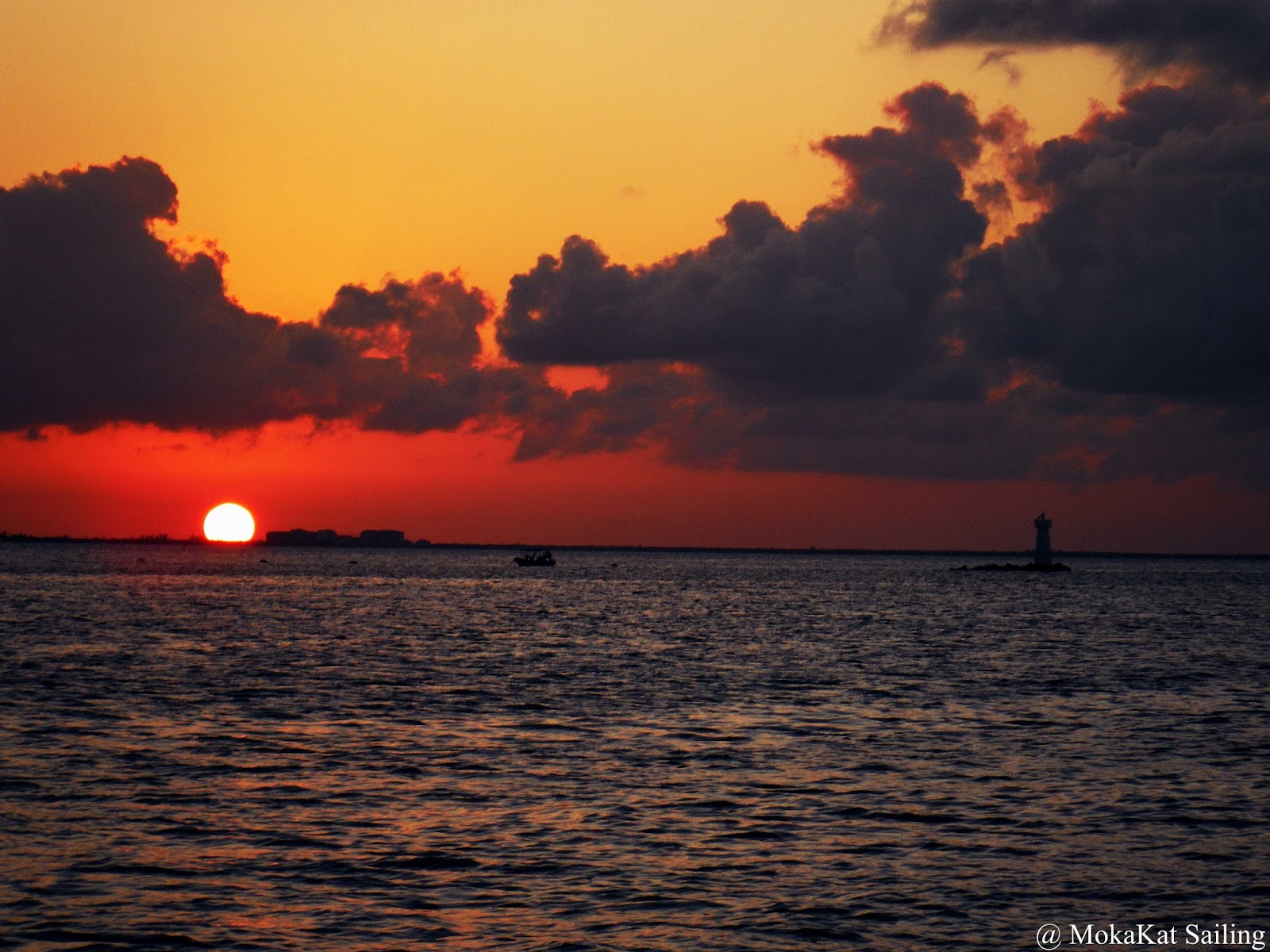 Another beautiful sunset at Isla Mujers! 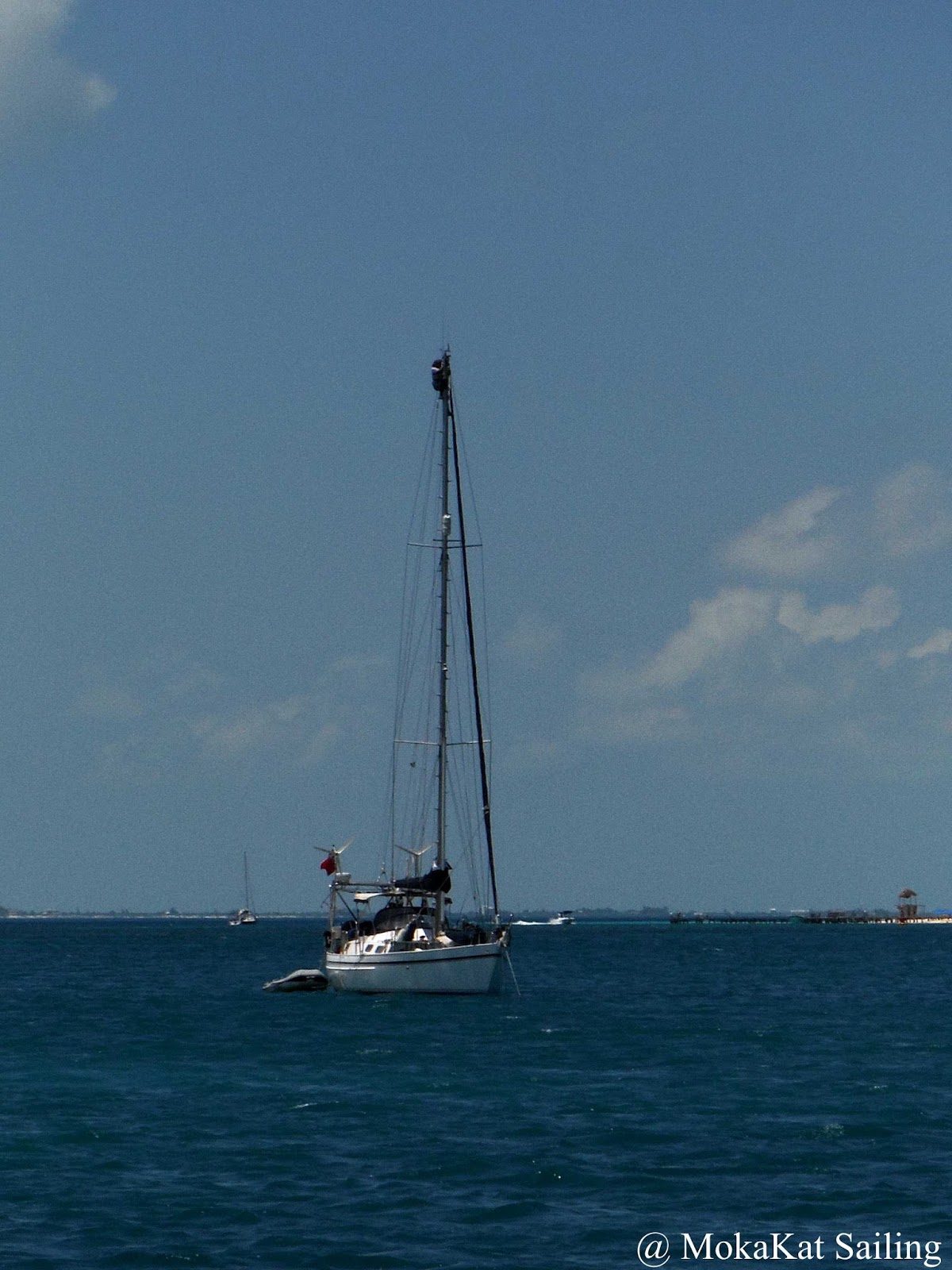 Working on the mast, getting ready to head to Florida! 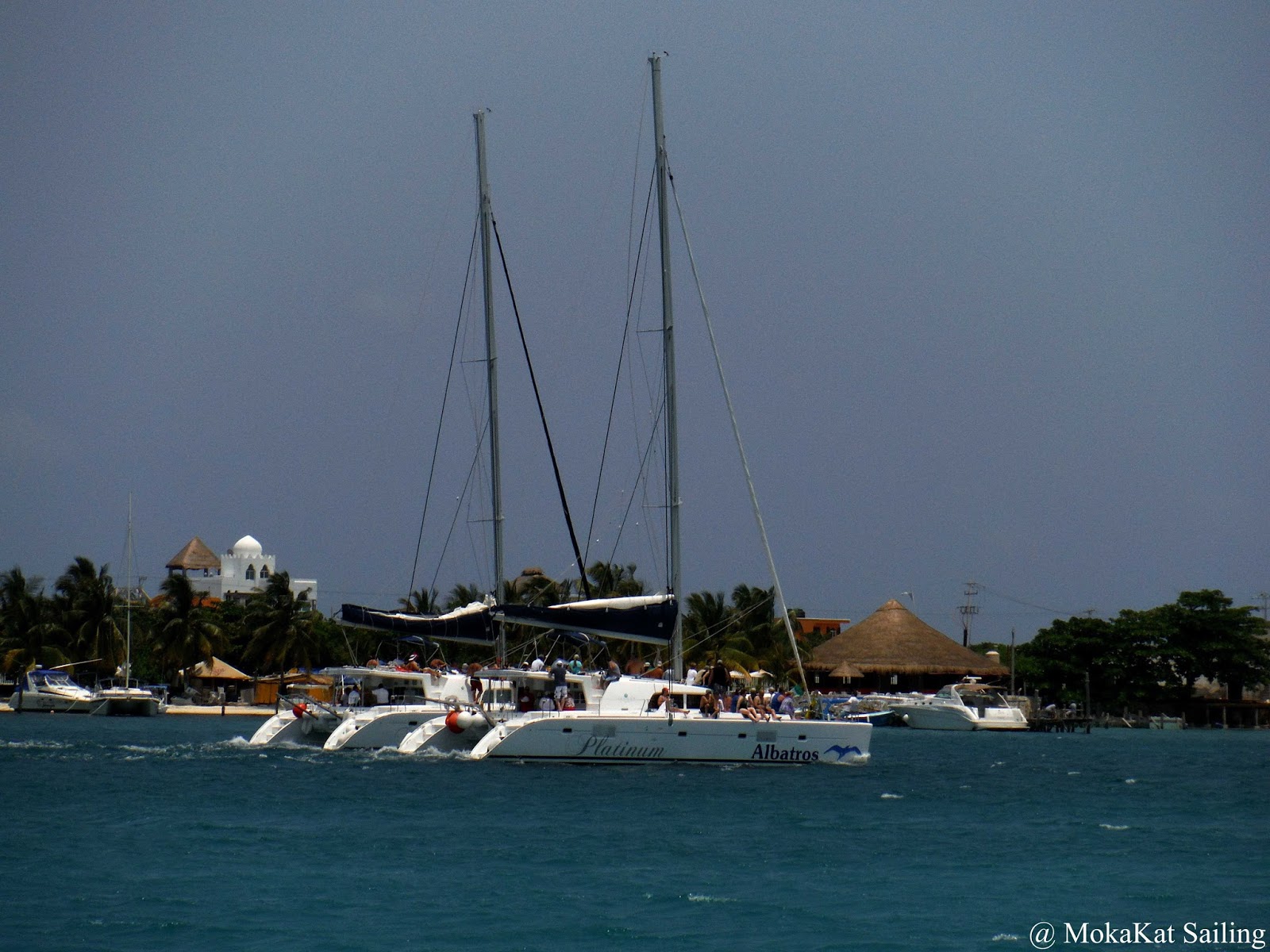 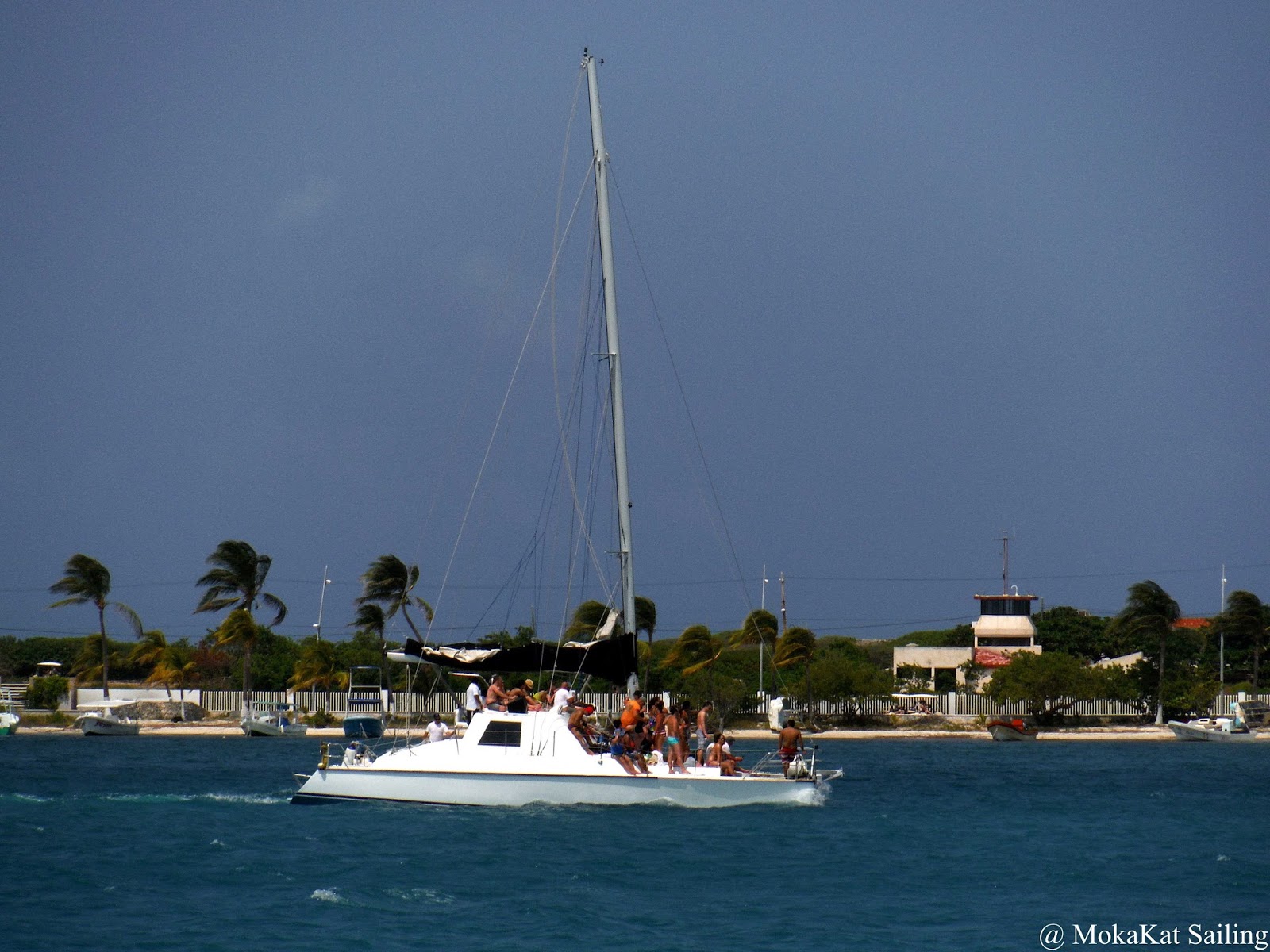 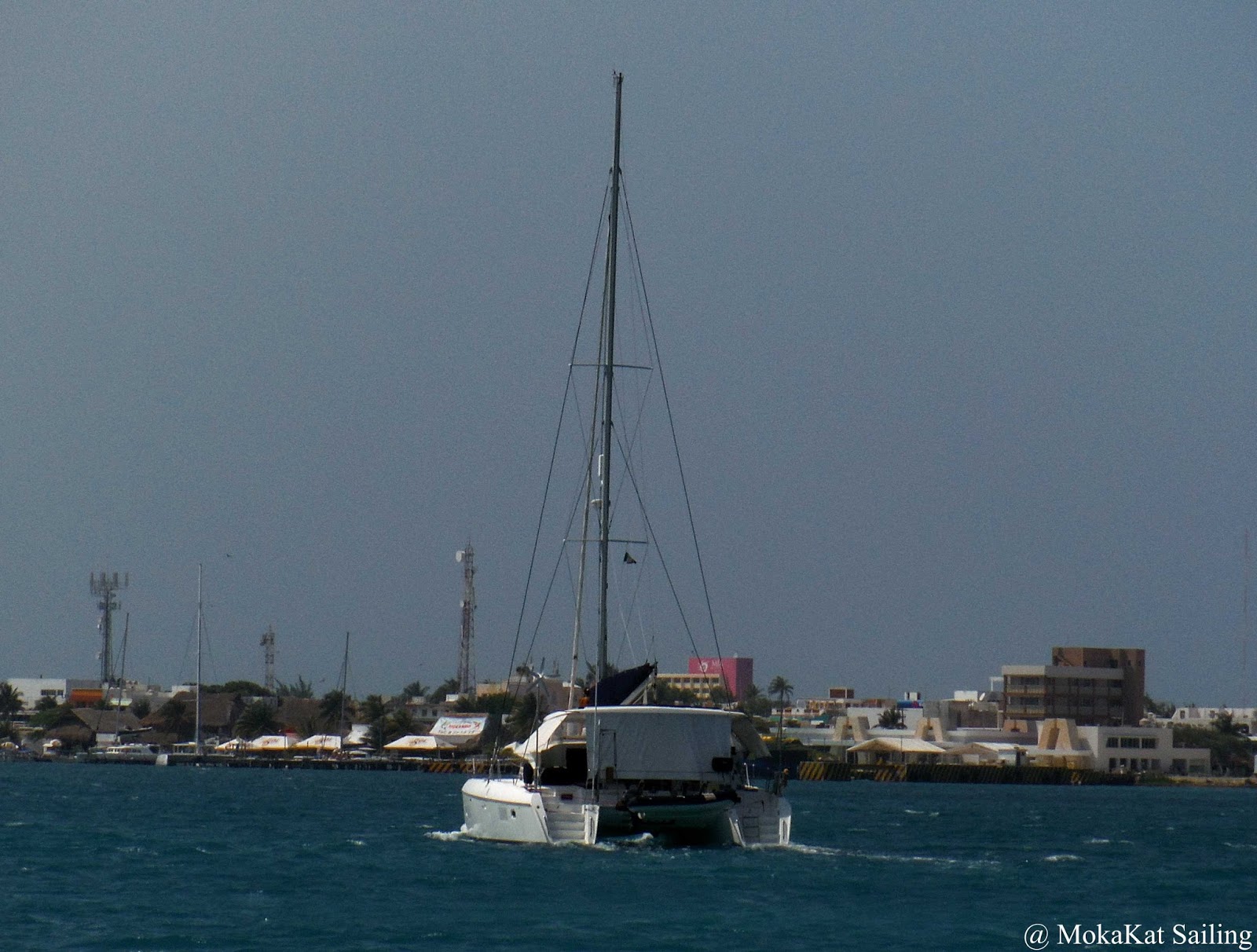 Our friend Wayne, with captain Claudia, heading to Florida!!! 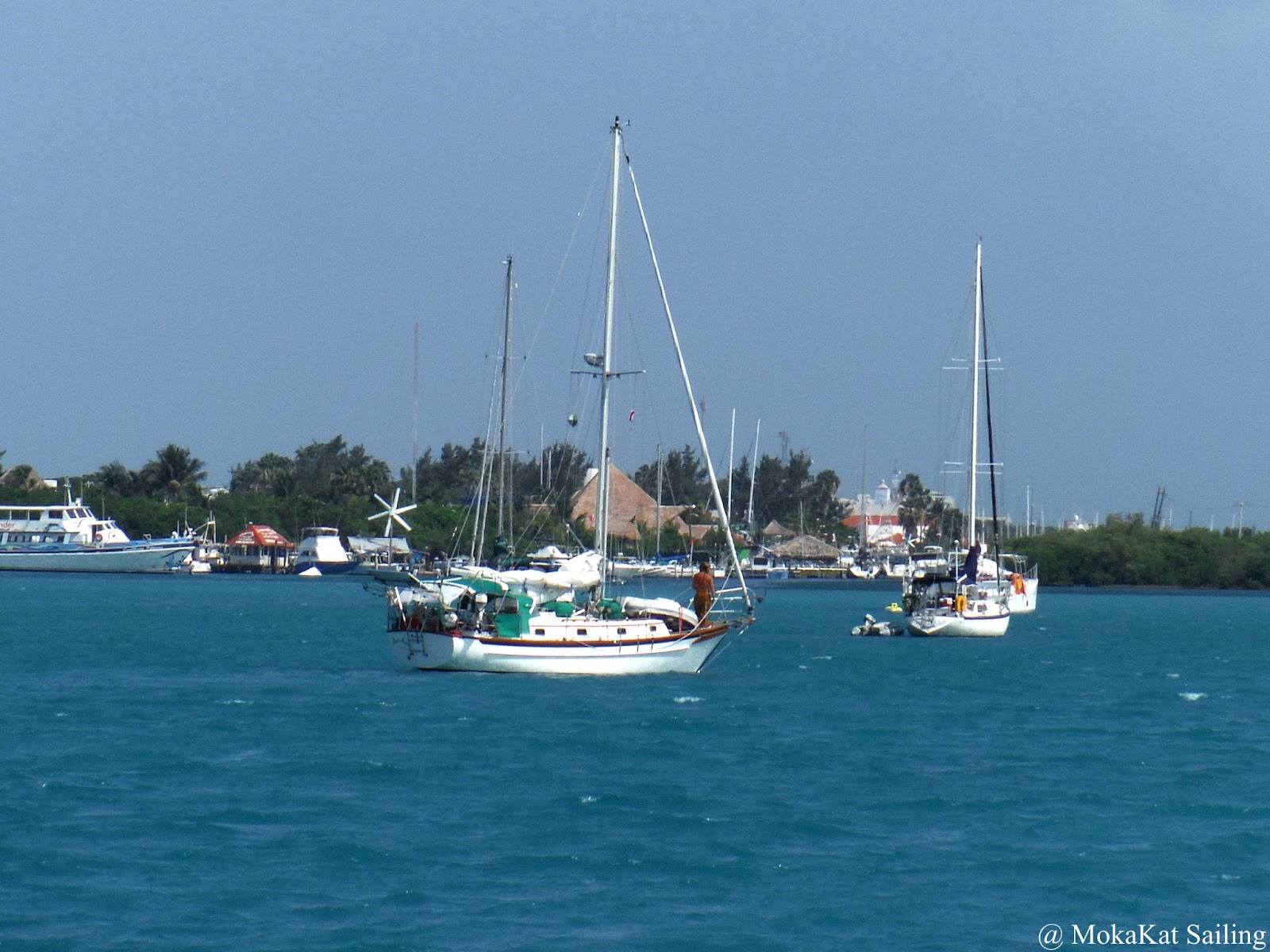 Our friend Marcelo on s/v Mar Mar pulling up anchor 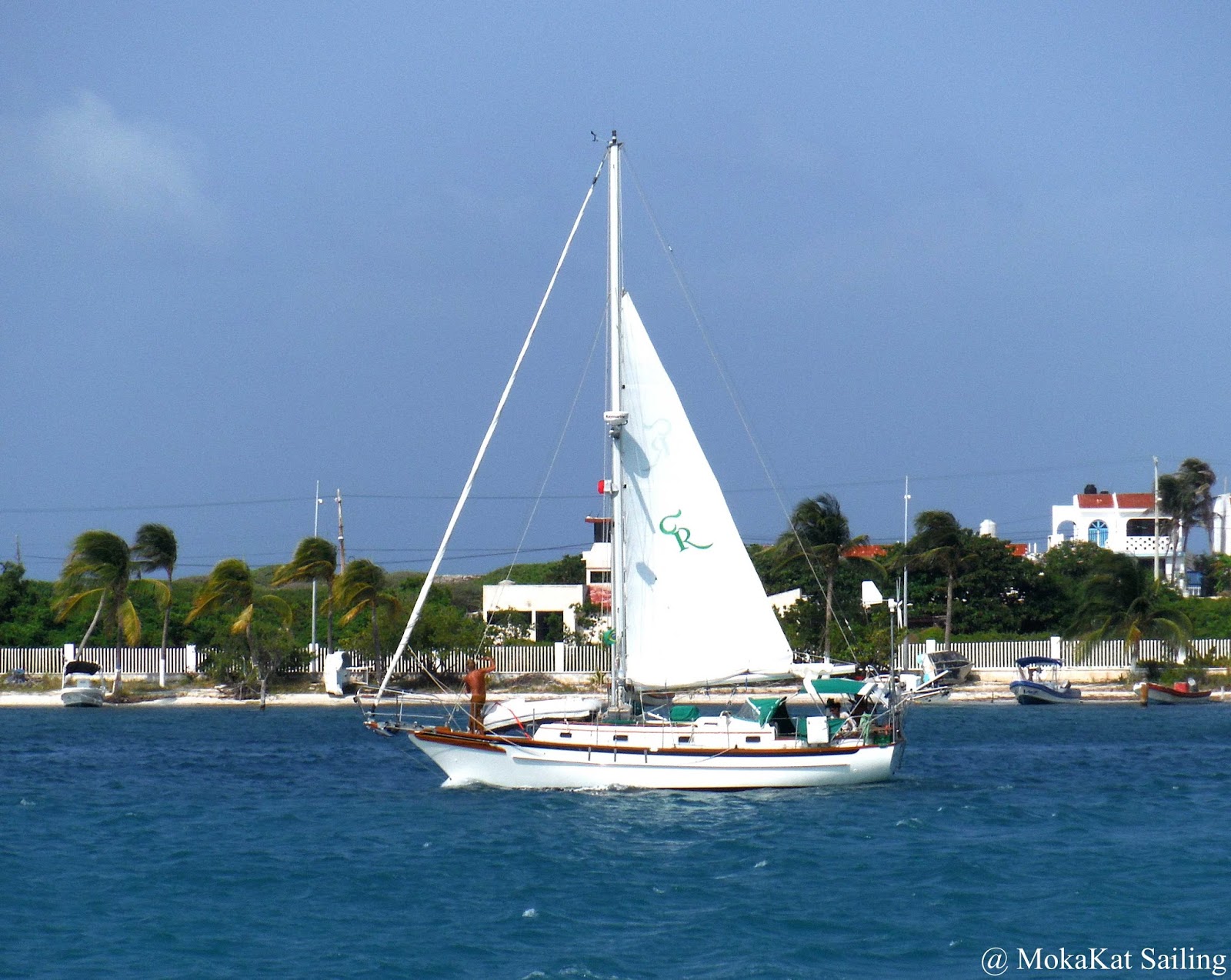 s/v Mar Mar (Marcelo) heading to Florida with crew from the local hostel! 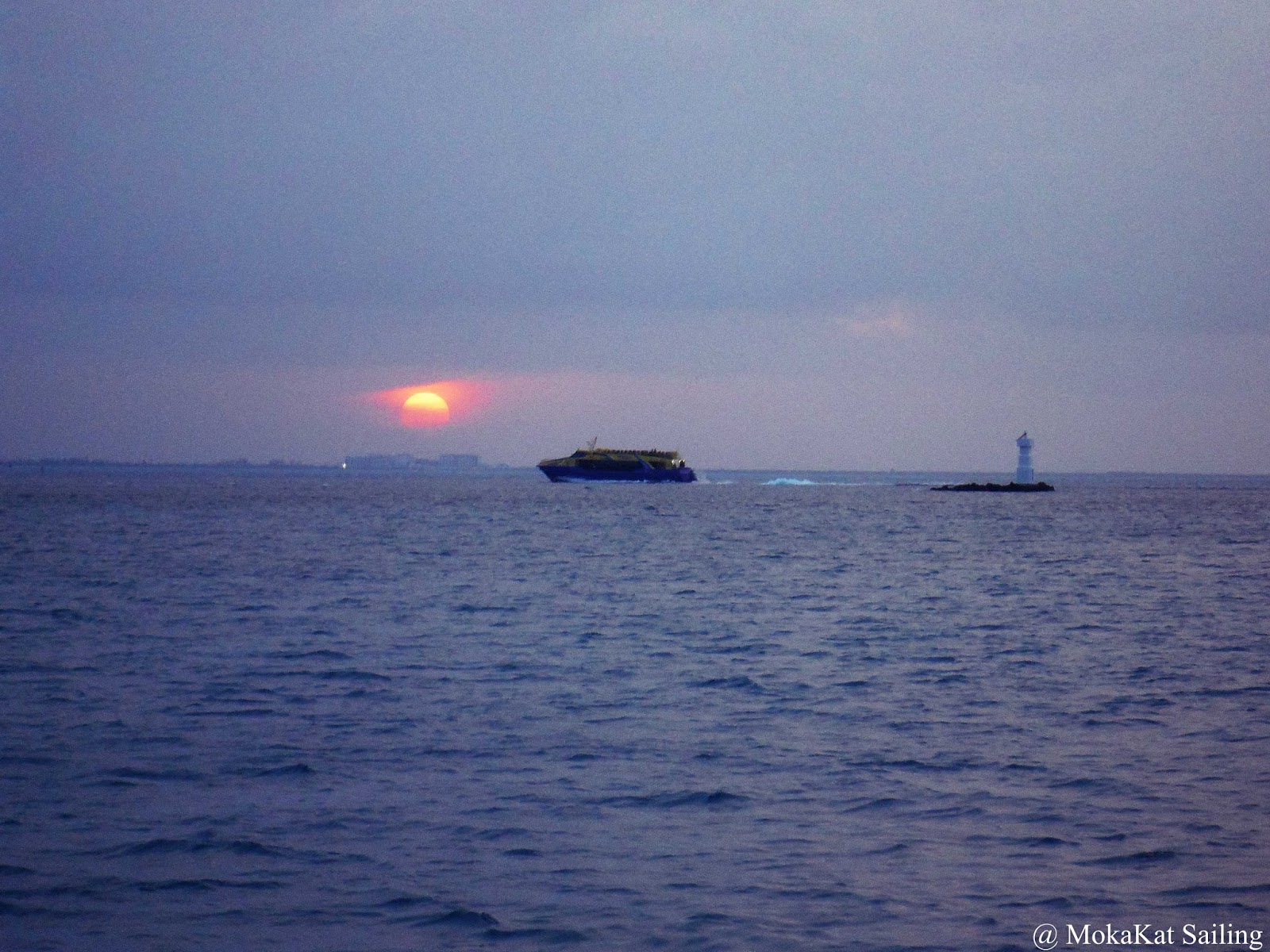 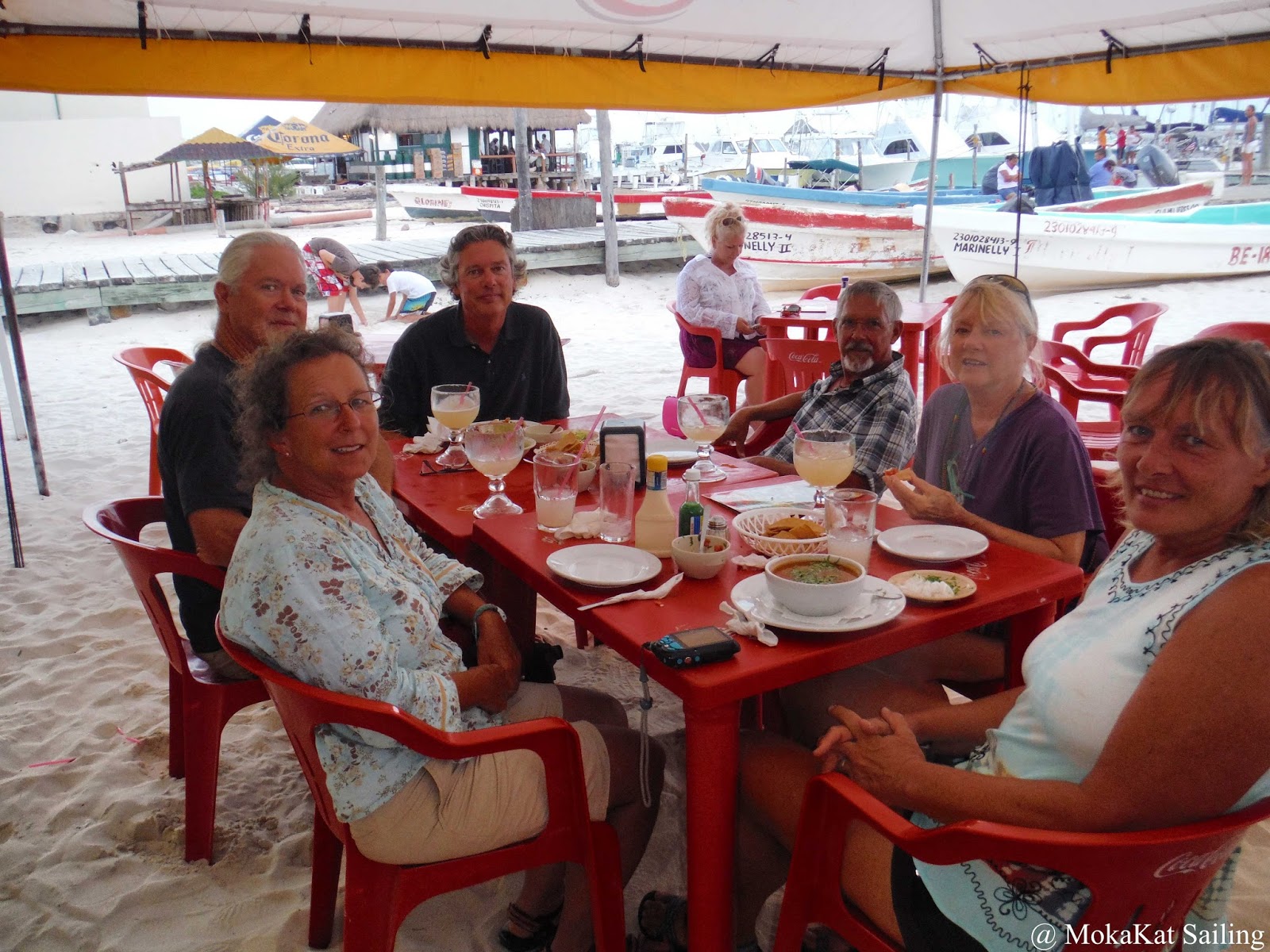 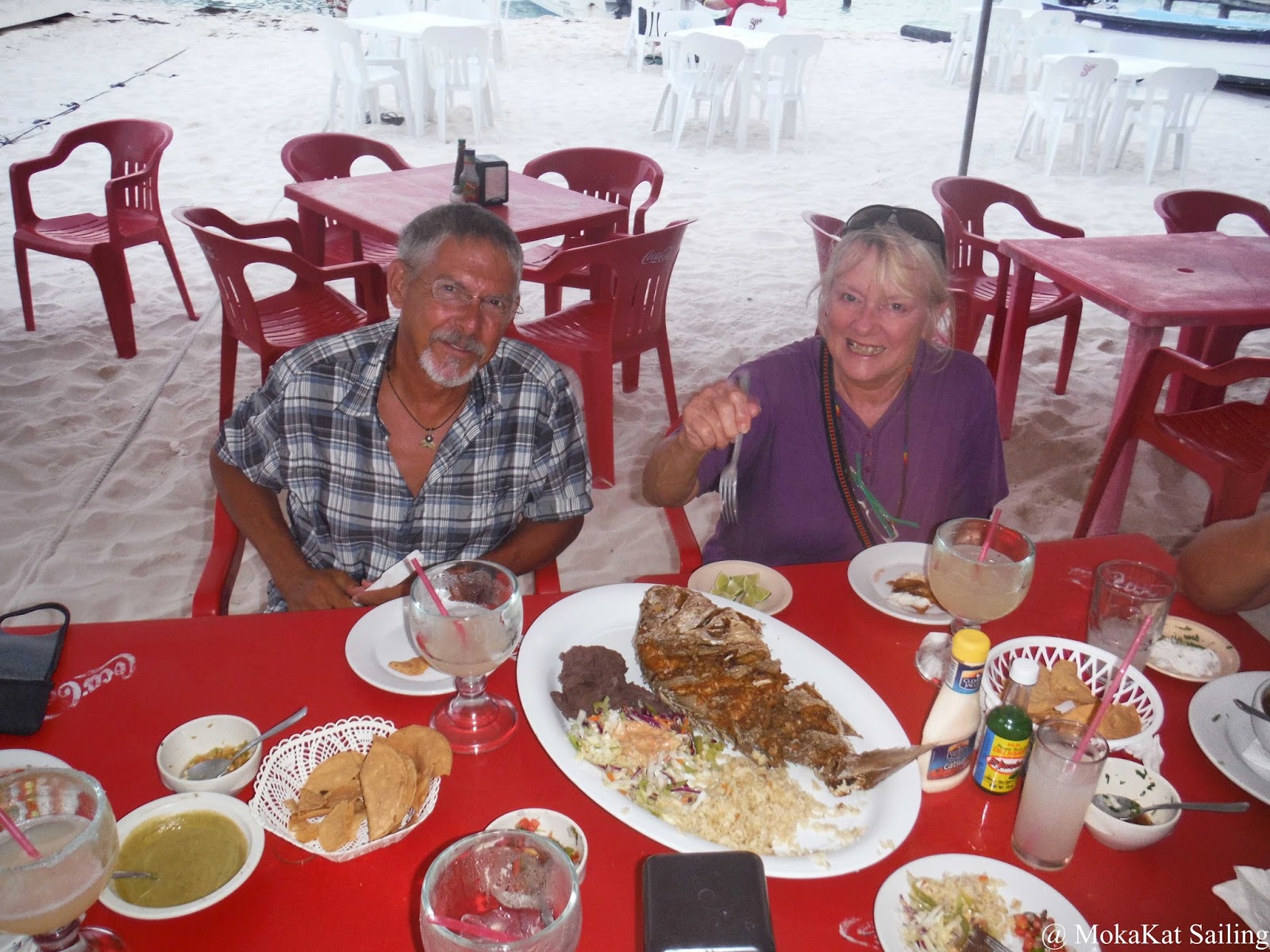 Doug and Augie ready to eat 'pescado frito entero' que rico!!!
We were able meet James on s/v Rhapsody with crew Jack.  James was completing a circumnavigation and was on the last leg before arriving back in Texas!  It was nice to finally meet him as we have followed his adventure on Facebook! 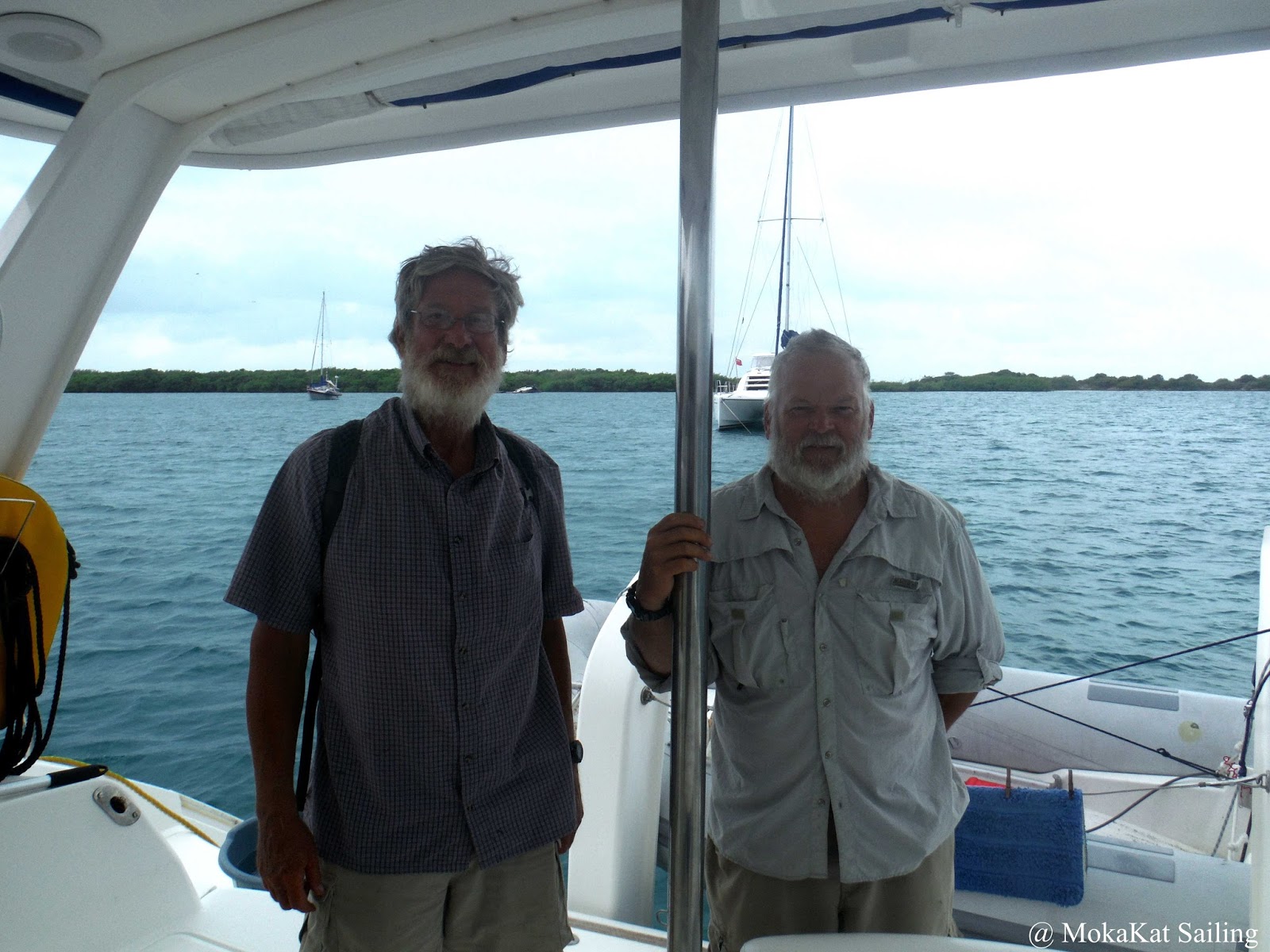 James and Jack from s/v Rhapsody 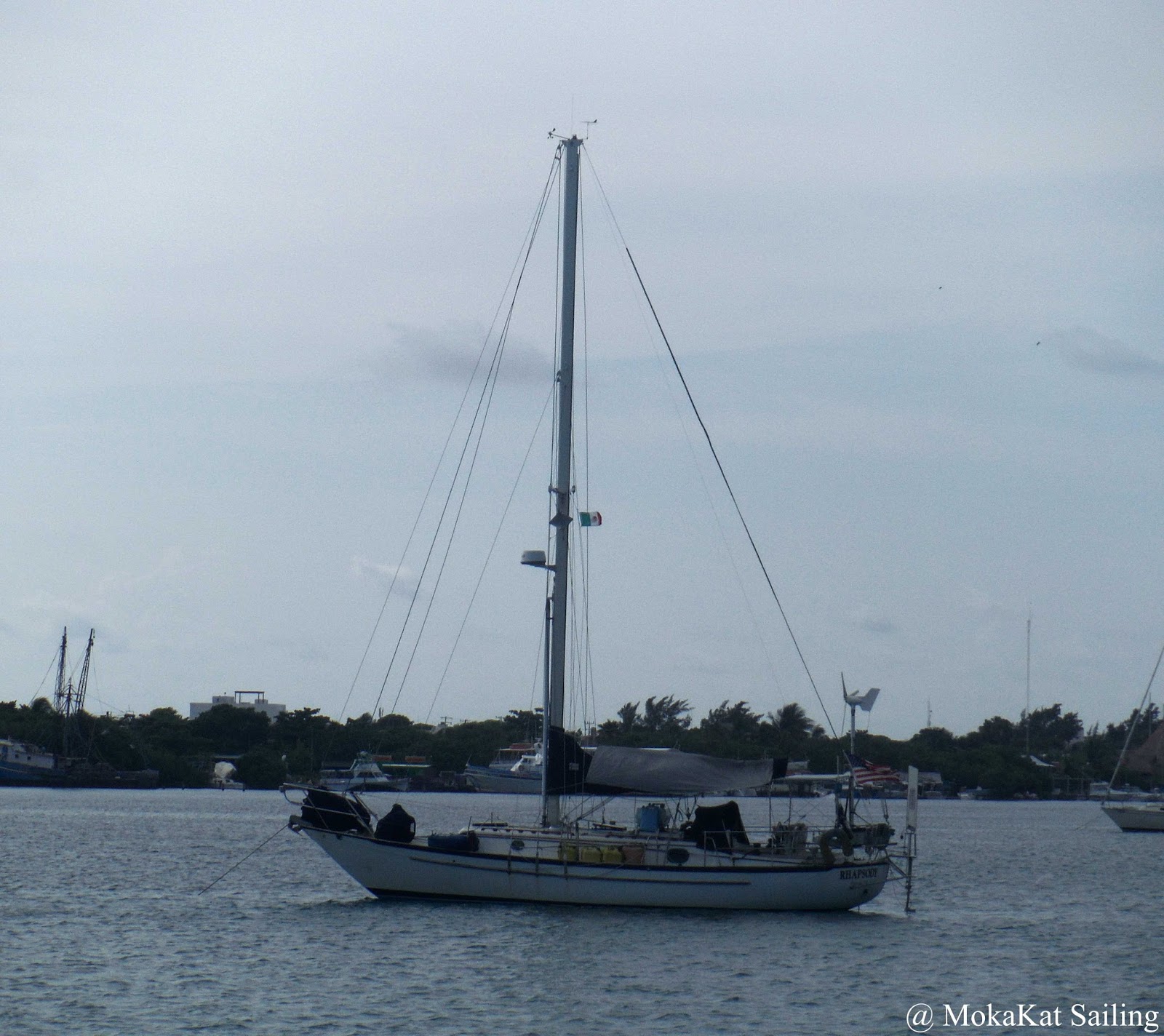 s/v Rhapsody heading on her last leg to Texas! 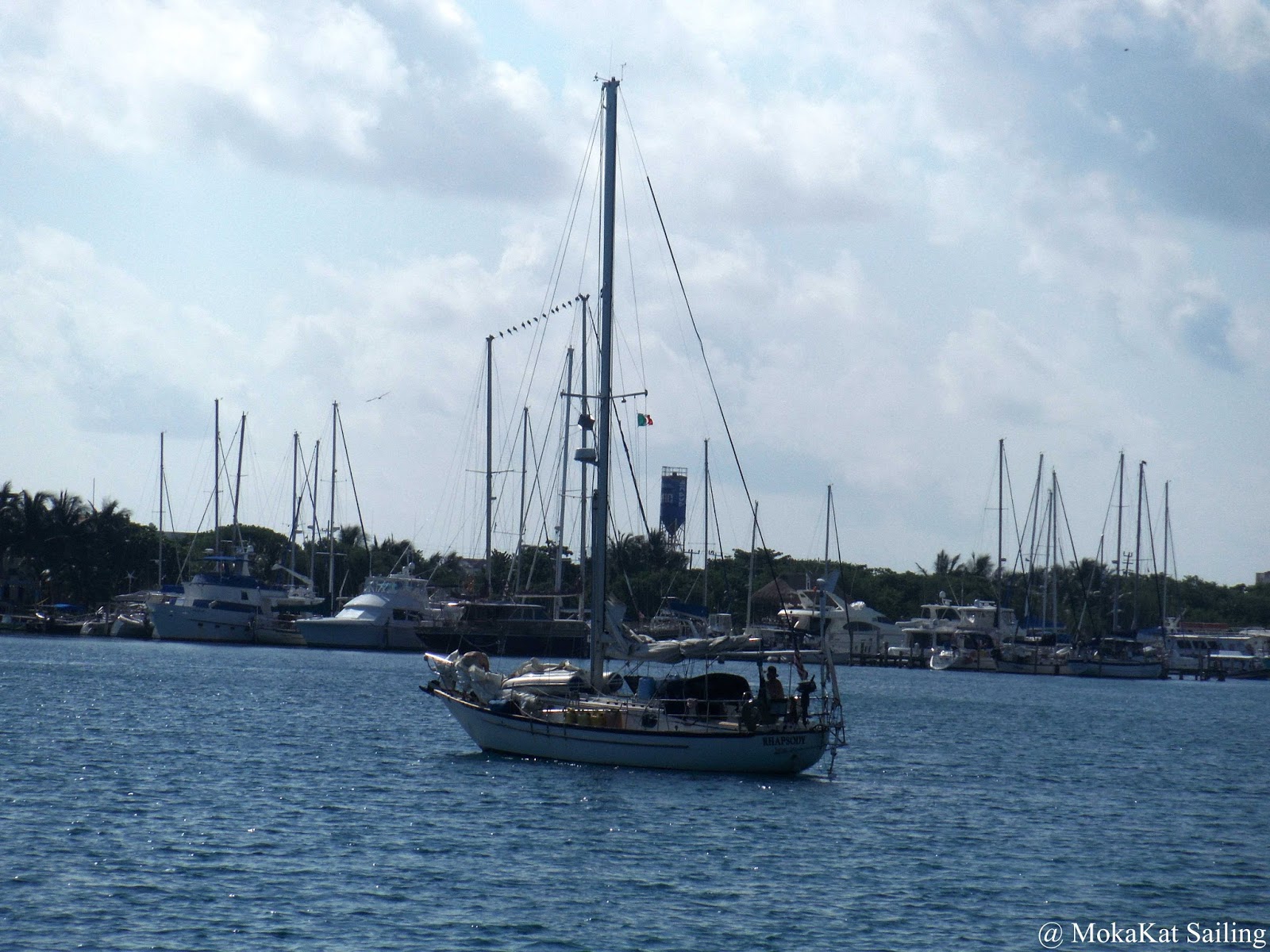 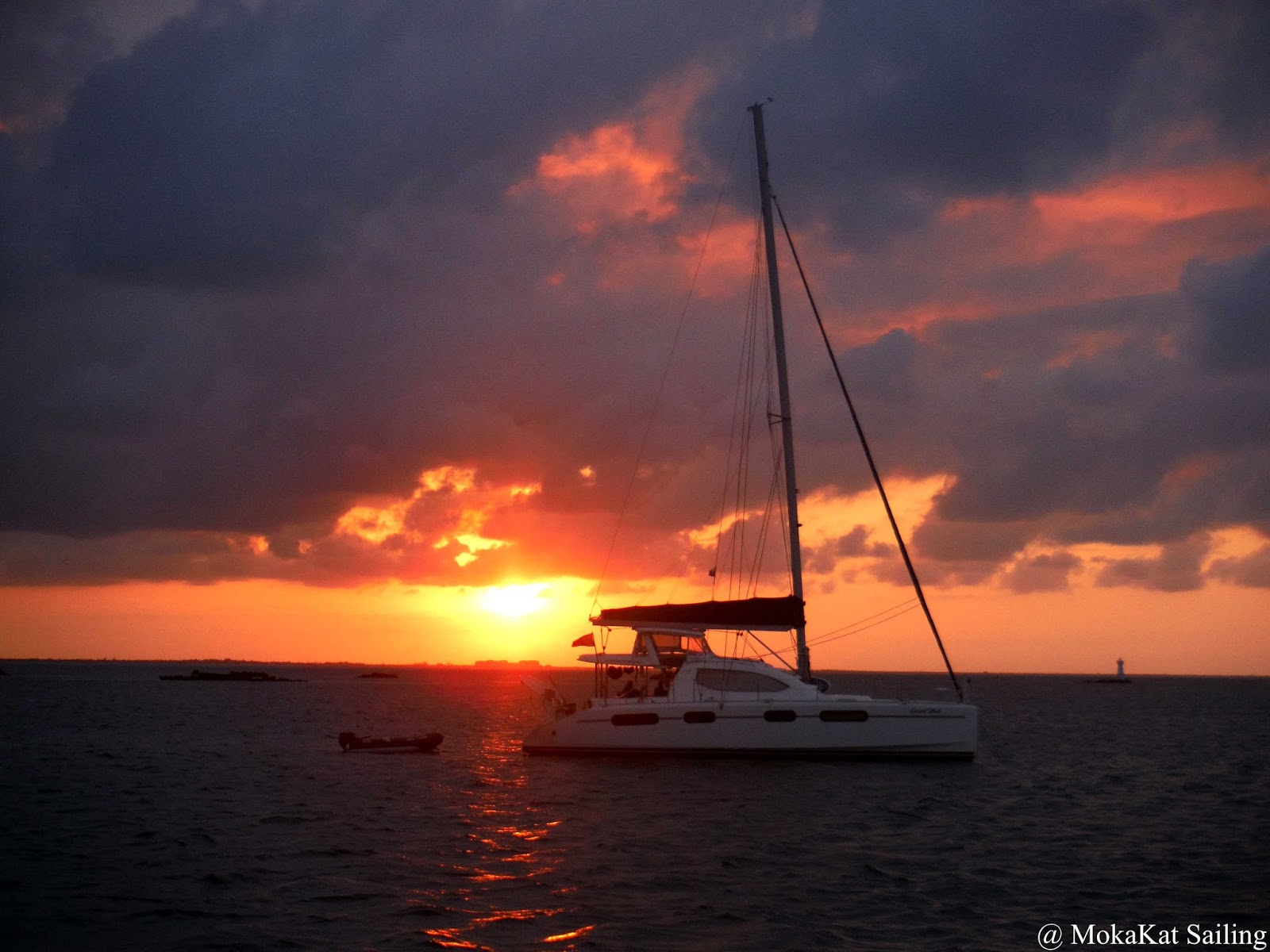 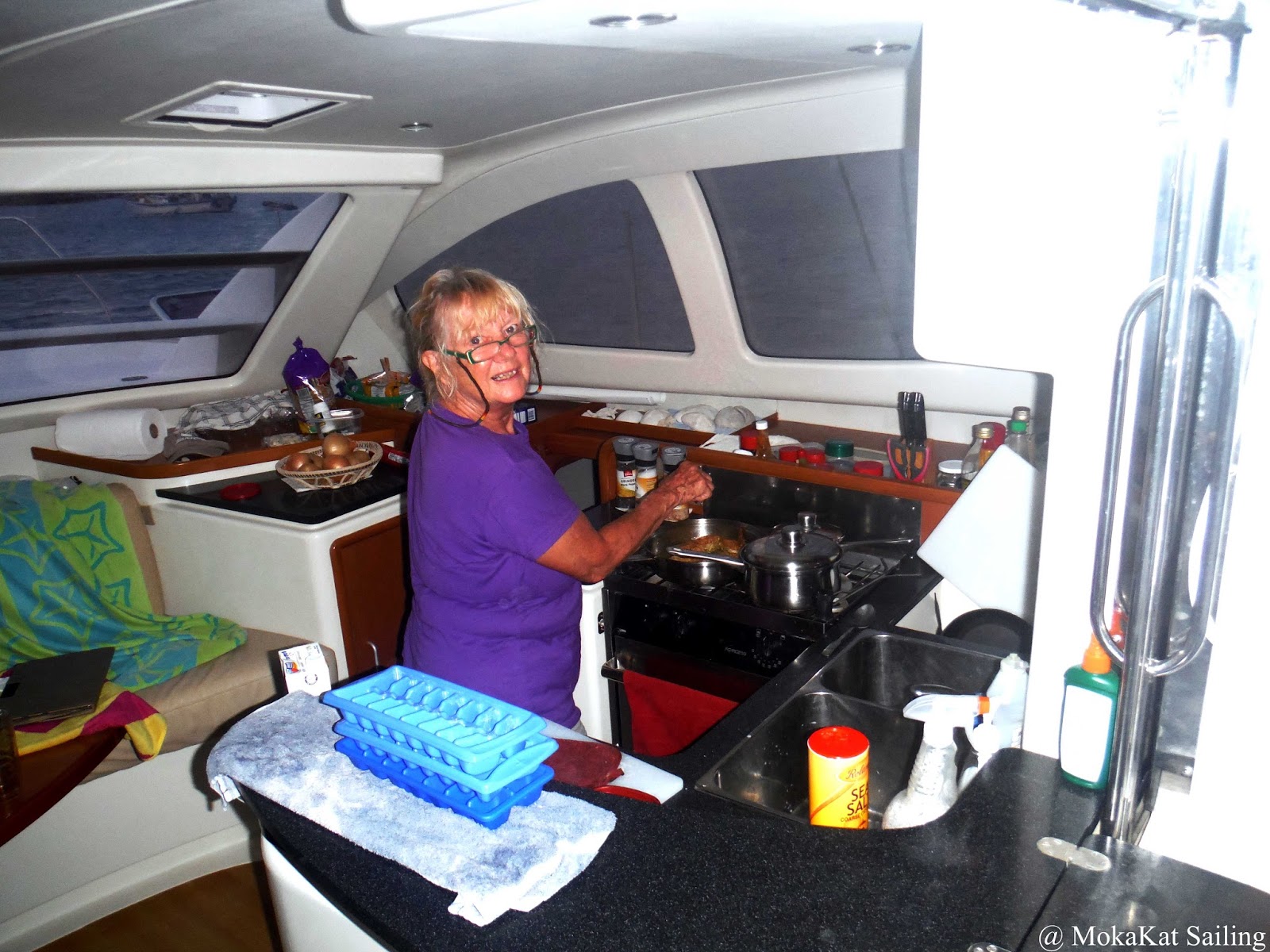 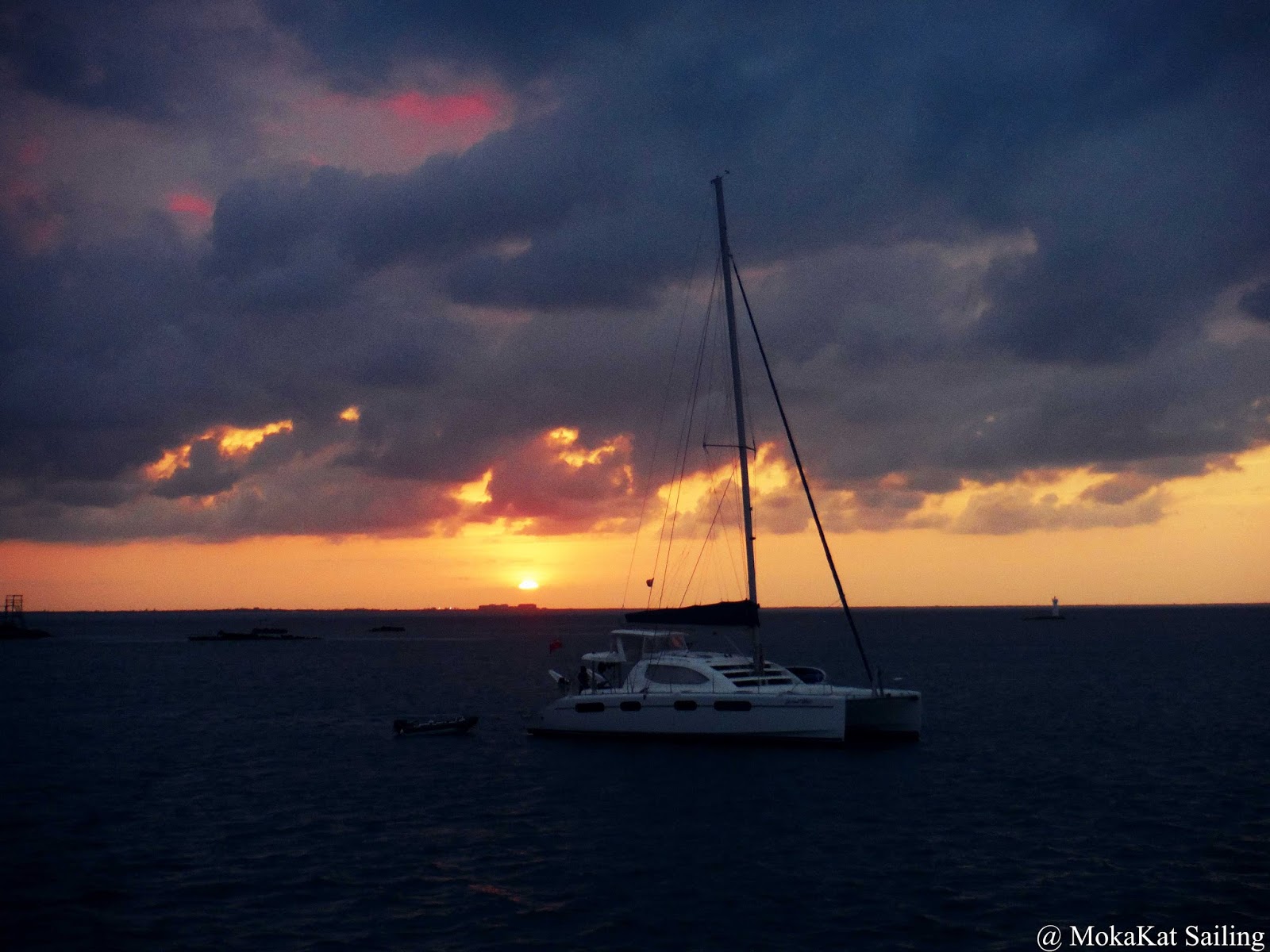 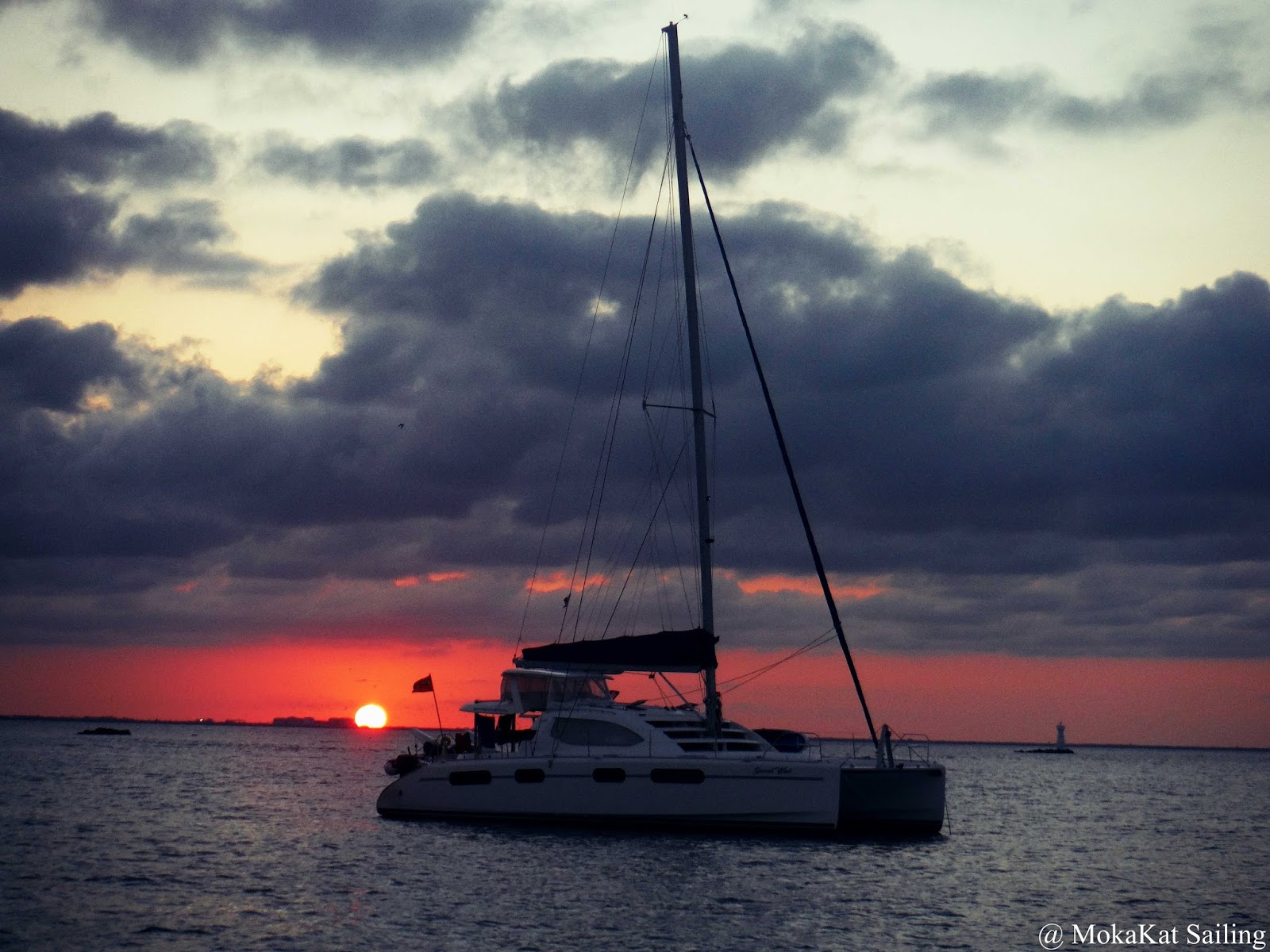 and, yes, another beautiful sunset with s/v Second Wind 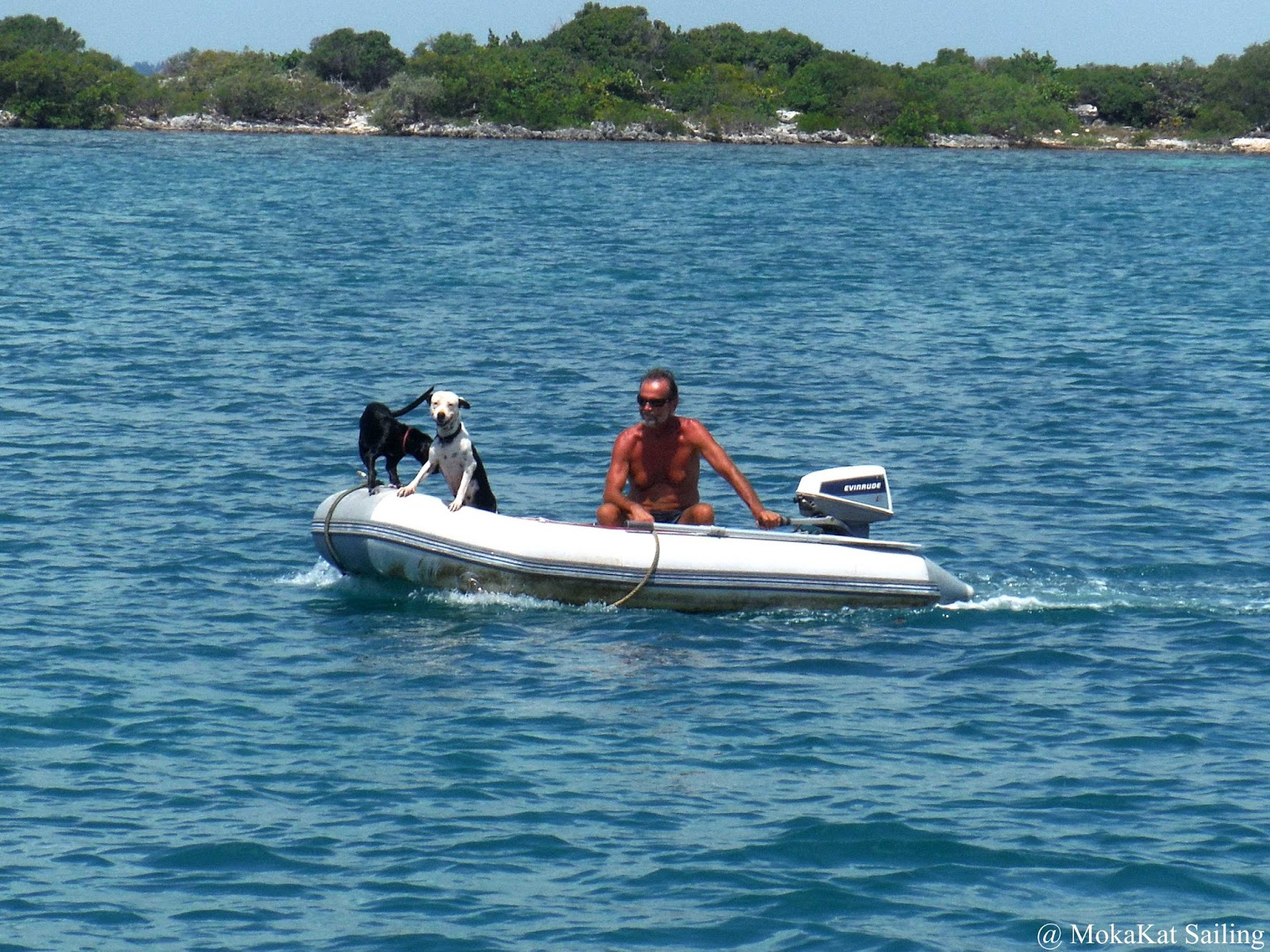 Local cruiser with his two dogs! 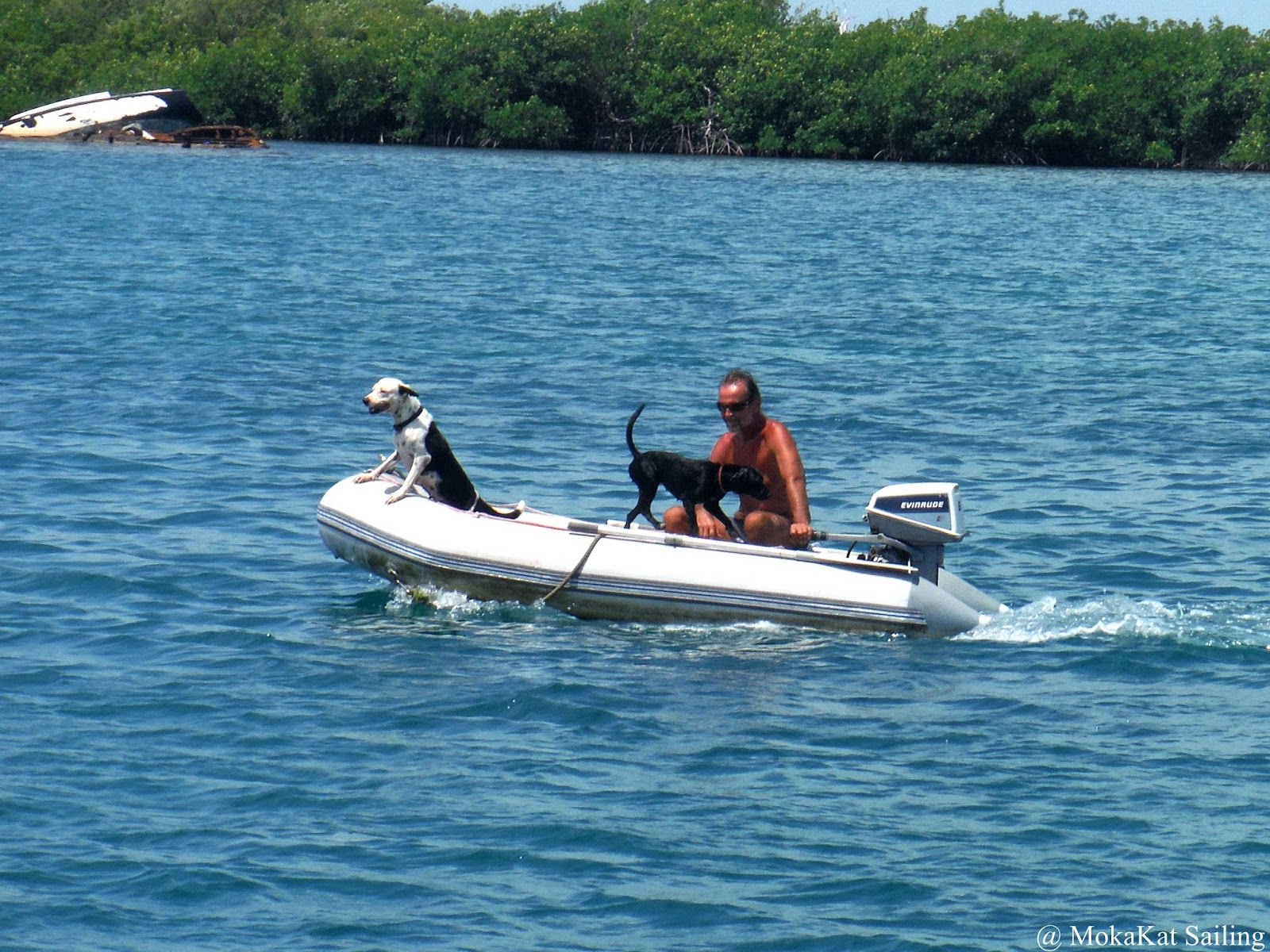 The dogs loved riding in the dink!!!
El Milagro Marina had a cruiser BBQ one night, so we all pitched in some money and the staff from El Milagro cooked fish, ribs and many side items.  It was fun for all!!!  Great job Julio!!! 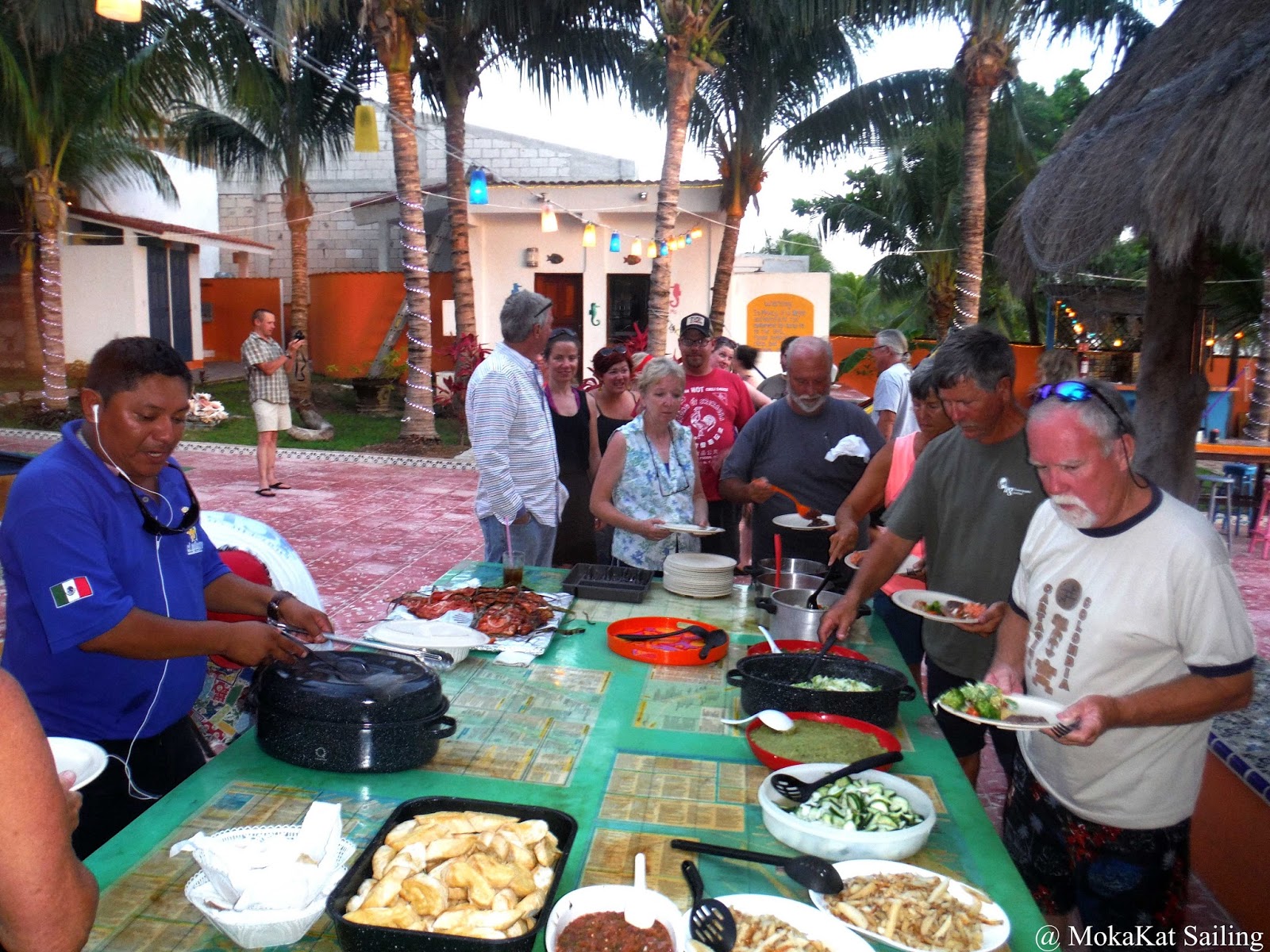 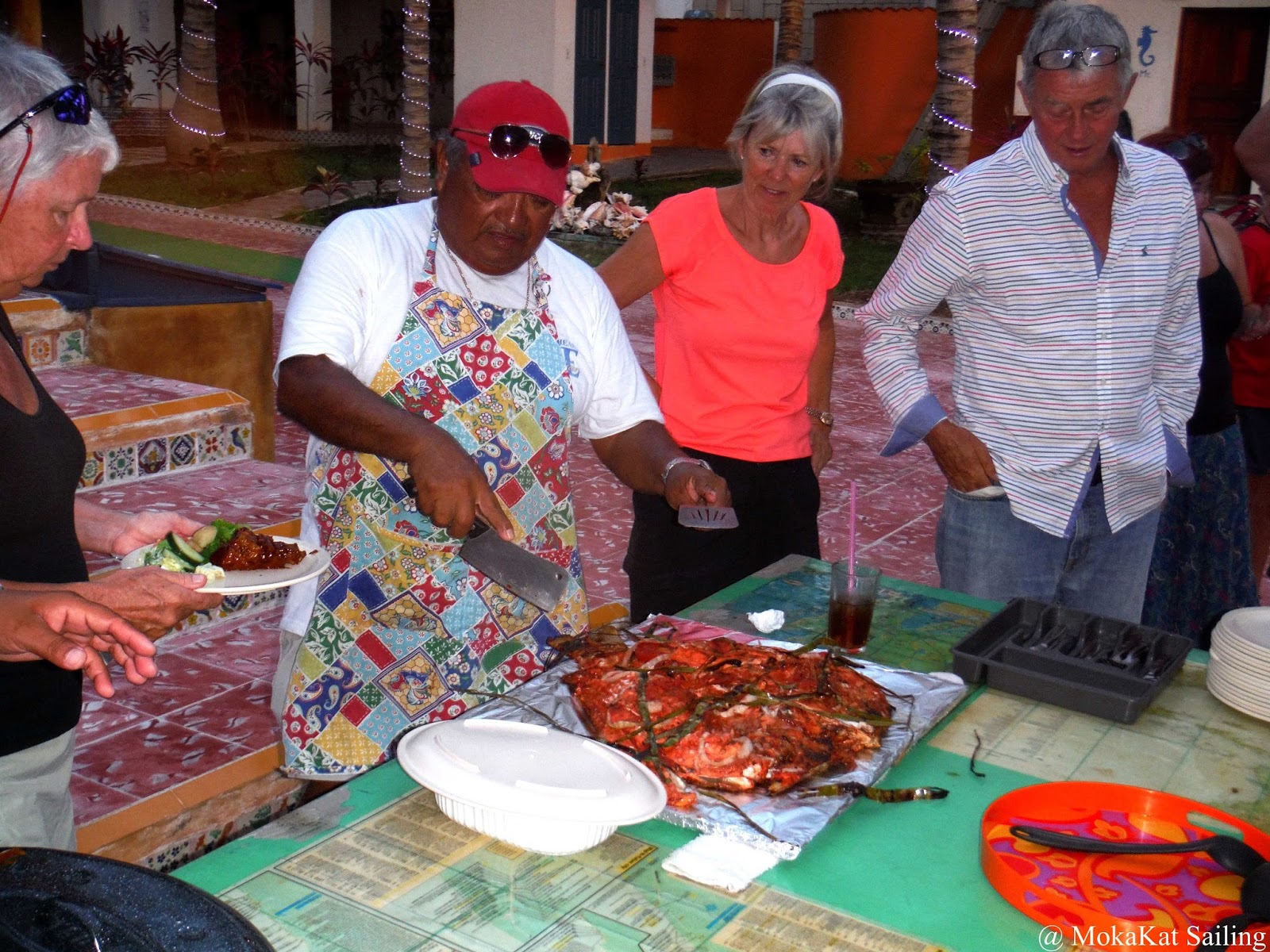 Julio with Barbara and Clark from s/v Koa Kai 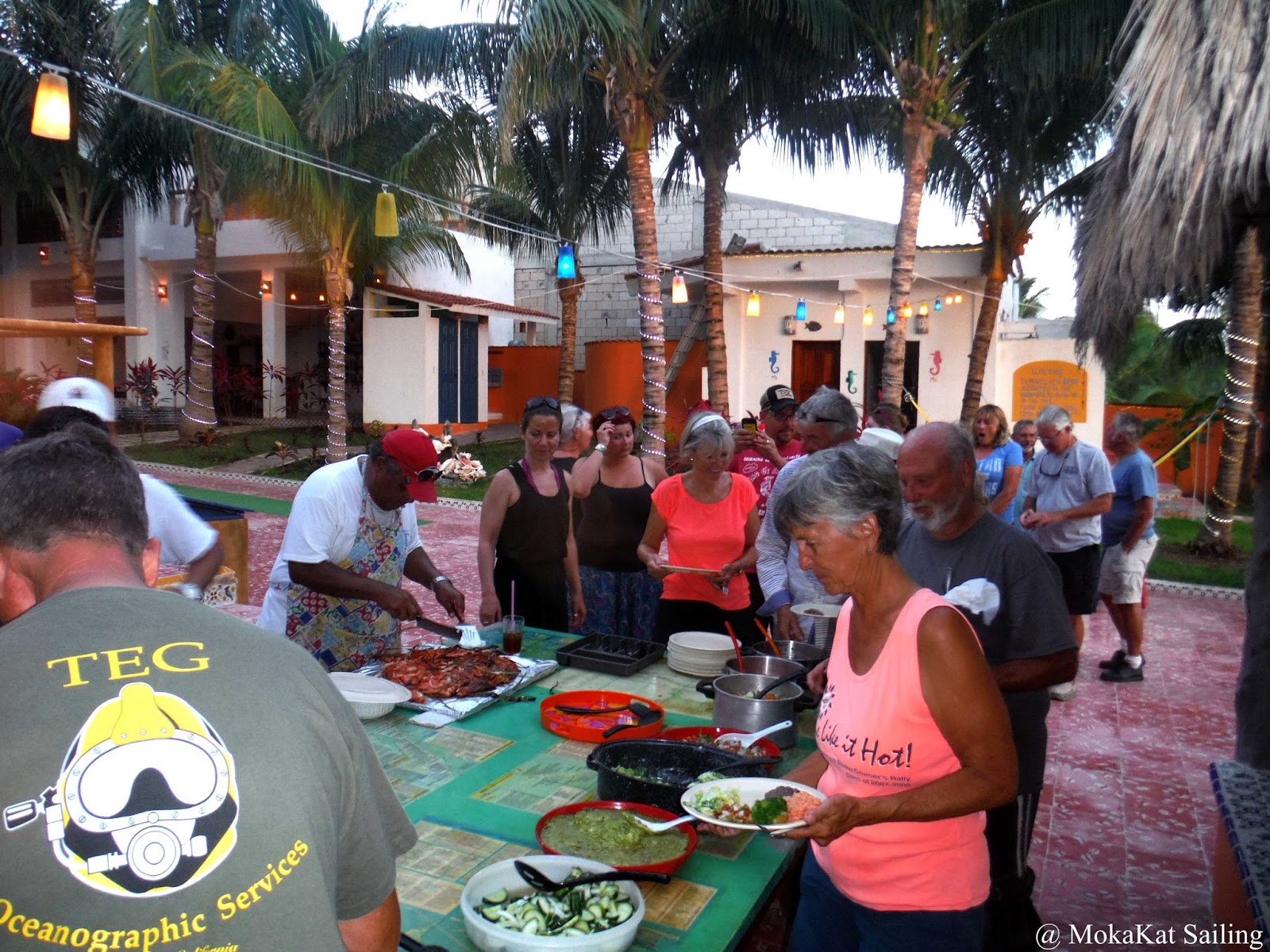 A large group showed up!!!
Happy Sailing from MokaKat!!!!
Posted by Unknown at 10:34 AM