We pulled up anchor around 10:00 from  San Pedro (yes this group likes to sleep late), and headed to Cay Caulker, about a 12 NM trip.  We had a nice three hour sail over and Blake helped get the main up and started his sailing education.  Blake let out the fishing pole and caught the ugliest fish we have ever seen.  It looked like a snake fish with large teeth.  We took a couple of pictures, threw it overboard, and gave Blake the ugliest fish award!  Yikes, it was ugly! 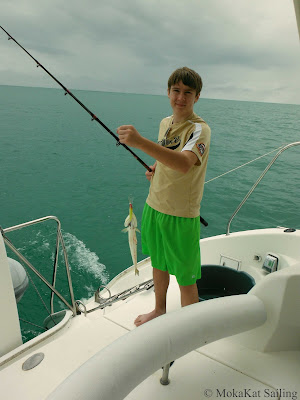 The harbor at Cay Caulker was crowded and rough, as the wind was coming from the north west.  We anchored out a little, as we were only going to stay one night. The good thing about the wind direction is that the east side of the cay would be calm, where we can snorkel.
There is a coke and beer distributor there by the fish dock, so since we were a little low on drinks, Blake and I took the dinghy in and bought some cases of cokes and water.  There was also some fishermen selling lobster on the dock, so we bought 8 pounds for about $25US.  It was a wet dinghy ride back to the boat, as the waves were getting large in the harbor. 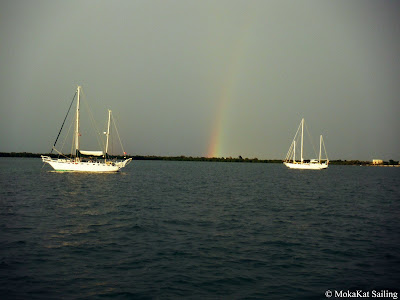 
We then put our snorkel gear in the dinghy and headed off to the south pass.  There are mooring balls at the south pass that you can tie your dinghy to, so we took one and hopped into the water.  We had a good snorkel, seeing some stingrays, lots of colorful fish, a couple lion fish, a lobster, and nice reef formations.  The pass has clear sand and deeper water in the middle, but has nice coral formations on each side.  We set the bar high with the Hol Chan experience, so this snorkel seemed not so exciting as swimming with the sharks, but still very nice. 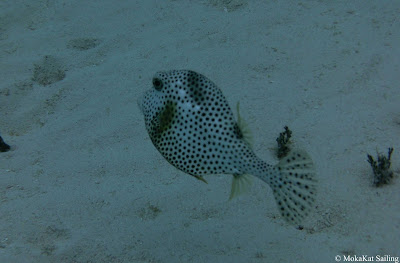 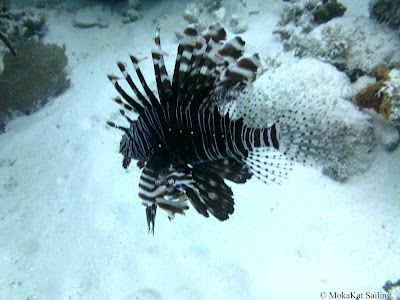 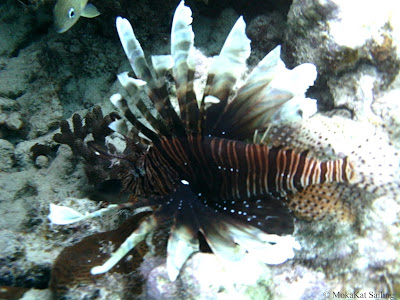 Once back on the boat and dry again, I fired up the BBQ grill and grilled four of the whole lobsters.  It was a great meal, and everyone crashed early. 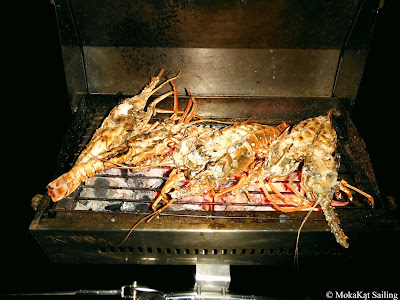 Whole lobsters on the grill 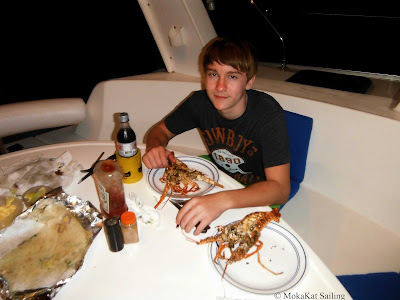