Today we headed toward Belize City and Cucumber Marina, where we can catch a taxi to take Blake to the airport.  It is also New Year's Eve, so it will be nice to be back with people again.


The winds were light, so we sailed for awhile and then ran the engines.  We sailed by two large cruise ships that had arrived at day break,  it was their wakes that woke me up around 6:00.  Everyone was pretty tired from our week's activities, so we took our time sailing into the marina. 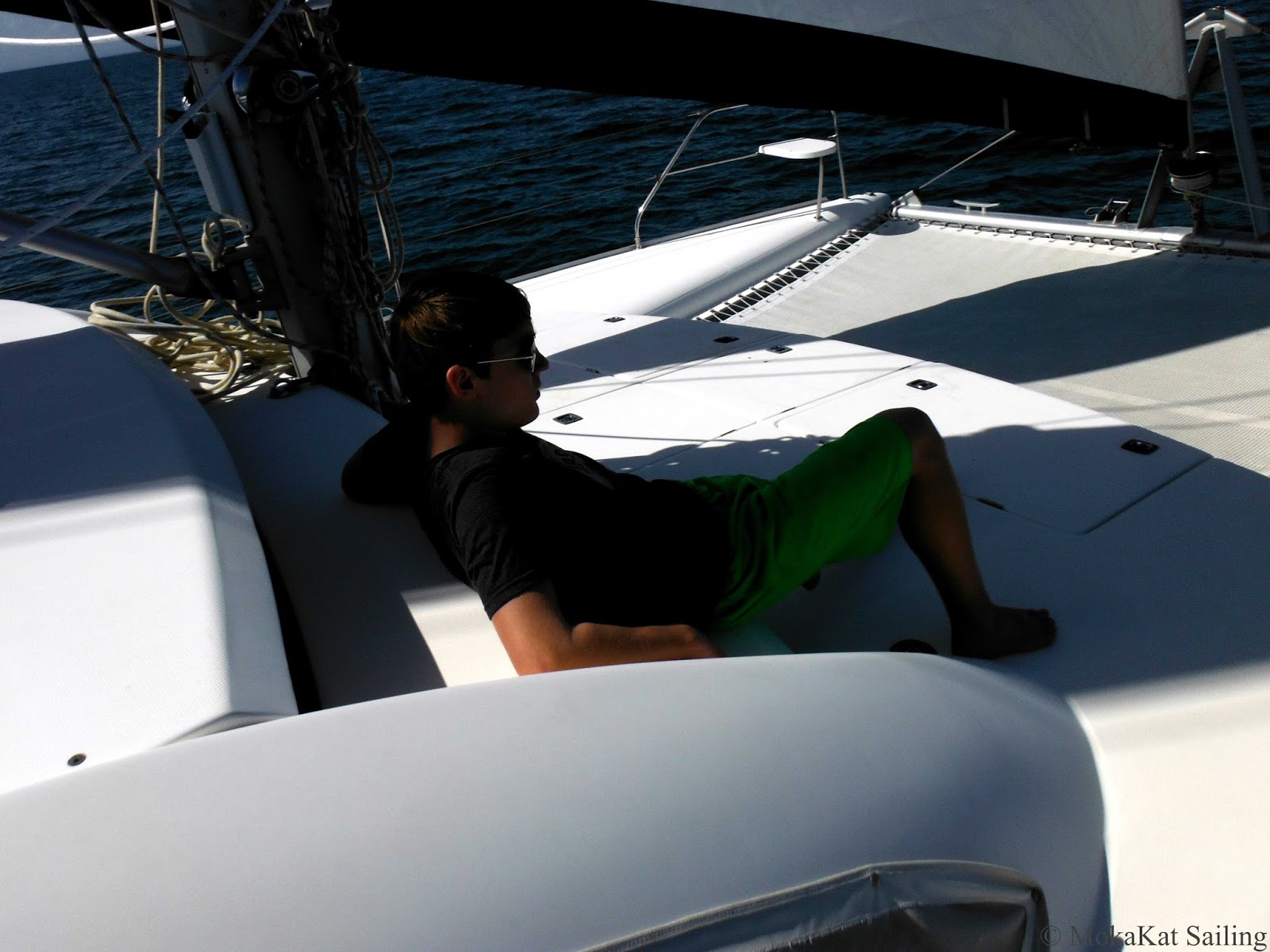 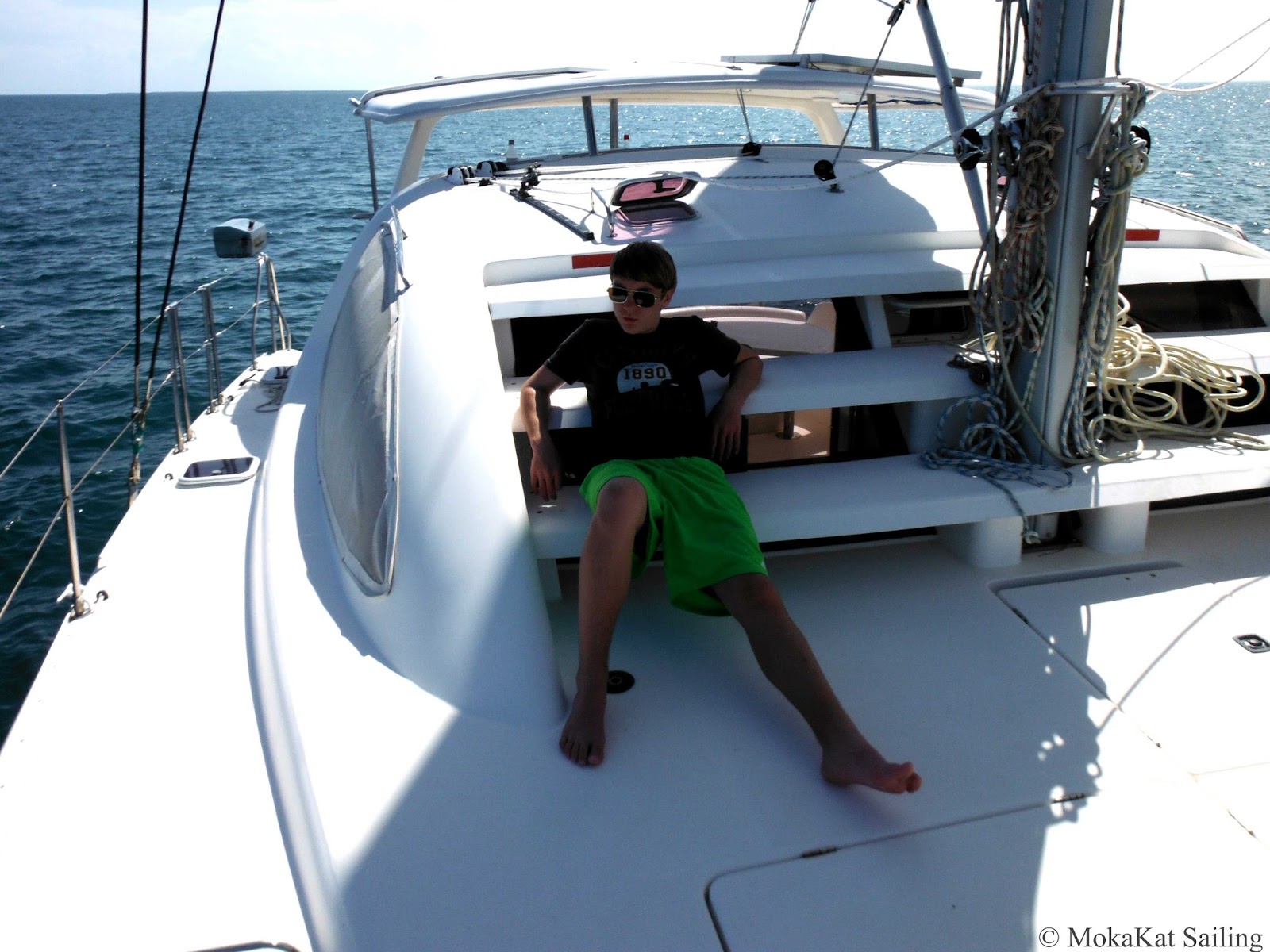 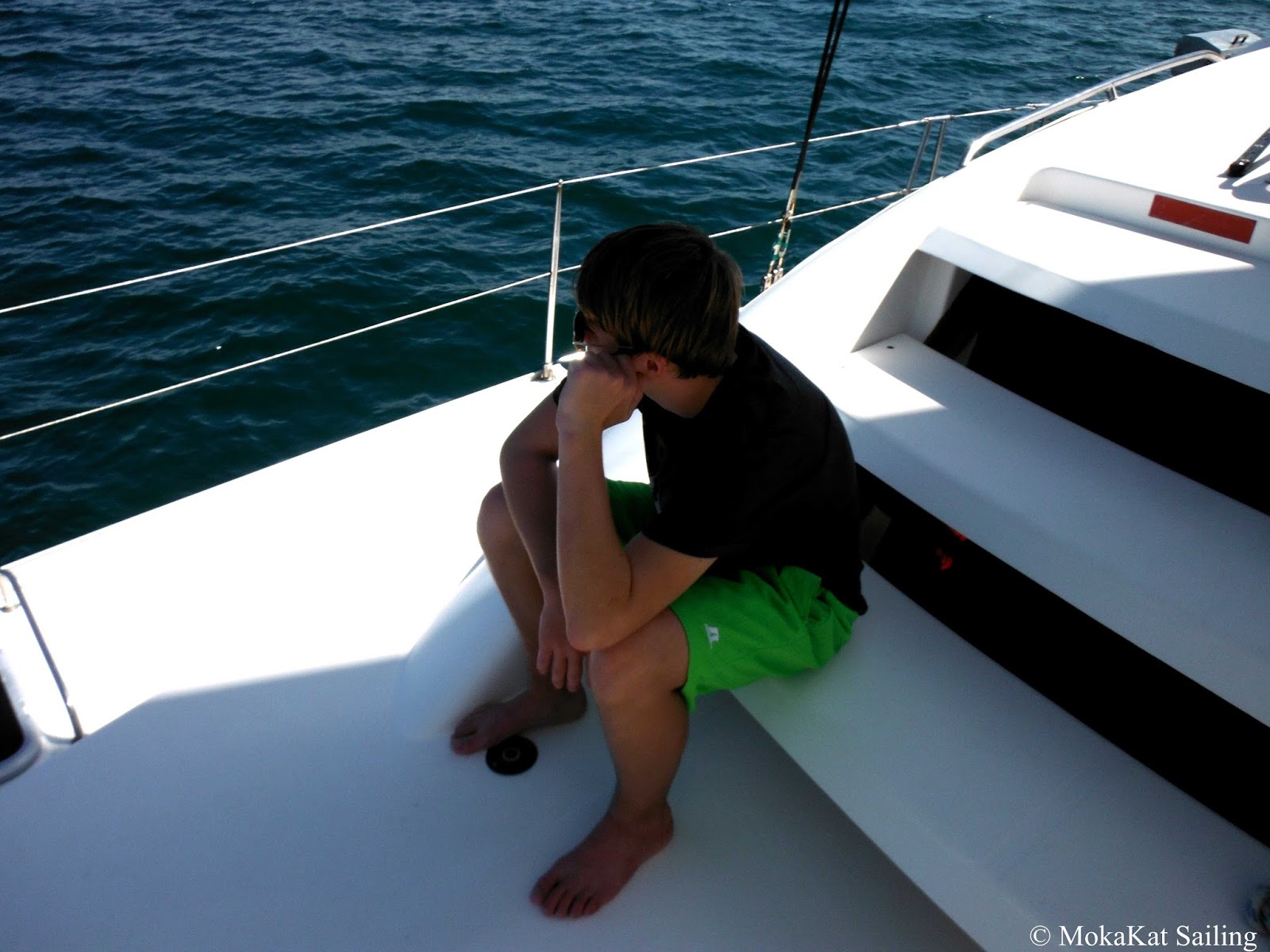 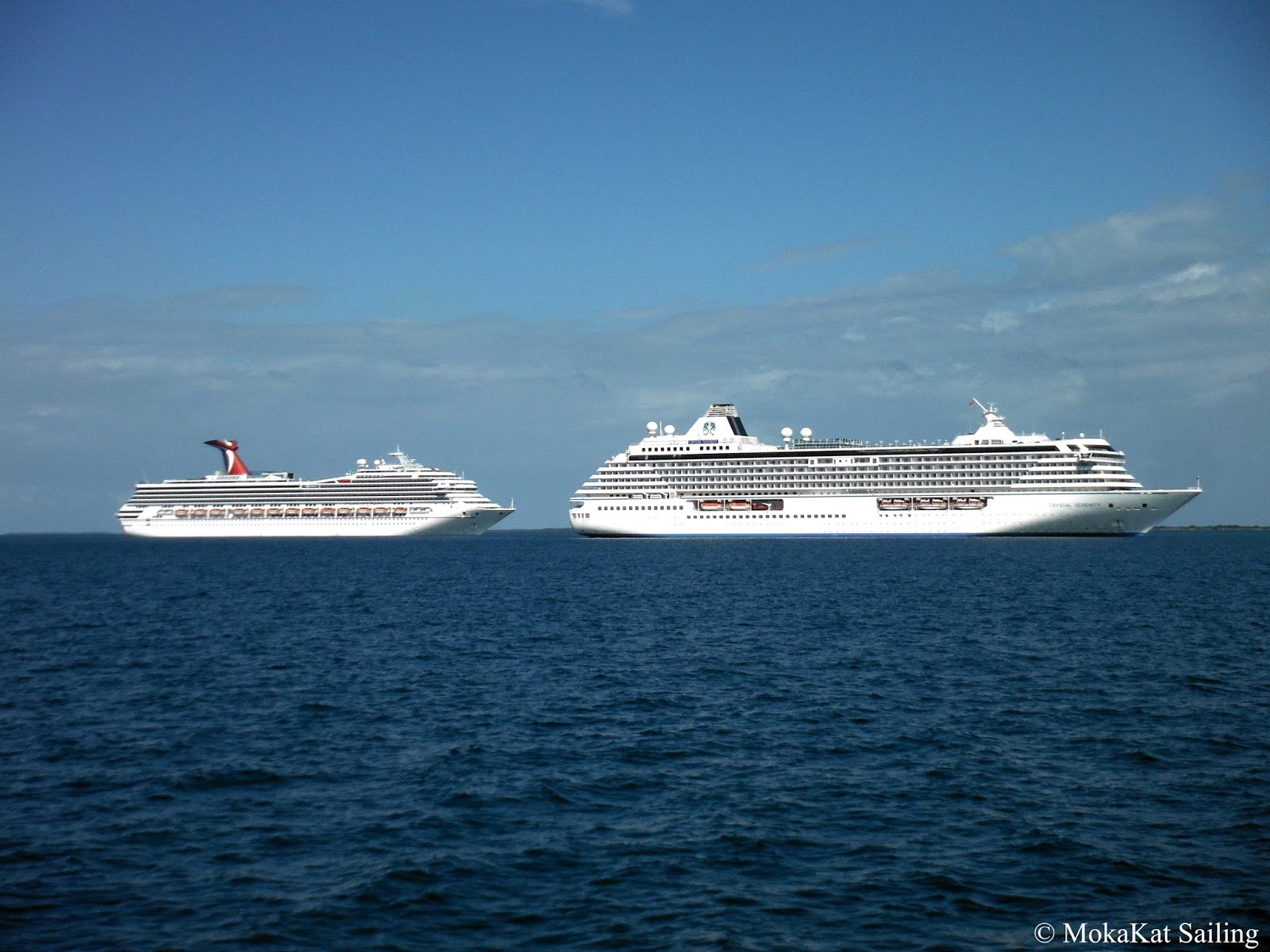 We sailed close to some anchored cruise ships in the harbor
﻿ 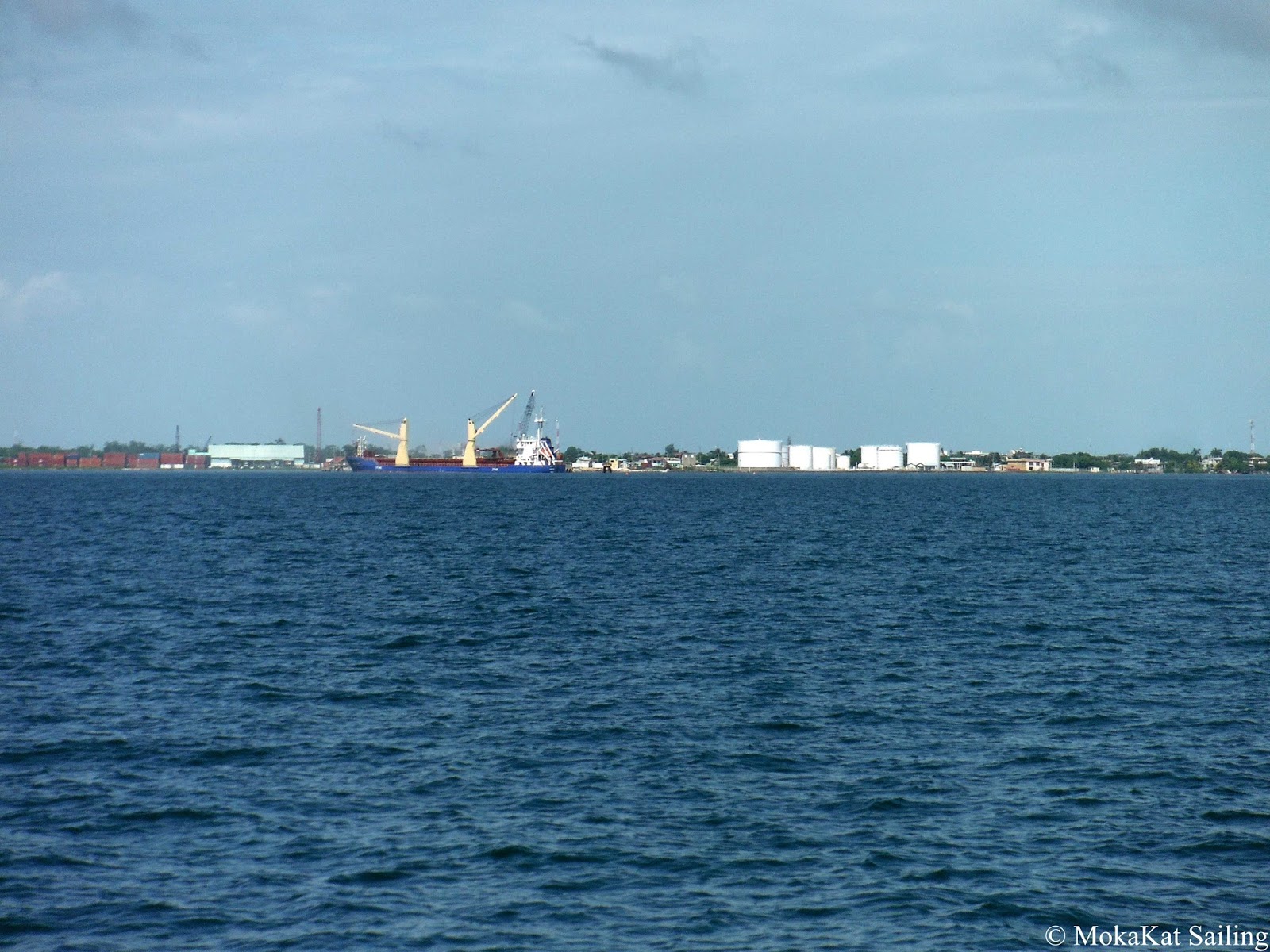 
Mom made some tuna fish for lunch, so we drifted outside of the marina entrance eating lunch and waiting until after 1:00, when the marina staff would help us with our dock lines.  After eating, we headed into the marina.  I always get nervous coming into marinas, as my docking skills are still being developed and I didn't know the layout of the marina.  This marina was pretty easy, but I had to pass our slip and do a 180, and come back for a side tie.  I am sure that I went too slow for the locals, but we made it perfectly.  We were happy to be on a dock again for a few days.  Unfortunately, we didn't have the correct connection for their shore power, so we would have to wait until tomorrow for shore power.

We cleaned up the boat, and then ate dinner at the restaurant.  Blake said that he didn't want any seafood tonight, as we have eaten conch, fish, and lobster all week! Blake had BBQ ribs, mom had nachos, and I had a T-bone steak.  It was nice not to wash dishes after dinner and relax a little!

We played dominoes until midnight, and then watched the fireworks in the distance in Belize City.  I was able to have a video Skype call with Maria Paula, just before midnight.  I was the victor of the dominoes game, in a heated battle!  We all crashed except Blake, as he stayed up to watch a movie.  Tomorrow we will take a taxi to the airport, and. Blake's vacation will be over.  We have enjoyed having Blake all week, and I believe he had a great time!
On New Year's Day, we slept in a little, but needed to get Blake ready for his flight.  The taxi came and picked us up a little early, as there was a bicycle race in the city and it could bog down our drive to the International Airport.  We arrived in time to check in and eat lunch!  This time there was no hassles at the airport.  A hug and a 'I love you;, and he was gone, him heading back to Oklahoma and cold weather, and me back to MokaKat. 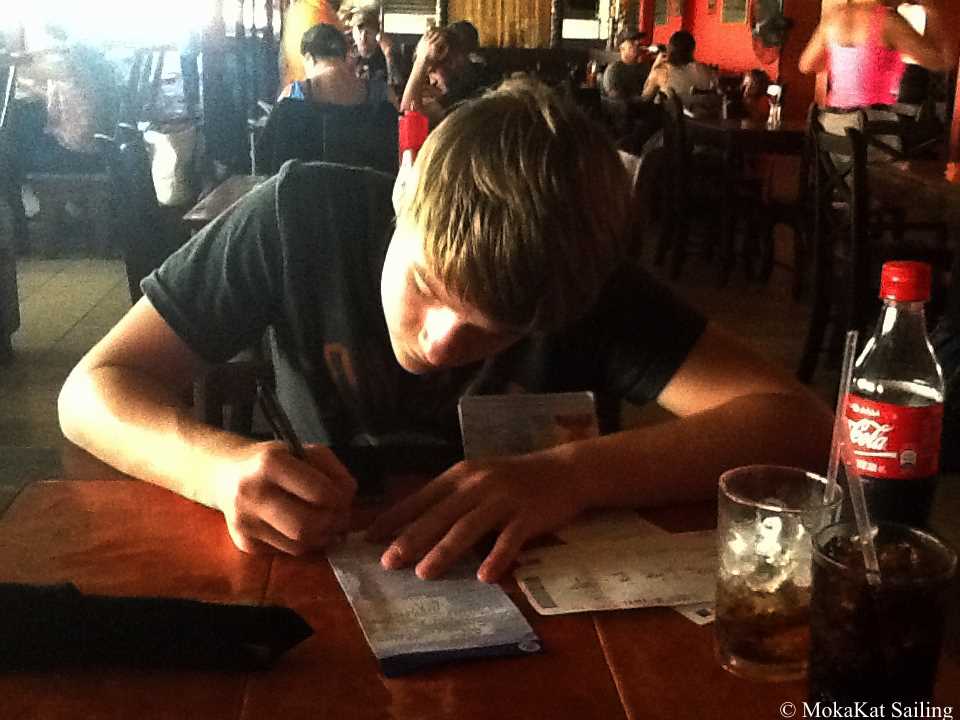 Blake filling out US Immigration forms during lunch at the airport
We had a great visit with Blake!  We were all tired, as we packed a lot into a week! 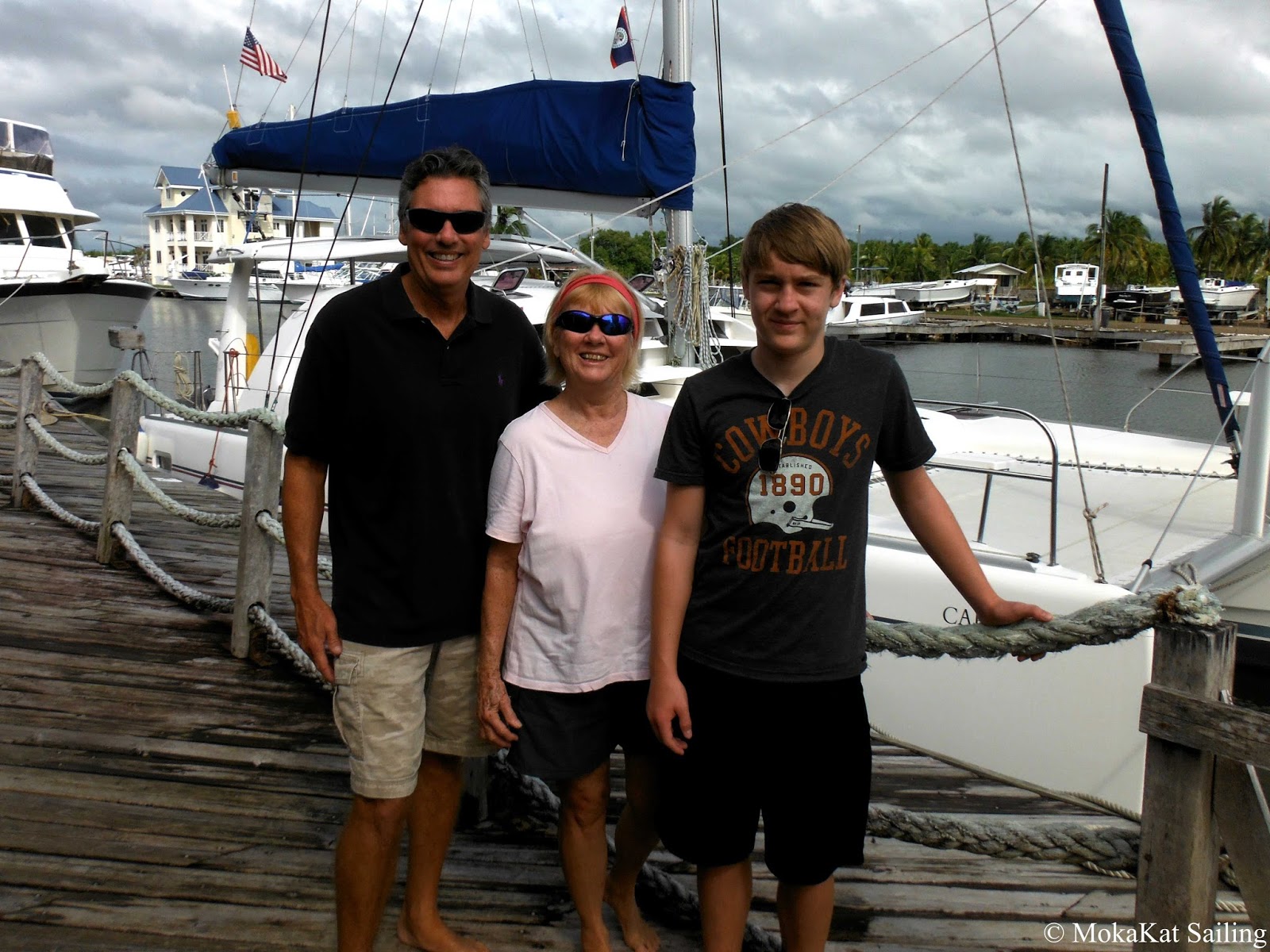 Happy New Year 2014
from the crew of MokaKat!

A three generation picture!
Dale, Augie, and Blake.
We are looking forward to our next guests and maybe another country in coming months ahead!
Happy sailing from MokaKat!