After a rough night on anchor just down from the municipal dock in Livingston, the morning started out with a dead calm.  It was nice to see the area in a quieter state.  Last night was a little crazy, as the wind and ocean swells, bucking the river current, made the area very rough.  Also, we were anchored near some derelict fishing boats, and hopefully they stayed moored, and we didn't drag.  After a fitful night, the morning was a relief.  It is not recommended to anchor where we did, but because we were so late, and were not knowledgeable of other anchor spots closer, we stayed in Livingston.  Next time we will check in earlier and avoid the Livingston anchorage! 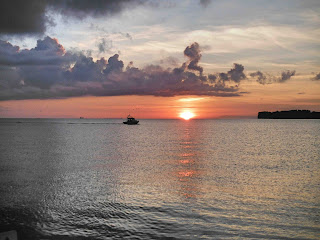 A calm morning a Livingston, Guatemala 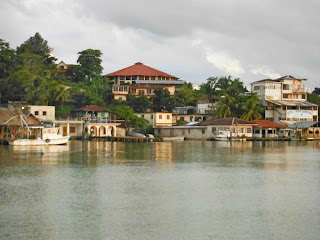 Sleepy Livingston Municipal Dock, quite the contrast of yesterday and last night! 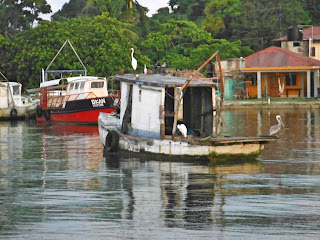 One of the derelict fishing boats close to us!  I like the birds hanging around! 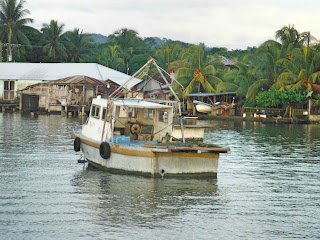 Another fishing boat close to us
Anxious to get started up the river to Fronteras, about 7 or 8 miles up the river, we had a quick breakfast and raised the anchor.  Phil and Julie wanted to catch a bus from Fronteras to Antigua this afternoon, on their way to Costa Rica.  The owner of the house sent Phil an email asking if they can get there any sooner.  Originally, they needed to be there on October 5th, so they thought they had a couple of days to spare.
The motor up the river was spectacular, as the river ran between the mountains, and there are high rocky bluffs on each side.  It reminded me of the Buffalo River in Arkansas, but here there is jungle and Mayan fishing boats along the way.   Since we were heading up-river, we were bucking a strong current, and we were only making 4 knots, running both engines.  The trees and jungle growth was amazing, and I am sure that the pictures don't do it justice.  The smell of the ocean was replaced with the jungle and fresh water smells of the river. 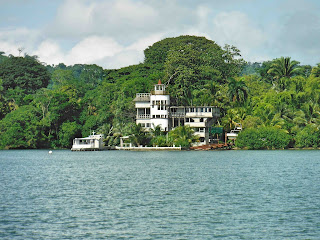 Large house on the River 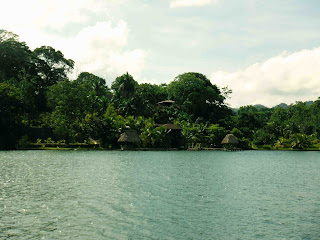 Beautiful houses on the shore 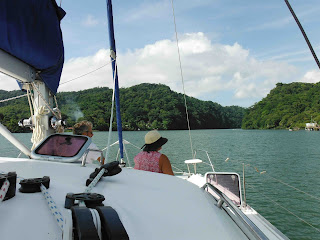 Phil and Julie enjoying the moment 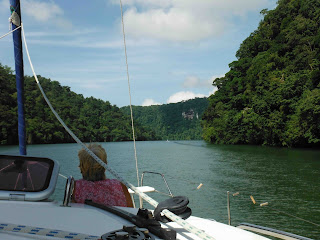 Heading into the beautiful gorge 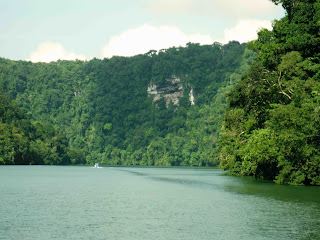 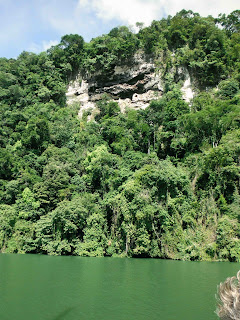 It looks like a some caves in the rocky part 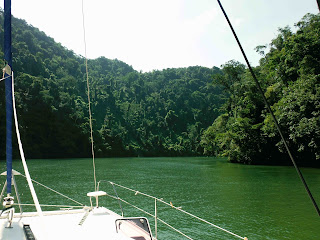 An amazing way to travel up the river! 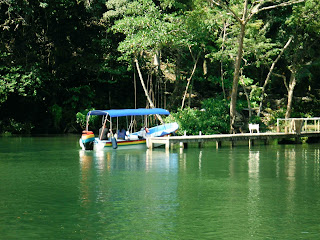 This boat won our vote for best color combination and matching engine cover to boat!  We saw it back in Livingston, but I couldn't get a picture!  I was surprised as it passed us on the river.  They use these boats as taxis to take people from different places on the river and lakes.  The life here is surrounded by boats and water.  Even school children take boats to get to schools.  We love water life!  We also take our dinghy to go shopping and to visit friends on boats and other marinas.  It is just like a car for us! 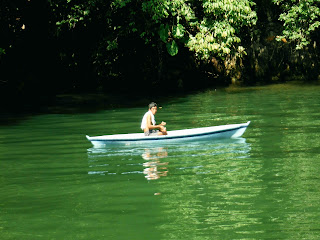 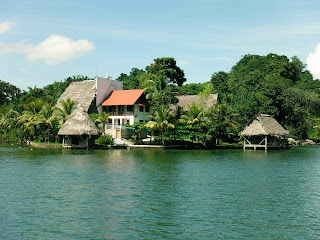 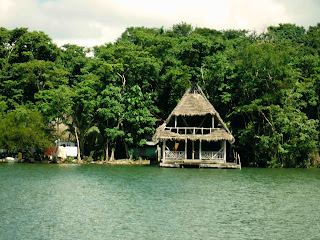 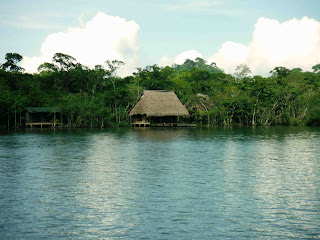 After about 4 miles on the river we came into El Golfete, which is a large lake fed by the river.  There was no wind and the lake was glass calm.  There are some anchorages here that we could have stayed in last night, but we didn't  know how safe they were, so we stayed in Livingston. 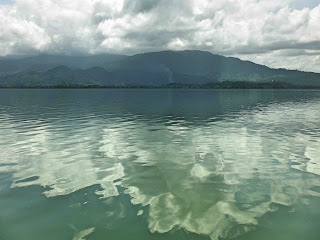 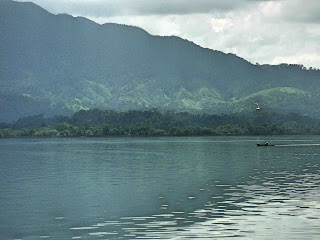 As we exited lake El Golfete, we started seeing houses, marinas, and catamarans!  We were getting closer to Fronteras! 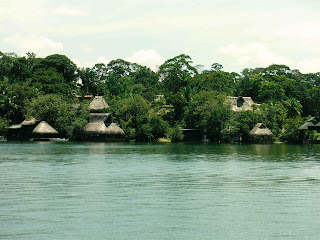 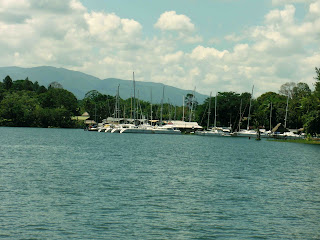 We finally arrived at Fronteras and anchored in front of Bruno's Marina and Restaurant.  I quickly took Phil and Julie to the municipal dock, where across the street was the bus station.  We really thought that they would stay one more night, but they ended getting tickets for the 3:00 bus to Guatemala City.  We were sad, as we only had a few minutes to say good bye, and we took them and their suitcases to the dock, and they were off.  We really enjoyed traveling with them, and hopefully in the future, we will team up again!  They made our trip to Guatemala much easier and the meals they prepared were outstanding!  Good luck Phil and Julie in Costa Rica! 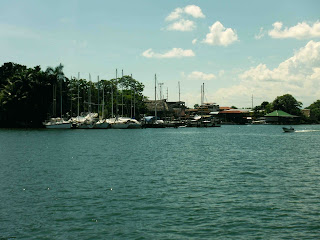 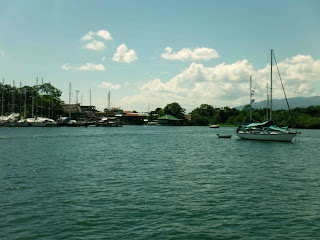 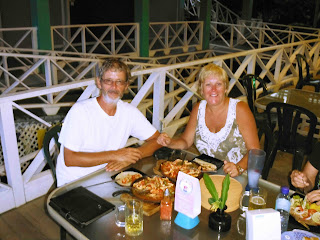