The day started rainy as normal here in Belize.  It was cloudy but with a nice breeze.  We watched several boats going to the beautiful island that sat just in front of our boat.  They were dive boats that would drop off a cook, and then the boat would head out to the outer reefs and deep water for the scuba enthusiasts.  We decided that we would eat dinner on the island tonight as a treat, so we took the dingy over to talk to the caretaker.  This is a private island, and they charge $10 US for each person to use the facilities on the island.  We were told or I understood from our Moorings briefing that if you ate dinner, they waived the charge.  Once on the island, we talked to Desiree to confirm our reservation and choose what we wanted to eat.  We asked her about the access charge, and she said that if we ate there it should be waived, but we needed to talk to her boyfriend.  We then asked if we can take a few pictures, so we walked around the little island and left, after 15 minutes or so.  I only mention these facts, as later they will be important!


We also saw an Arkansas Razorback t-shirt hanging on the wall of the restaurant and it had a list of names from people from Arkansas on it!  We also signed the shirt, so that everyone will know that MokaKat was there! 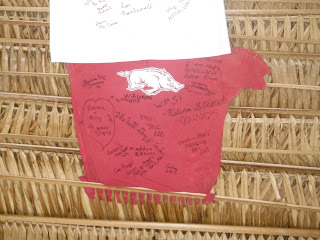 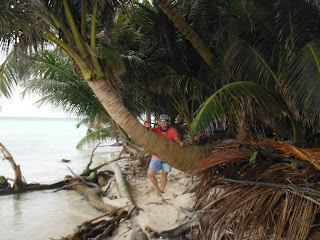 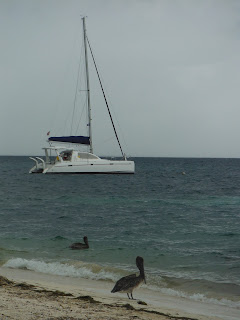 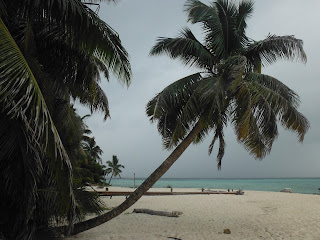 We then headed out to the reef for snorkeling.  I traded my lobster stick for a camera, and focused on seeing the beautiful sea life on the reef!  The water was very clear and we really enjoyed the trip.  Mom saw the most amazing animals, a spotted moray eel and a couple of very large spotted eagle rays! 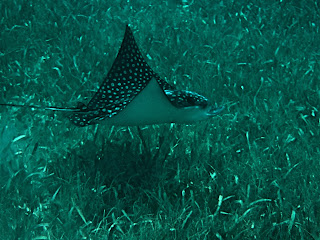 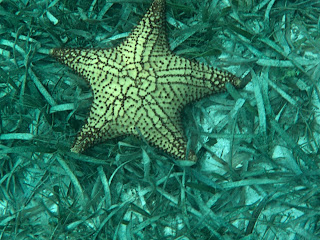 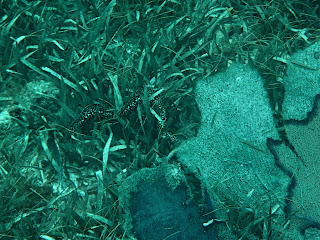 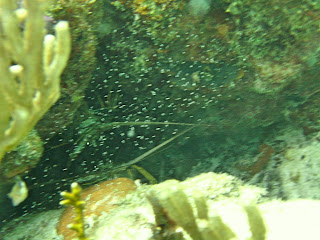 Can you see the lobsters?  Today they were safe, as I only have my camera! 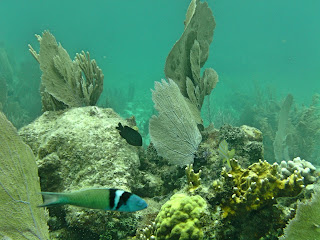 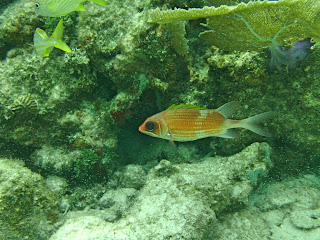 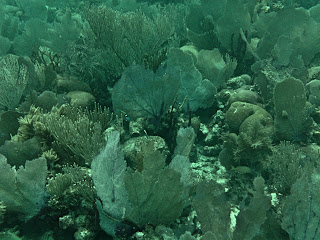 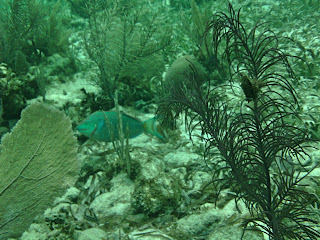 Queen Parrotfish (we saw a number of these, but they are all camera shy) 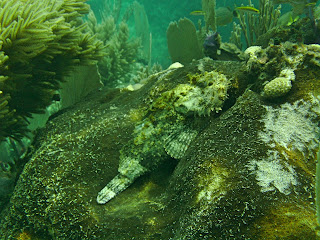 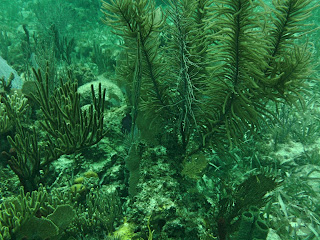 Not sure what these fish are called, but they hang upside down, blending into the plan stalks, waiting for something to swim by to eat.
For dinner, we had grilled grouper with their special seasoning!  It was very good!  We enjoyed the dinner and spent some time talking to Desiree.  She and her boyfriend live on the island for 3 weeks straight, and then go back to the mainland for 1 week.  They do this year around.  When it was time to go back to the boat, I asked for the bill.  I was a little shocked when they wanted to charge us $20 each for access to the island, plus the cost of the meal!  I asked Desiree about this, but she said that I had to talk to her boyfriend.  I talked to him and he thought that we had entered the island the day before, so he waived the charges.  He didn't seem happy about it, but we didn't want this to spoil a perfect day and evening on Ranguana Cay.  It was back to the boat and to bed early! 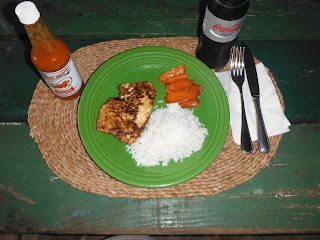 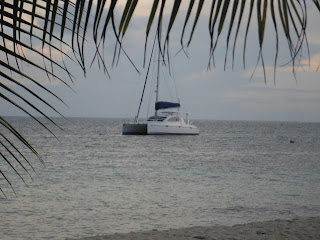 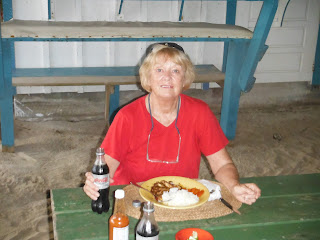 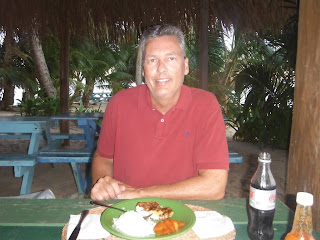 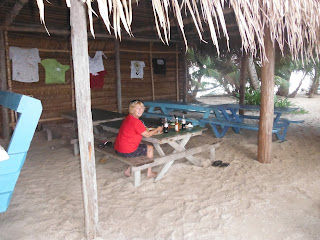